Welcome to 2019! It’s been a busy start to the year for the Sip Advisor and company, so let’s get right to it with a look at the last couple weeks:

First things first, a final update on the Storm Brewing 12 Fills of Christmas Mrs. Sip and I enjoyed throughout the month of December. The final eight beers included a Plumageddon Lambic, Christmas Morning Cup of Joe Nut Brown Ale, Salted Chocolate Stout, Merlot Glacial Gnarwhal, Candy Cane Pilsner, Whiskey Barrel Aged Stout, Lightning Wit, and Butter Rum Ale. Also, while stopping by for some of the brews, we were able to try samples of the Almond Roca Ale and Cranberry Black Pepper IPA. These guys and gals will never cease to amaze me!

Prior to a recent Vancouver Canucks game, Mrs. Sip and I met with friends at the Red Racer Taphouse (formerly the Central City Brewpub). I ordered their Teriyaki Rice Bowl, which was a satisfying meal on this wet, rainy day. For drinks, I typically give the Mystery Tap a shot, with the beer being the Doan’s Crystal Weise this time around. I also drank a pint of Parallel 49 Toques of Hazard White IPA. 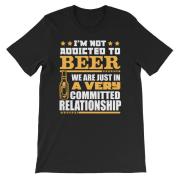 On New Year’s Day, we met friends for brunch at The Hub in New West. I really enjoyed my order of the Yankee Burger and Baby Sip seemed to like the pieces of meat and fries I shared with her. What about New Year’s Eve, you ask? Well, it was a quiet affair, with Mrs. Sip and I celebrating at home with Baby Sip. After years of always having elaborate plans for the occasion, we decided to take one off and relax.

This past weekend, the Sip Advisor was out in Langley, so I popped into B’s Craft Beer Lounge, which I hadn’t visited before. The place may be small, but it has an impressive lineup of beers, mostly in bottle and can form, but also with some unique options on tap. My flight was very interesting, consisting of the Storm Eggnog Latte Stout, Old Yale Vanilla Cardamom Imperial Red Ale, Twin Sails/Merit Cool Cool Cool Neapolitan Stout, and Field House Zinfandel Ale with Vanilla and Oak, which was my favourite of the set.

The next day, the Sip Family converged on the Vancouver Aquarium, where Baby Sip and her cousins encountered all the sea creatures on display. Following the Aquarium, we had a late lunch at the nearby Prospect Point Bar & Grill, where I enjoyed their On Point Burger. Our service here was excellent, given our big group and energetic youngsters. 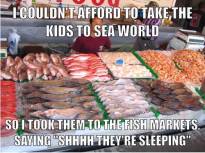 We wrapped this edition of Sip Trips with a visit to the Cineplex VIP Theatre at Marine Gateway. While enthralled by Bohemian Rhapsody, I sipped a Red Rum Spiced Red Ale from Dead Frog Brewing. If you’re even a casual fan of Queen, you should see this movie.

Coming up over the next couple weeks are a couple more Canucks games, Mrs. Sip’s birthday, a night of whiskey tasting, and much more. 2019 is rolling along pretty well, so let’s keep it that way!

The holiday season in really ramping up, with parties and other festivities around every corner. Leading up to the big day, here’s what Mrs. Sip and I got up to over the week that was:

On Friday, we had another Vancouver Canucks game to attend. This time, friends of ours also had tickets, so we met with them at Devil’s Elbow Ale & Smoke House prior to puck drop. At the Howe Sound Brewing restaurant, I had a pair of their Wee Beastie Scotch Ale, while ordering the Southern Fried Chicken sandwich for my meal. The fries at Devil’s Elbow come with a neat adobo ketchup, which I found myself lapping up like it was going out of style. Mrs. Sip tried their Gumbo, with a side of Mac n Cheese Cornbread (complete with cheese sauce drizzle), washed down by a Father John’s Winter Ale. 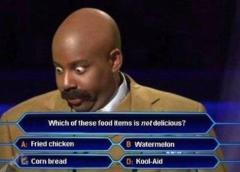 As for the game, it was a thrilling 4-3 overtime victory for the Canucks. Mrs. Sip and I refused to let the ticket scanner snafu we encountered – which caused us and many others to miss some of the action and the first goal of the contest – dampen our spirits. Upsized servings of Central City India Pale Ale and Goose Island IPA helped with that.

The next day was our annual Sip Syndicate Christmas party and gift exchange. For my Secret Santa offering, I put together a themed package of things meant to keep you warm. This included a pair of Smart Gloves, which allow you to mess around with your phone while keeping your mitts toasty and the Postmark Brewing Winter Warmer. Our meal was fantastic, with each couple contributing a dish or two and everything turned out perfectly.

The weekend wrapped with Mrs. Sip and I meeting a friend in New West for brunch at The Hub. I tried the Hub Burger, which was very good and sipped on the Bomber Brewing Choqlette Porter. The beer was as tasty as I remember it being last time I enjoyed it. 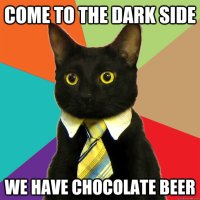 Tuesday evening offered our fifth and last Canucks game of December. Prior to the match, we grabbed dinner at the nearby Triple O’s restaurant, which on Tuesdays has a spectacular burger/meal deal. Original Burgers are only $3.69 each, while adding fries and a pop will set you back $8.19. On Canucks game days, you can get a burger, beer and fries for about $10, which would have been the route I took, had we not done takeout.

At our game, we may not have had the outcome we desired (a 7-5 loss), but the match versus Montreal was very entertaining and even included a hat trick for Thomas Vanek of the Canucks. Mrs. Sip and I shared an upsized Hoegaarden to start the game, which was a tasty first period treat.

This weekend is Christmas, of course. It’s always a crazy time for the Sip Family and that’s just the way we like it. From my family to yours, I wish all you little sippers a safe and merry holiday!

In recent times, I’ve grown quite fond of brown ales, but sadly, the Parallel 49 Old Boy Brown Ale was not one to make my favourites list. The brew just didn’t hit the spot.

I was served the beer at The Hub, in New Westminster, as part of a tasting flight. Perhaps it was overshadowed by my enjoyment of fellow samples, Ninkasi Vanilla Oatis Stout and Fuggles and Warlock Destiny IPA.

I will say that it’s an easy drinking beer, which might be right up someone else’s alley. The Old Boy is inspired by traditional English brown ales and if provided with another opportunity to try the ale, I probably would.

I have to commend Parallel 49 for their label work on this beer and most others in their portfolio. There isn’t much that beats the image of a proud pint, complete with monocle, cane, moustache and top hat. It’s like a boozier version of Mr. Peanut!