The Sip Advisor is full of a lot of hate… but with that, also comes love. This new feature to the website will look at a certain subject and dissect three items I love and three items I hate within the topic. Up first, airports from around the world. Here are the ones the Sip Advisor doesn’t mind spending time in:

The amount of times I’ve been day drunk in London-Heathrow Airport is quite impressive. On one trip in particular, Mrs. Sip and I were served – for free – full Gimlet and Vesper cocktails, as Duty Free locations were showing off gin and vodka products. There are also usually a few Whiskeys or Scotches available to sample and you can attain quite a buzz between flights. Heathrow is also a great place to get souvenirs, such as British chocolate bars.

At times, I have had an odd love-hate relationship with my hometown airport. I didn’t like going because it often meant sending Mrs. Sip off on her next great adventure. In the same breath, the site was nothing but joy when she would return from her journeys. It has also been the location of my own trips abroad… but every time you return, the airport is home to the celebration. Vancouver International is also a beautiful facility with transportation directly to Downtown Vancouver. 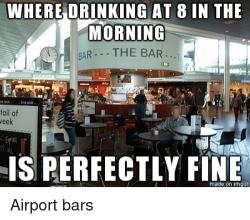 Slot machines inside an airport… what isn’t there to love about this place! With all the times I have been through Las Vegas’ McCarran International, I have never had a bad experience. There’s an energy in this airport that simply can’t be recreated elsewhere. Not to mention, the commute from airport to Las Vegas Strip is incredibly short and keeps the good vibes rolling and party potential optimized.

Narrowly missing my love list were Edmonton (great place to do an airport pub crawl), Amsterdam (seriously, the place has not one but two McDonalds), and Taipei (where hours can be spent checking out each of their themed boarding areas). Now let’s move onto the worst of the worst:

First, it’s not easily connected to Toronto’s downtown core. Second, it has one of the most confusing layouts I have ever encountered, with poor signage and even worse service from those who are supposed to be guiding you. It seems every time I land in Toronto for a connecting flight, I’m left with little time to get through customs, collect my luggage, go through security all over again, and make it to my gate. And if you’re final destination is Toronto, then things are even worse! 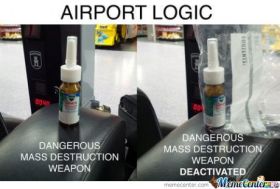 While I love landing at LAX because it means Mickey Mouse and all his pals are only about an hour drive away, leaving from the same airport is often a disheartening task. The place is in need of some serious updating, which is slowly happening in some parts. Often, we would be on our way home, which is already disappointing enough, and then we’d be in a terminal that had zero to offer as far as food or beverage went. With a couple hours to kill, there really wasn’t anything to do but be cranky and miserable.

This disgusting hellhole still gives me nightmares. Most notably, we have photos of no smoking signs throughout their food court, while every single person is lighting up and filling the place with disgusting smoke. Also, they only accept cash at stores and eateries, but when you’re (thankfully) leaving a country, you’ve often done everything you can to rid yourself of that country’s currency, leaving you completely out of luck. 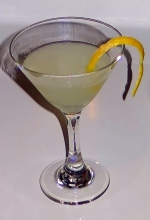 Which airports out there do you either love or hate? Disagree with my assessments? Let me know in the comments!

Sip Advisor Bar Notes (5 Sips out of 5):
I can’t believe it took me so long to make this classic cocktail. It is a boozy one, but the flavours are so nice and work well together to provide the beverage balance. I recommend this to sippers of all walks. You will not be disappointed!