Last year, I put out a four-part series (links here, here, here, and here!) on spirits I wanted to taste. I’m happy to say that since those articles were published, I’ve tried half of the 20 selections, or at least a similar booze. While some of those objects of affection still remain (most of which I have sadly yet to even see with my own eyes), it’s high time I update the list and include some of the interesting liquors I’ve discovered since or neglected to include in the first run.

Made by Bols, this gin combines the flavours of lemon and grapefruit and all I can say is bring it on! I have a feeling that I’ll have significant trouble tracking this spirit down, but I’m always up for a challenge. If any readers in the Netherlands want to give me a helping hand, you know it will be appreciated.

I’ve been really into gins lately and this option came into my consciousness through some recent messaging on Twitter, between the Sip Advisor and Darnley’s View Gin, makers of the spirit. Another product that will take some effort to locate, but when I can cross this off the list, it’ll be that much more satisfying.

Captain Morgan seems to be the originator of the spiced rum, or at least one of the most popular brands rocking the libation. To add a sherry oak finish to an already good rum option would be quite the game changer and would provide a whole new outlet for creative cocktails.

Produced by country music star Kenny Chesney, I’ve only found Blue Chair Bay white rum, thus far. Spiced rums are of high praise and priority for the Sip Advisor and this is the first I’ve ever heard of a coconut spice option. All you have to do is believe and it will eventually come to be!

Nothing goes better with tequila than lime juice, so why not bottle the two BFFs together!? I really haven’t experimented too much with flavoured tequilas as of yet, but there are a few options out there. For those who don’t want to venture too far out of the tequila comfort zone, this may be your best option.

Mrs. Sip and I are big fans of 1800 Tequila thanks to its smooth taste and very acceptable price point. While I don’t think this product will take advantage of 1800’s anejo variety, I think it will still be a tasty alcohol. In fact, we just picked up a bottle of the booze the other day, so this entry may be short-lived here. 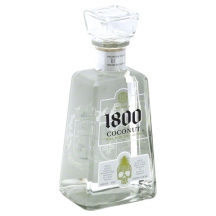 I like my drinks to have a bit of a bite to them and so this tequila is right in my wheelhouse. We are also familiar with the Bear Hug brand after enjoying their mango-infused rum this year and I’m ready, willing, and able to tackle this spicy tequila variety. It can’t be worse than a couple Flatliners!

It shouldn’t be long before I have this product in my hands, as I’ve already located it and although Mrs. Sip offered to grab it for me, I politely declined (because I’m an idiot!). This spirit mixes tequila with cinnamon notes and sounds like a fun shooter to me. It could also be added to some unique cocktails.

One of my all-time favoruite ice cream flavours in a bottle! While flavoured vodkas are a dime a dozen, this offering is said to be quite good and it would be like a return to childhood. Iceberg also has an interesting and unique option in Crème Brulée Vodka, which would surely be of interest to Mrs. Sip. 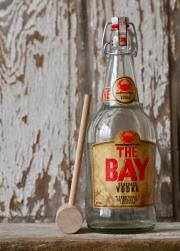 You don’t often see the word marmalade associated with alcohol, so this is one product that leaps off the page to me. I’m curious as to how much of a tangy flavor this vodka will have. One Paddington Bear better keep his paws off it, however, or else I’ll ship his ass back to deepest, darkest Peru, before he can even put the bottle down!

When Mrs. Sip and I popped into a bar in Manhattan recently, this bottle amongst the place’s shelves jumped out at me. Stupidly, instead of asking for a drink using the liquor, we went with items off their happy hour menu and missed out on sampling the nectar… so, on the list it goes! 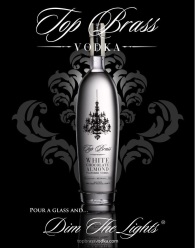 Using a base of scotch, this product adds various spices, tangerines, cinnamon, almonds, and honey. That sounds like a cool blend to the Sip Advisor and it’s even advertised as the “Best Liqueur in the World,” but I’ll be the happy judge of that. This is another product I’ve actually located, which is half the battle.

What do you get when you take whiskey, citrus flavours, and rock candy… you get Rock & Rye, of course. I’m pretty sure this product actually exists to be purchased, but it also sounds like a homemade remedy that some Dr. Frankenstein mixologist made up. Apparently it appears in the classic film Animal House.

Mrs. Sip and I recently picked up a bottle of this Irish whiskey-based spirit for my father-in-law and I look forward to sampling it with him at some point. Complementing the whiskey is honeycomb and caramel flavours for what promises to be a sweet but strong sipper.

Earlier this year, I was introduced to Amarula Cream, which I prefer over Bailey’s Irish Crème and other similar products. Then, while traveling through Europe this spring, Mrs. Sip and I came across the non-cream-based Amarula Gold. We weren’t able to pick it up then and haven’t seen it since.

Although I am 100% anti-coffee, I do make an exception for Kahlua and am curious to try their Midnight variety, which adds rum to the party for a stronger finish. The company’s promotional material reads, “It’s Midnight Somewhere” and frankly, that’s good enough for the Sip Advisor.

Another booze theme that I’m really into this year is smoky spirits and I’m hoping this is exactly what the doctor ordered. Smoke is a vodka-based elixir combining the flavours of pineapple, coconut, and Moscato wine. I’m not particularly sure where the smoke comes in that grouping, but I’m sure to find it.

I do like me some Courvoisier cognac (largely because of Saturday Night Live’s Ladies Man), so I’m down for sampling Courvoisier Gold and Rose, liqueurs that blend Moscato wine and Rose wine, respectively, with the cognac the company is famous for. Sounds classy and fun all rolled into one!

Hailing from India and using cow cream, whiskey, and other Italian (of all places) ingredients, I’m curious about trying it just to find variations to Irish Crème liqueurs. The Indian touch fascinates me, as you know the Sip Advisor loves his stuff from around the globe. 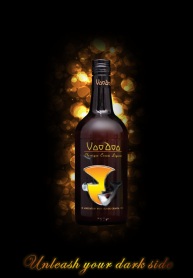 I want to try these bitters simply because I’m not sure what they are. While most bitters are pretty self-explanatory, I can only imagine that this product will make you feel like you tongue has been glued to a pole from frost build up. Apparently it mixes unaged rye, Sarsaparilla, various herbs and spices, and maple syrup.

Flavours include raspberry, chocolate, cherry, caramel, and vanilla and cost about $10 each. I hope they one day put together a mini sampler pack, as I’d be much more inclined to pick that up than all of these in the full size. If I had to choose one, I think I’d go with the raspberry variety.

Recently, I purchased a bottle of Pisang Ambon (a banana-flavoured liqueur based off an Indonesian recipe) and upon researching the spirit more, discovered there is another variety that exists. Guarana Lime is apparently purple-coloured and mixes well with cola… yup, I’m a fan already!

Similar to Amaretto, but adding pistachio and hazelnut to the almond mix, Pisa Liqueur comes in a neat titled bottle, similar to the famous Italian landmark. I have found this bottle before and it’s only a matter of picking up the booze. There’s even a Pisatini you can make with the liquor that has me salivating! 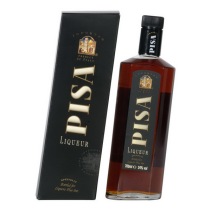 This liqueur combines exotic fruits, such as papaya, mango, lemon, lime, and passion fruit. I first heard of this booze through my drink recipe app and there are a number of cocktails that utilize it… now if only I could ever find it.