The summer finally heated up the past couple weeks and with that came a bevvy of functions to attend, places to explore and activities to indulge in. Here’s what the Sip Family has been up to lately:

A couple weeks back we returned with friends to Port Moody’s Brewer’s Row. Stop number one was Yellow Dog Brewing, a preferred stop for the Sip Advisor thanks to their massive backyard area. I enjoyed a pint of their Squirrel Chaser Hazy Pale Ale, as Baby Sip napped in the shade nearby. When you get those precious breaks, you have to make the most of them. 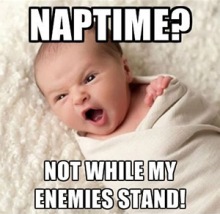 Up next, was The Bakery Brewing, whose menu featured quite a bit of turnover from my inaugural visit. Here, I had a serving of the Oaked Hefe, which I liked very much. Sours still dominated The Bakery’s tap list, but there seemed to be more variance this time around.

The last stop for this crawl down Murray Street was Moody Ales, where we picked up some treats for the road. My collection included a crowler of Sublime Pineapple Hefeweizen, as well as tall cans of Boss Juice Hazy Double IPA and Affable IPA.

Between weekends (a fancy way of saying “during the week”), I purchased a bottle of Captain Morgan Watermelon Smash (the bottle even smells like watermelon), which I planned to debut at a family Mexican Fiesta over the long weekend. The cocktail I created combined tequila, this watermelon liqueur, watermelon-lemonade soda and lime juice. I called it the Watermelon Rocket and it seemed to go over well with my eager tasters. 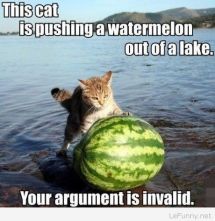 Going into the BC Day long weekend, Baby Sip and I joined Mrs. Sip for another edition of Fridays on Front in New West. We were drawn there by guest brewery Boombox Brewing, which was offering up their Arcade Glow Pale Ale. I quickly consumed two servings of this delicious beer, while watching Baby Sip get up to her usual brand of mischief at the play area for youngsters.

On Saturday, we met visiting friends from Toronto at The Royal Crown Castle pub in Sapperton. I really enjoyed their Cashew Chilli Chicken appetizer, paired with a pint of Parallel 49 Trash Panda IPA, which worked well to quell the heat from my meal. A really good combo, if I don’t say so myself. Our service here also deserves highlighting, as Baby Sip was given a bubble wand to play with and was taken very good care of. 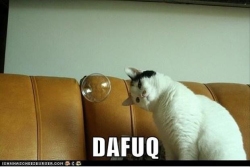 Following lunch, we popped into Another Brewing Co. (ABC) for half servings of “I’m a Vienna You Idiot” Vienna Lager and Dual Citizen Saison, both of which were new to us. I’m not much of a lager fan, but I thought this release was very good. Before leaving, I purchased a few tall cans, including the Poolside Hefe, Intolerant Milkshake IPA (which I was advised is a good dessert beer) and Dunder Beist Kviek Farmhouse IPA.

This weekend, I’ll be checking out Parallel 49’s Brawl at the Brewery, featuring professional wrestling and craft beer, an amalgamation of two worlds I’ve long been a follower of. Should make for an interesting afternoon!

One of the friends I attended the BC Beer Awards with had a simple game plan going in, with sampling this Boombox Brewing and Machine Ales beverage at the top of his list. After having a taste myself, I can totally understand why.

The Pablo Esco Gnar IPA (awesome name!) is a northeastern version of the India Pale Ale. The 7.2% ABV drink is produced using oats and lactose and has instantly become a hit on the BC craft beer scene, thanks to being available at various Lower Mainland pubs. 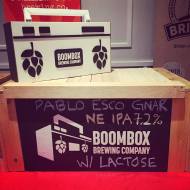 Boombox Brewing is currently working out of the Callister Brewing location, Canada’s first collaborative brewery. Machine Ales is a graduate of this system, where upstart operations can use the space for a year, before moving forward with their development.

The Pablo Esco Gnar IPA earned the two breweries some hard-earned recognition at those very BC Beer Awards, taking home the coveted CBC People’s Choice Award. That award was voted on by attendees of the event.

Prior to heading out for a night on the town to celebrate a friend’s birthday recently, we met up for a drink at the hotel where they were staying. That’s where I got to try a serving of this Boombox Brewing and Real Cask Brewing collaboration release.

The GoldenRye is a very good beer. A Rye Pale Ale, it comes in at 7% ABV and uses Idaho 7 hops, also known as 007 hops, perfect for the theme of this product. The rye content brings the alcohol up a few notches, which the Sip Advisor has never shied away from. 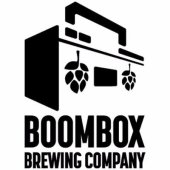 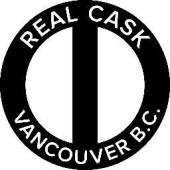 The beer’s name, of course, is a play on the classic James Bond movie and even better video game, GoldenEye. Most guys my age spent countless hours hunting down their friends, settling minor squabbles in the virtual world thanks to this awesome first-person shooter.

While this brew is the first product I’ve had from Boombox, I can say without hesitation that it’s the best thing I’ve had from Real Cask. Both companies operate out of the Callister Brewing space in East Vancouver, which is the first collaborative brewery in Canada, offering space to tenants on a yearly basis.