April was nowhere near as hectic as March for the Sip Family, but we still got around quite a bit, trying new places and revisiting old favourites. I also bought several new and interesting products while out and about. Here’s what we got up to as spring arrived in these parts:

We began the month with a trip to the weekly New West Farmer’s Market, where I picked up a few liquor items throughout the month, along with tasty treats and delicious meals. My purchases at the market included bottles of Odd Society Spirits Crème de Cassis and Mainland Time Machine Whiskey, along with some cans from Humblebee Meadery (Champion of the Sun Saffron and Orange, The Bee’s Knees Green Tea and Kaffir Lime and Monkberry Moon Delight Lingonberry and Elderberry).

On our next excursion out, I popped into the 8th Street Liquor Store with a $15 gift we won through a River Market scavenger hunt burning a hole in my pocket. I put together a set of tall-can beers, compiled of Bomber Dyed in the Wool Fresh Hop Red Ale, Sundown/Boombox Mystical Machine Double Hoppy Hefe, Phillips Zonkey Barrel Aged Ginger & Lime Brown Ale (inspired by the Kentucky Mule cocktail) and Duclaw Sour Me Unicorn Farts Glittered Sour Ale (brewed with fruity cereal and edible glitter). I like the Duclaw – from Baltimore, Maryland – motto of “Craft be cherished. Rules be damned.” 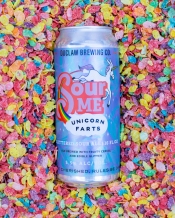 Next up, was a visit to a BC Liquor Store, where I continued my supply drive with cases of Bomber Mixpack (Outspoken IPA, All The Things Amber, Pixie Cut Pale Ale) and Hey Y’all Hard Iced Tea Porch Pack (Original, Iced Tea and Lemonade, Georgia Peach, Kentucky Blueberry). I particularly liked the Bomber Amber Ale and enjoyed my first foray into hard iced teas, as I’m dubbing this summer ‘The Summer of Pre-Mixed Drinks’ (hard seltzers, sodas, iced teas and more).

In the middle of the month, Mrs. Sip’s job took us out to Port Coquitlam and Patina Brewing for an afternoon on their patio. I ordered the Gin Saison, while Mrs. Sip went with the Black Lager and we shared an order of Pulled Pork with a side of Southern Cornbread.

My next shopping trip took me to Jak’s Liquor Store, where I grabbed a case of the new Stanley Park Fruit Stand. This set is neat, as they took the popular SunSetter Peach Wheat Ale and also made Melon and Mango versions of the brew. The Mango is particularly good, while I’m still unsure how I feel about the Melon variation. While at the store, I checked to see if they had the Bombay Bramble Gin (made with blackberries and raspberries) I had recently learned about and sure enough, they did, making me one happy Sip Advisor. I returned to Jak’s at the end of the month to pick up the Nude Vodka Soda V2 pack, featuring Classic Lime, Mandarin, Cran Raspberry and Watermelon flavours. Both the beer and vodka soda cases were under monthly special pricing. 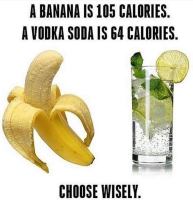 On one of Mrs. Sip’s days off this month, while Toddler Sip was at playschool, we had lunch at the Paddlewheeler Pub. My meal consisted of a pint of Hop Valley Bubble Stash IPA, paired with a scrumptious Spicy Southern Fried Burger with Fries. The pub had amazing food and great service, with both Mrs. Sip and I hoping to return soon.

That weekend, with Ma and Pa Sip taking the kids for an evening, I had hoped to finally do my long-awaited Columbia Street crawl, but alas, weather did not cooperate. We did drop into Piva Modern Italian for happy hour, enjoying a meal of their Arancini Balls, Polenta Fries and Duck & Fig Pizza, along with beverages including The Garden cocktail and wine for Mrs. Sip and Steel & Oak’s Royal City Ale and Red Pilsner for me. This was another stop with very good service from staff.

Not quite ready to round up the Siplings the next day, we had brunch at the 120 Pub in Delta. I ordered the 120 Wheat Ale (on Sunday all-day happy hour pricing), along with the Chicken Kung Pao bowl. Unfortunately, the weather remained inclement and with only having patio seating available to us, due to the current pandemic restrictions, we rushed through our meal pretty quickly.

To end the month, Mrs. Sip took another day off and we took the kids to Science World. Afterwards, we went to the R&B Brewing Pizza & Ale House for lunch, taking advantage of their Tuesday special of Pizza and Pint for $20. Our eats included the Pulled Pork and Prosciutto and Arugula Pizzas, along with pints of their Manganero Hazy IPA and Bouquet of Hummingbirds Belgian Tripel. I absolutely love R&B’s Pulled Pork Pizza, complete with jalapenos and garlic mayo drizzle. It paired very well with my spicy beer. Upon leaving, we also bought two bottles of their Rue de la Soif Belgian Tripel, one to drink whenever and the other to age, which the brewer suggests can be kept for up to three years.

My final purchase of April was done at hometown brewery Four Winds, which has collaborated with fellow Delta brewery Barnside to make the We Love Delta IPA. As someone who lived their entire young life in Delta, I just had to pick up a six-pack of this release, supporting both breweries.

May is my last full month on parental leave, so we’ll have to make the most of it. That should be easy to accomplish as the calendar is filling up quickly with events such as Cinco de Mayo, Mother’s Day and others.