Another month is in the books and with two trips to Whistler and the celebration of two friends turning 40, there was a fair bit going on. Here’s what the Sip Family got up to throughout November:

The month began with me and a friend meeting up for a Vancouver Canucks game. Our night started at Original Joe’s, where we took advantage of their Tuesday 49-cent Wings special. I enjoyed servings of their Teriyaki and Salt & Vinegar varieties, paired with a couple of their own Red Ales. I liked that the wings at Original Joe’s were quite meaty, which you sometimes don’t get, especially when the item is on special. 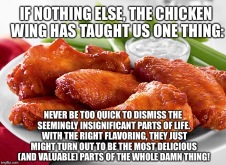 As for the game, the Canucks pushed the Anaheim Ducks to overtime, but eventually lost. Over the course of the contest, I enjoyed a large Parkside Dreamboat IPA upon arrival, followed by a Captain Morgan Spiced Rum and Coke picked up during each intermission.

Not content to head home just yet – and happy to let the Skytrain rush dissipate – my evening finished with a visit to Devil’s Elbow Ale & Smoke House. Here, I ordered a guest tap pint of Container Three Legged Mare English Brown Ale, which was very good.

Our first trip to Whistler of the month was a family expedition. Our adventure started with having a late lunch at Howe Sound Brewpub in Squamish. I paired my delicious Nashville Hot Chicken Sandwich with a pint of Howe Sound’s Habanero Fudge Robust Porter. I would have welcomed a little more heat with this beer, but I understand not going overboard on the spice makes the brew easier for some to handle.

Once in Whistler, we had one meal each day in the village. First up, was the infamous Longhorn Saloon, where despite a DJ being on site and blasting loud music, Boy Sip managed to sleep through the visit. I ordered The Cowboy Brisket Wrap and a Deep Cove Hazy IPA, which provided a good meal. That said, I was disappointed by Longhorn’s beer and cocktail offerings and their prices are a little tough to swallow, seemingly inflated so people will buy a membership to the Gibbons network of restaurants there, allowing them discounts on food and drink purchases.

The next day, we enjoyed dinner at High Mountain Brewhouse. I began the feast with a tasty (and fragrant) Pomegranate Basil Smash cocktail. For food, I went with the Wild Sockeye Salmon Burger, which was very good. I had originally glossed right over the menu item, but a second look revealed a number of components that piqued my interest: spicy teriyaki glaze, tempura vegetables and wasabi mayo. I was very satisfied with the order, which went quite well with my 5 Rings IPA.

The following weekend was highlighted by a friend’s 40th birthday bash, which he planned more extravagantly than some weddings I’ve attended. Before we get to that, though, Mrs. Sip and I decided to stay overnight at Downtown Vancouver’s Fairmont Waterfront for the night. We began our stay with cocktails at the hotel’s Arc Restaurant. There, Mrs. Sip and I split a trio of cocktails, including the Rum & Winter Spice (winter spice-infused Bacardi 8, Grand Marnier, orange juice, lemon juice, simple syrup); Blackberry Mule (Grey Goose Vodka, ginger beer, lime juice, simple syrup, blackberries) and Rosemary Gimlet (Wayward/Waterfront Gin, Green Chartreuse, honey syrup, lime juice, sprig of rosemary).

Those built a good base buzz for the events of the evening, which included ordering room service from Arc. For this dinner, I had a delicious Char-Grilled Angus Cheeseburger and Caesar Salad. Their fries were also very good, which Mrs. Sip had with her enormous Smoked Turkey Sandwich serving (like seriously, there was two full sandwiches part of this platter).

The birthday was held at the Croatian Cultural Centre, with about 160 guests in attendance. Along with an open bar, entertainment included dueling pianos, followed by karaoke. Mrs. Sip and I had a fantastic night, returning to our accommodation at 3am. Thank god for the Fairmont’s late checkout!

The month wrapped with another visit to Whistler. After settling into our Airbnb condo, we ventured to Joe Fortes for après hour. Mrs. Sip and I split the Joe’s Chilled Seafood Platter, along with an order of Truffle Parmesan Fries. The fries were scrumptious and consuming the platter (filled with oysters, mussels, clams, prawns, two types of tuna, and scallop ceviche) felt decadent. To drink, I had a pair of Coast Mountain Hope You’re Happy IPAs.

As we paid the bill, our server suggested checking out The Raven Room cocktail bar. That advice did not disappoint, as we split a trio of libations, comprised of: the Paper Crane (gin, sake, Aperol, lemon juice, yuzu, sesame oil); Mom Wants the Pool Boy (sugar snap pea-infused tequila, cucumber liqueur, lime juice, agave syrup); and I Want S’more (graham cracker-infused bourbon, Frangelico, Crème de Cacao, espresso, salted chocolate). Of the three, I liked the Mom Wants the Pool Boy best, thanks to the cucumber liqueur.

Later that night, we met up with the rest of our group, including the birthday girl, at Tapley’s Pub. There, we shared a few pitchers of beer, but Mrs. Sip and I weren’t up to eating anything, following our indulgence at Joe Fortes earlier.

The next afternoon, we all finally reconvened at Caramba!, taking advantage of their happy hour. Mrs. Sip got the Jumbo Caesar, which came with two sliders and some other goodies mixed in, while I had two Strange Fellows Pale Ales.

Up next, was El Furniture Warehouse across the way, for their Power Hour. This gives customers one hour to buy 8-ounce beers for $1.95. Over the hour, I downed six Dam Amber beers, while we also partook in a round of shots, with Mrs. Sip and I choosing to do Burt Reynolds (Spiced Rum and Butterscotch Schnapps) shooters. For eats, I went with the Fingers & Fries, which while tasty, was more fries than fingers. What can you expect, though, for the low price of $5.95? All menu items here are between $5.95-$7.95, thus making it a very popular place.

That was it for the month. December promises to be its usual insane sprint to the finish. The calendar is already filled with outings – both adult and family-friendly alike – with Mrs. Sip always finding space to shoehorn in another activity!