They don’t need our love, but we shower them with adoration anyway. I’ve always been a cat guy and find them to be a great pet for someone as lazy as myself. They’re pretty self-sufficient (don’t need to be walked or washed) and will be entirely happy with a dish full of food, warm laundry to nap on, and the odd catnip toy for a little buzz and exercise. Here are the top five greatest felines in history:

The little kitty is clever and cunning. He lures his foes in with his deep, dark, sad eyes and once they are mesmerized, out comes the sword and the fight is on. Puss is a furry version of Zorro and not coincidentally is voiced by Antonio Banderas, who played the iconic swordsman in recent times. Whether he’s teaming with Shrek, Donkey and the rest of the gang or enjoying his own adventure, Puss is sure to leave his mark (hopefully not literally) on history. 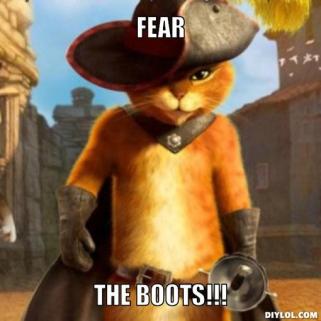 Poor, poor Tom. No matter how hard he tries, Jerry always manages to elude him and Tom usually winds up with a boo-boo. Therefore, I always liked it best when Tom and Jerry teamed up. After all, the two have been around since the 1940’s, which is a long time to be continually chasing one another. The duo’s long standing rivalry has had an influence on other media. Even Jackass star Johnny Knoxville credits the tandem for inspiring some of the stunts the troupe attempt.

Bucky isn’t as well-known as some of the other felines on this list, but he’s above and beyond, one of the funniest. Bucky is a terror to his owner Rob and roommate Satchel (a Sharpie-Labrador cross). A lot of the humour in Get Fuzzy comes from the pets’ misunderstanding of human words and actions and Bucky is a master of the misinterpretation. He’s also constantly scheming for money, food or domination over the apartment, which often results in his being grounded in his closet.

What’s great about Garfield is that he just doesn’t care. He only has room for a few loves in his world and that void is quickly filled by food (particularly lasagna), his blankie, and stuffed bear. Sure, he’s occasionally nice to John and Odie, but that’s only for holiday specials like Christmas and Halloween. For this cat, it’s all about the luxuries in life. Garfield is so lazy, he can’t even be bothered to form meaningful relationship with other cats.

Sure, Sylvester’s not the smartest animal on the block, but he gets an ‘A’ for effort, every time out. If he ever caught that infernal Tweety Bird, the world would rejoice in a congregation more massive than the Olympic opening ceremony parade. Sylvester’s son and wife also appear in some animated shorts, with his son often declaring “Mother, get the bandages,” after his father gets roughed up by any number of adversaries. 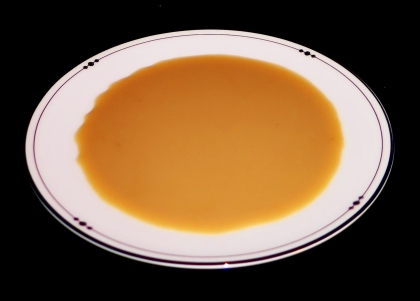 I’m sure I’ve made some choices with this ranking that has upset some of you. Send your best cat claws my way and make me regret my decisions. If I don’t hear any criticism, I will assume that my picks are good as gold and all free thinking will henceforth be left up to the Sip Advisor… you’re welcome!

Sip Advisor Bar Notes (3.5 Sips out of 5):
Okay, this one is going to take some explaining. Sure it doesn’t look like your typical shooter, but this is how a cat would drink it. I wanted to present the shot in a saucer type dish to go along with the name and theme of the recipe. It’s a pretty good shot, but the Crème de Banane gets buried and you taste the Amaretto the most. Drink up, my little kitties! 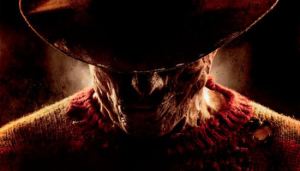 In the 1993 movie Groundhog Day, Bill Murray is forced to repeat the same day over and over again until he gets it right. Here’s a version of that same premise starring everybody’s favourite superhero, The Sip Advisor.

I’m awoken abruptly, voices coming through the thin walls of our resort hotel (I know, a resort hotel isn’t the best setting for a nightmare, but just wait, all will be explained). The clock reads 7:30am and I can never understand why people feel the need to have loud conversations that early in the morning. Seriously, when my wife and I wake up that early on the very rare occasion that we have to, it’s like we communicate in sign language. I motion that I’d like a little morning action, she shoots me down swiftly with a wave of her hand and I’m off to the bathroom to get ready for the day!

Next part of the nightmare: We get to the 24-hour buffet and every food item is out and the staff has no plans to replace them. There are rumours of a revolt, guests storming the kitchens to take whatever they can find. One basket of tortilla chips is brought out and the server is ambushed. I try to get my hands on at least one chip, but my efforts are fruitless. I walk away with multiple chips cuts and the salt stings my wounds. I suffer a black eye as well, as Mrs. Sip Advisor takes the opportunity to get a shot in, probably for all the attempts at morning fun over the years. She doesn’t understand that I would have shared the chip I was fighting for with her.

A news brief comes on the TV informing us that all kittens in the world have been eliminated, thanks to a new worldwide law passed by the pro-dog lobby (actually made up of famous dogs, including Lassie, the ghost of Old Yeller and Eddie from Frasier). I shed a tear, but the worst is yet to come. Yeah, I know what you’re thinking: there could be something worse than no more kitties!?!? 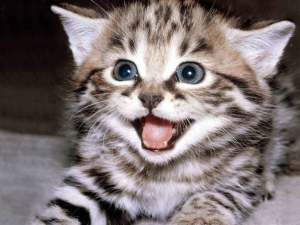 Finally, I am subdued, thanks to a clubbing blow to the back of the head. When I wake up, it’s 7:30am again and the neighbours are yelling… or are they just having a normal conversation. It’s so hard to tell when you can’t understand what they’re saying.

I am released from the Groundhog Day cycle when I learn to embrace a world with no liquor, early wake-ups, a lack of buffet food and a kitten-less existence. That’s the real nightmare! 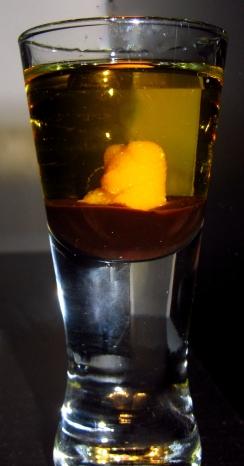 I tried finding a Groundhog Day-themed drink that already existed, but when none satisfied me, I made my own. Sounds like a euphemism for most people’s sex lives. The chocolate syrup is the earth, the groundhog’s home and the Galliano is the sun greeting the little critter, encouraging him to rise to the surface. The gummy bear is the tiny fella sticking his nose above ground to meet the brand new day.

Did he see his shadow, causing him to retreat to his underground dwelling and making humans believe they will have to suffer through six more weeks of winter? Or did he stay above the surface, signaling an early spring to come. With this shot, we’ll never really find out, so that means eternal winter… kind of like Game of Thrones! Awesome, drinking with Tyrion Lannister!

Sip Advisor Bar Notes (2.5 Sips out of 5):
Where to begin with breaking down this drink? I tried a couple different mixes and ways to get that damn gummy bear to look decent and kept on getting tripped up by various issues. The Galliano make-up of the shooter might have completely saved it.