It would be neat if we could find ourselves living in one of the fictional cities we read about or see in movies or on TV. Most of these fictional cities are located across the United States (our next stop on the worldwide liquor express) and here are the places I’d choose to reside if given the option:

There always seems to be crazy shit going down in South Park. It has been the epicenter for nearly all the world’s activity since 1997, including attacks by Mecha-Streisand (a mechanized Barbara Streisand), the initiation of same-sex marriage laws, and the battle ground for artists and consumers over illegal downloading, among so much else. Heck, both Jesus and Satan have resided in the small Colorado town, with Jesus even hosting a public access call-in TV show! 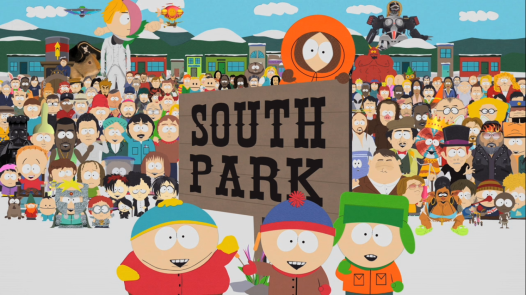 Hopefully I’d be part of Scrooge McDuck’s inner circle and get to join him, Launchpad McQuack, and the gang on all their jet-setting adventures. If I wound up as one of the Beagle Boys, I don’t think I’d enjoy the experience nearly as much. Perhaps Scrooge and I could go for a dip in his vault and have a coin fight. We’d be the best of friends until I got greedy and stole his lucky dime. Then Flintheart Glomgold  and myself would go on the lam as filthy rich baddies.

The only thing to decide before settling in Gotham City is whether you’re going to be a hero or a villain. That’s actually a really difficult decision for me. I think I’ve spent too much of my life being a good guy and it might be time for a change… time to do something different and look after number one for a little while. Of course, that means I’ll have to battle Batman, rather than fight beside him, but I’m game. Hopefully I get some hot tail, too, like Harley Quinn, Catwoman, or Poison Ivy!

While there are actual Springfield’s across the United States, it still seems like this version is very much fictional. It probably helps that the state in which the Simpsons et al reside is never fully disclosed. It’s hinted at from time to time, but those hints often change and bury the mystery deeper and deeper. I think I’d be able to find a nice life in Springfield, hanging out at Moe’s Tavern and chowing down at Krusty Burger. 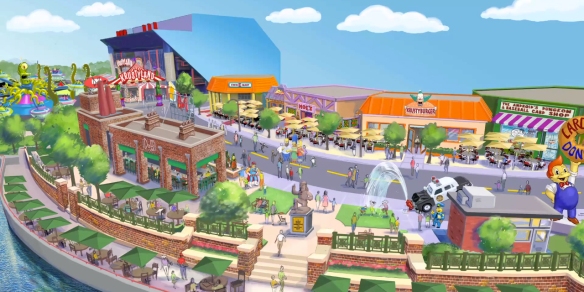 Storybrooke – Once Upon a Time

I’ve actually been to Storybrooke… or at least the town (Steveston) where much of the show’s exterior shots are filmed. It’s only a half hour drive from Mrs. Sip’s and my home and we once upon a time went out that way for dinner and tracked down Mr. Gold’s pawn shop and other landmarks. Through Storybrooke, I could also visit places like Neverland, Wonderland, and the Enchanted Forest. That’s getting into a whole nother can of worms, dealing with fictional realms.

The United States’ fourth most obese city, my svelte body may stick out like a sore thumb, but at least I could work with the Parks and Rec crew (perhaps the only time I’d ever be interested in government work). I’d make sure that Ron Swanson became my mentor and through his tutelage, I could amass a fortune of gold bars and an appreciation for outdoor life, woodwork, and simply being a man’s man.

Any Soap Opera Town – General Hospital, One Life to Live, Young and the Restless, etc.

Who wouldn’t want to live in a town where it seems nobody ever works and all they do is have romantic trysts and get into sticky situations!? Nobody is ever in need of money, unless you’re introduced as a homeless character and you don’t have to feel bad about committing evil acts because months later, you’ll likely redeem yourself and become a good guy, once again. Murderers, rapists, kidnappers, and the like have all become fan favourites in the Soaps.

Living as a cartoon character would be pretty sweet. You can never die, no matter how many anvils or pianos are dropped on your head, and you spend most of your day scheming to catch a bird or mouse. If I had to pick the character that best matches my personality, it would probably be Wile E. Coyote, with a sprinkle of Taz. My plans – as elaborate as they may be – never really work out and that drives me to whirlwind fits of rage, despite my good heart! 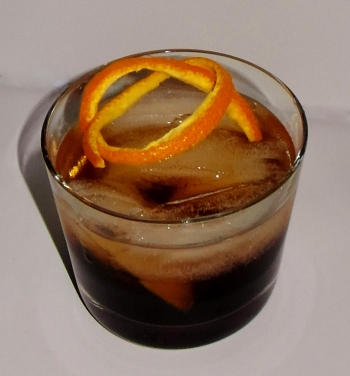 Honourable Mentions go to Mayberry (Andy Griffiths Show), Bedrock (The Flintstones), and Sunnydale (Buffy the Vampire Slayer). The last one makes the list only so I can be the one to slay the slayer!

Sip Advisor Bar Notes (2.5 Sips out of 5):
I really thought I’d like this cocktail more. Perhaps I went too light on the Orange Bitters. It was a touch too strong on the Bourbon side and I even used Black Cherry and not straight up Jim Beam. I do love what I did with the Orange Zest, so pat on the back for me!