After a week filled with three Vancouver Canucks games to start the month, Mrs. Sip and I got a bit of a respite to recharge the hockey batteries (seriously, my voice was shot after yelling at every Toronto player and fan I could) with the team on a brief road trip. With the gap between games, we focused our attention on holiday activities around the Lower Mainland. Here’s what we got up to:

On Friday night, we had a few errands to run in South Vancouver, so decided to mix a little pleasure into the business. Popping into Dogwood Brewing for the first time, we enjoyed a flight of their brews, including the IPA, Barrel-Aged Stout, London Fog, and Winter Spice. The space was nice and cozy and well-decorated for Christmas. This was Baby Sip’s second craft brewery visit and she even woke up long enough to see the place this time around. 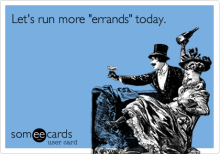 The next day, we ventured to Langley for the Glow Christmas Light Gardens and Market. With food trucks outside and a fantastic visual set-up inside the facility’s greenhouse, we spent over two hours at the attraction. Best of all, beer, wine and a couple cocktails could be had as you explored the winter wonderland. I had servings of Trading Post Brewing’s Smugglers Trail Rye Amber Ale and Three Bears Breakfast Stout, which were both available for only $5. Mrs. Sip started with a glass of white wine and later had a Baileys Irish Cream hot chocolate.

Tickets to Glow start at $20 for adults if ordered online ($25 at the door) and I would definitely recommend the earliest timeslot possible, as the parking lot and facility fill up quickly, causing long lines to get in later in the evening. Mrs. Sip still argues that any true European-based Christmas Market doesn’t cost money to get into, but that logic doesn’t seem to apply in this area of the world.

Following work on Monday, Mrs. Sip and I met at the Vancouver Christmas Market. As I’ve written before, if we didn’t get free tickets each year, thanks to Mrs. Sip’s theatre subscription, I’m not sure I would make the effort to attend. That said, we had a pretty good time, joined by another couple for some of our visit. The move from outside the Queen Elizabeth Theatre to Jack Poole Plaze has definitely opened up the place, but going on a weeknight helped too with a lighter crowd.

As is the norm for the Market, it didn’t take long to blow through the $50 we had taken out in cash for the event. For drinks, Mrs. Sip had a couple cups of Mulled Wine, while I had glasses of Erdinger Wheat and Dunkel brews. As for food, we split a Cheese Pretzel and Parmesan and Garlic Hurricane Potatoes which were both delicious. A highlight for us was chatting with the Persephone Brewing team, who were offering samples of five different beers (Black Lager, Pale Ale, IPA, Pilsner, and Golden Ale). Joining them was Wild Goose Winery and Okanagan Spirits, where I tasted their Bourbon, Gin, and Pear Brandy.

This weekend, it’s back to the rink for a couple NHL games, while also fitting in as much yuletide cheer as possible. Lather, rinse, repeat!