Did you know that olives (the juice form being today’s feature mixer) were once used as a unit of measurement? A “k’zayit”, which translates to “like an olive” was used to estimate amounts of Jewish ceremonial foods, including challah, matzah and wine. Let’s take a look at some other odd units of measurement:

Based off of actor Wil Wheaton, this unit of measurement takes into account a person’s number of Twitter followers. A Wheaton is described as 500,000 followers, making a milliwheaton equivalent to 500 followers. Please take the time to follow the Sip Advisor on Twitter, so I can reach milliwheaton heights.

As a tribute, scientist Carl Sagan’s catchphrase “billions and billions” was turned into a unit of measurement for quantity. A Sagan can now be used to describe a large quantity of anything. For example, the Sip Advisor has consumed a Sagan amount of potato chips in his lifetime. 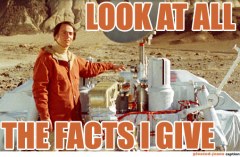 Artist Andy Warhol once famously said (I’m paraphrasing here) that every person will famous for 15 minutes. As a result, his name has been associated with the measurement of fame. Some folks out there who have achieved kilowarhol and megawarhol status, still haven’t left the world with anything tangible… you know, your Kardashians, et al.

This measurement is used by the Federal Emergency Management Agency (FEMA) to calculate the effect of a storm and its following recovery efforts. It’s based on the Waffle House restaurant chain’s reputation of staying open during the worst of weather, serving up breakfast, while others are afraid to step outside.

Coined by radio personality Adam Carolla, this unit can be used to describe an offending odor. It is based on a scale of 1-100, with 50 hobopower leading a person to become physically ill, while 100 hobopower results in death. Of course, this is all theoretical.

We can thank Futurama for this unit, which measures one’s coolness. Developed by Professor Farnsworth, and using Happy Days character Arthur ‘The Fonz’ Fonzarelli as a reference point, I once took the test and came away disappointed with a rare negative rating. Ay!

Unfortunately, this is another measurement where the Sip Advisor doesn’t show well. Mrs. Sip on the other hand ranks highly when associated with Helen of Troy, who is said to have had “the face that launched a thousand ships”. Therefore, a millihelen can be used to describe the beauty it takes to launch a single ship, while any negative helen (Sip Advisor territory) causes ships to be beached.

There is also a Big Mac Index in existence, but it actually sounds kind of legitimate and recognized, so I’m not touching that one. My personal Big Mac Index is calculated as one sandwich per every second visit to the chain.

Sip Advisor Bar Notes (3.25 Sips out of 5):
I haven’t done much experimenting with Olive Juice, aside from the Dirty Martini. I thought this cocktail was decent, with a fair mix of sweet and sour tastes. I didn’t notice the Olive Juice very much and that may have been all for the best.