As winter fades away and spring emerges from the darkness, the Sip Family has been busy. Mrs. Sip was recently in Las Vegas with her girlfriends, providing the Sip Advisor a little time to get reacquainted with loved ones. Those would include new purchases, such as Steel & Oak Talanoa Wheat Ale and Lamb’s Cherry Spiced Rum. The Talanoa (Fijian for sharing stories and ideas to build relationships and understanding) was brewed by the ladies of Steel & Oak Brewing as their second annual Women’s Charity Brew. Proceeds from the beer, made with black currant and rosemary, are going to The Kettle Society, which provides support for people living with mental illness. The Spiced Rum was an interesting find as I perused the aisles of a nearby liquor store. Thanks to an online suggestion, I’ve used the booze in a Mai Tai recipe and look forward to throwing it in a Dark N’ Stormy soon. 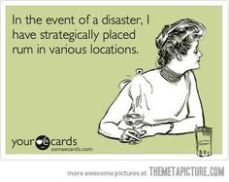 As for events, Mrs. Sip and I attended the Lynyrd Skynyrd concert at the Abbotsford Centre last Friday. Prior to heading out to the valley, we had dinner at Milestones, capitalizing on their afternoon happy hour for servings of Phillip’s Electric Unicorn White IPA and Hoyne Dark Matter. The two Victoria-based brews paired nicely with my Crispy Sweet Chili Chicken Bowl, which I would definitely order again. Mrs. Sip had the Caprese Crispy Chicken Sandwich, which I snagged a bite of, and also enjoyed.

As for the concert, I think my hearing is still slowly coming back. The show was rocking all the way through the night and the band ending their appearance with an encore performance of Free Bird was everything a fan could have asked for. Arriving early, we took advantage of the Vancouver Island Brewing free tasting being offered and also grabbed cans of a couple Foamers’ Folly Brewing selections, including the Hot Box IPA for me and Raspberry Honey Hefeweizen for Mrs. Sip.

After a day of “rest”, where we only had two commitments to make, we celebrated St. Patrick’s Day at Dead Frog Brewing. They turned their Steel Toe Lager green (with natural ingredients), so we crossed that tradition off the to-do list. Mrs. Sip also ordered a pint of the newly-released Pineapple Midnight Tropical Porter for us to share, which had an interesting blend of summer and winter flavours. For food, we imbibed with Pork Carnitas Street Tacos for moi and some Avocado Toast for the mademoiselle. Both were quite good and recommendable. The Dead Frog staff deserve major kudos for doing their best to make guests comfortable on a very busy day and for providing live music and cupcakes for children young and old at heart.

In the coming weeks, Mrs. Sip and I will celebrate 17 years of being in a relationship. I honestly can’t believe she’s put up with me this long!