While Mrs. Sip and I managed to find some rare quiet time Friday night (cracking into our ever-growing wine and beer collections), the weekend was quite busy with a number of events drawing our attention. Here’s how we fared during the mid-summer hustle and bustle!

On our way out to Ma and Pa Sip’s place in Delta on Saturday, we stopped by Four Winds Brewing, where they had just released another of their small batch beers, Pequeno Cabo (a brew aged in tequila barrels), which a friend had advised me of earlier in the week. When we got there, they had just run out of bottles (this is the thanks I get for letting Mrs. Sip sleep in!), but our server was very willing to help us track it down at one of the stores they distribute to. Since we were already there, we ordered glasses of their Wildflower Saison and Juxtapose Wild IPA. Both were very good, with the IPA being an offering that even Mrs. Sip was into, so we picked up a bottle for our family barbecue that afternoon.

We then drove over to the One20 Public House’s liquor store, where lying in wait was the Pequeno Cabo. It was advertised as tasting reminiscent of a lime margarita and they weren’t joking. It was a sour-style brew that went down very easy. Would I buy it again? Perhaps not, but it was great to try while available.

As for the barbecue, it was a lot of fun, full of good food, good drinks, and good times. Although we came up short in our bid for bocce supremacy, Mrs. Sip and I performed quite well during the later evening’s beer pong and flippy cup shenanigans!

The next day, we had to head out earlier than usual, as we were meeting members of the Sip Syndicate for drinks, prior to the Vancouver Whitecaps Major League Soccer game, to celebrate a friend’s birthday. We assembled at Back Forty, where upon arriving behind schedule, two pitchers of Parallel 49 Gypsy Tears had already been ordered and needed to be dealt with, as the game’s start time was approaching. Always up to the task, Mrs. Sip and I downed a couple glasses each and we were off.

The Whitecaps play out of BC Place Stadium, which has made strides in recent years to bring some craft beer into the venue. I spotted Parallel 49, Steamworks, and Stanley Park on some taps and there were others among the concessions. I also picked up a couple cups of Shocktop during halftime to quench my thirst.

A true highlight to the week was our meal at Wildebeest, following the game. To begin, I ordered the Uppercut cocktail, which mixed, Calvados, Italian Vermouth, Maraschino Liqueur, Orange Bitters, and Peated Scotch, all served at room temperature. I liked the cocktail, but wonder if it would have been taken to a whole other level with the addition of some ice.

For food, our group decided to go for the option where you let them know how much each person in the party is willing to pay and they put together a menu for you. You can go between $40-$60, so we settled in the middle at $50 per head. We were then blown away to receive a seven-course shared meal, which included pork cutlets, beef carpaccio, poutine, bone marrow, an egg dish, strip loin steak, and halibut. It was a feast for the ages! Later in the meal, a round of Ardbeg Supervona Scotch was ordered and this was a truly decadent experience. 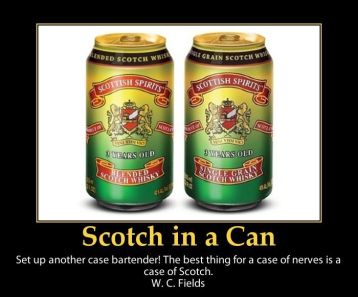 Quite a bit of liquor news came out this week, most notably the announcement that establishments that manufacture alcoholic beverages (breweries, distilleries, wineries, etc.) around British Columbia will now be able to sell liquor products produced by other companies in their locations. This means that Ma Sip can now get a glass of wine, while accompanying myself and Mrs. Sip to some of our favourite breweries, much like she’s able to do when we travel in the U.S.

The August long weekend is upon us and despite Mrs. Sip taking off on me (again!) to Las Vegas with her girlfriends, the three days of rest will be full of poolside debauchery. Check back next week for a full recap!

Home for a Rest

While many don’t know the song “Home for a Rest” by Spirit of the West, it’s a Canadian classic. And after a year away from Canada, travelling the virtual world, I have FINALLY returned home. The journey has me feeling a little weary, as like the song states: “I’ve been gone for a month (a year in the Sip Advisor’s case), I’ve been drunk since I left!”

I’m far from complaining however, as it’s been a wonderful year abroad. In the last 12 months, we’ve visited 52 countries, featuring seven rums, six vodkas, five whiskeys, two beers, six wines, nine liqueurs, and a whopping 15 spirits. Hell, we even tried two different types of gin! Along the way, we’ve learned about historical figures, sports and athletes, artists and the arts, products and inventions, tourist attractions, foods, and events. Milestones have been passed, including our 100,000th site view and 500th cocktail and 100th shot recipes!

“These so-called vacations will soon be my death,” but the fun can’t stop yet. We have so much more to discover together. Here’s what to expect over the course of the next year:

The big project of 2015 will highlight 52 different flavours, never once repeating a taste as the main ingredient in a cocktail. For example, when I use my Evan Williams Elegant Crisp Gin (apple flavoured), I can’t later use apple rums, vodkas, liqueurs, mixers, or anything else as a featured element. By the end, the Sip Advisor will be like the Baskin Robins of booze… Viva la revolution!!!

Thursday – Out and About/This Week in Liquor

Each week, we’ll delve into the latest news from the booze world. Just in time for your weekend trip to the liquor store! In these articles, we will include a feature titled: Out and About with the Sip Advisor. Here, I will be able to detail what I’ve personally experienced in the week that was. That may include visiting new craft breweries, tasting new spirits, attending cocktail events, etc.

The triple-S-D will enter its third year of existence and will continue to feature the best in Top 5 lists on whatever subject I feel like covering. Suggestions are always welcomed, but otherwise, expect a lot of coverage on the fictional world… where we all prefer to reside!

It wouldn’t be a true New Year’s celebration without some drinks. Since I’m back in my own backyard, I figured we could enjoy some Newfoundland Screech Rum and conquer a rite of passage for my friends from the east!

Thank you one and all for your support over the last two years. Please continue to follow the Sip Advisor adventures and enjoy all we have to offer you in 2015. Happy New Year!

Sip Advisor Bar Notes (4 Sips out of 5):
A friend was hosting a party where we were all invited to sample Screech, an Eastern Canadian rum and get “Screeched In,” so I figured, what better way to wrap up the Around the World tour than to finish right where it started! The Screech was nice, paired with the very tasty Elderflower Liqueur. I certainly liked the drink and it seemed everyone at the party who I made it for enjoyed it, as well.