December was the jam-packed month I’ve come to expect, especially since having kids. Christmas events, Vancouver Canucks games and many meals kept us out and about. Let’s see what the Sip Family got up to, as we bid adieu to 2022:

Early in the month, Mrs. Sip and I had a Canucks game to attend, so prior to the contest, we had dinner at The Keg in Yaletown, where I took full advantaged of their happy hour, ordering the Keg Burger & Fries, along with a pair of Gin Basil Lemonade cocktails. The feast was very good, but we still had time to kill before puck drop, so we walked over to Elisa, where we split a trio of drinks, including the Charring the Cosmos (Gin, Grilled Pineapple Agave Syrup, Lime, Soda, Lem-Marrakech Bitters), Earl Grey Martini (Gin, Amaretto, Earl Grey, Lavender Syrup, Egg White) and Roxanne (Scotch, Malbec, Lemon, Red Dragon Chai Syrup). We hope to return to Elisa another time for the full meal experience.

A few days later, we took Girl Sip out for a movie night, eating at the Old Spaghetti Factory beforehand. I selected the Chicken Parmagiana with Caesar Salad, which was good. It had been a while since I’d eaten at Old Spaghetti Factory and it was fun to try it again with Girl Sip, who is a passionate pasta fanatic. 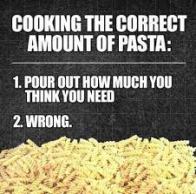 Later that week, Mrs. Sip and I needed to pick up a package at our mailbox in the U.S., so while across the line, we had a quick bite to eat at Gateway Taphouse & Grill in Blaine, Washington. To drink, I went with the Anderson Valley Boont Amber Ale, while Mrs. Sip drank a pint of Beach Cat Meowy Christmas Winter Ale. For food, I took advantage of their $10 Burger Night, which included a burger and seasoned fries, which were a wedge/curly fry hybrid that I really liked.

In the middle of the month, Mrs. Sip and I received our winter VCBW Beer Boxes. I have to give a shout out to the breweries that continue to provide unique beers to this project, particularly Old Yale and Russell, which provided two beers this time. The Wild Eye Dark N Stormy cocktail-inspired beer was neat too.

Prior to another Canucks game, this time with the Sipplings in tow, we ate at Boston Pizza. I had the Boston-Sized Burger, which was very filling, paired with a couple pints of Rickard’s Red. The place was packed on this night and this caused service to be a little chaotic, which was the only downfall of a fun evening out. 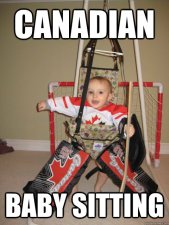 Perhaps the dating highlight of the month was when Mrs. Sip and I were able to visit the Tinseltown Bar, being run out of the Vancouver Alpen Club. Tickets were $19 each and included a welcome drink (Mulled Wine, Hot Cider or Hot Chocolate with liquor of your choice). I went with a Hot Chocolate with Spiced Rum, which I enjoyed. As we played a few games and listened to various Christmas tunes, we also ordered four of the seven cocktails offered by the pop-up bar. This included the Jingle All the Way (Gin, Lime Juice, Cranberry Juice, Simple Syrup, Egg Whites), White Christmas (White Rum, Lime Juice, Mint, Simple Syrup, Club Soda, Candy Cane garnish), Holly Jolly (Vodka, Elderflower, Orange Juice, Ginger Beer, Mint garnish) and Sugar Plum Fairy (Chambord, Gin, Soda, Lemon Juice, Simple Syrup, Sugar Rim, Mint garnish). Each drink was $10-$12 and all we tried were tasty.

For Christmas dinner, I presented another cocktail menu for the family. It was my last chance to serve the 38th Birthday recipes I had been working on for most of the year, after Mrs. Sip and Cousin Sip’s joint birthday in January was vetoed due to a Covid lockdown. The menu was comprised of the Hold On Loosely (Southern Comfort, Cola, Orange Soda); stRontiUM (Bacardi Dragonfruit Rum, Sprite Winter Cranberry Soda, Maraschino Cherry Syrup); The Parallel (Grapefruit Soju, Peach Schnapps, Lemon Juice); Place Your Bets (Tito’s Vodka, Watermelon-Lime Club Soda, Raspberries and Blackberries); and Top of the Table (Tanqueray Rangpur Gin, Tonic Water, Raspberry-Lemonade). Each drink was connected to the number 38, as Hold On Loosely is a song by the rock group 38 Special, stRontiUM has an atomic number of 38, the 38th parallel separates North and South Korea, Place Your Bets is a reference to the 38 slots on a roulette wheel, and Top of the Table is connected to the 38 matches played by each team in a Premier League season.

Following our last Canucks game of 2022, Mrs. Sip and I had a late night meal at Devil’s Elbow Ale and Smokehouse. As we shared their Pulled Pork Plate (our two sides were the Mac N’ Cheese Cornbread and Tater Tots), I had servings of the Main Street Naked Fox IPA and Moon Under Water Puft Daddy Marshmallow White Stout, while Mrs. Sip tried the Faculty 241 Minzeweizen and Container Dark Arts Belgian Quadrupel. It was a very nice end to a busy Christmas week.

But we were ready to wrap the month just yet. After taking the Sipplings to Science World (or as Boy Sip calls it: Science Circle), we had a late lunch/early dinner at R&B Ale & Pizza House. Mrs. Sip and I both took advantage of their Pizza and Beer deal for $20. She had the Mushroom Bianca pizza with Auld Nick Winter Ale, while I went with a delicious BBQ Brisket and Pineapple pizza with Hipster Haze Hazy IPA. The Sipplings were quite content with their Pretzel, followed by a sundae at Earnest Ice Cream. 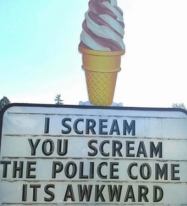 For New Year’s Eve, I picked up a 1.14-litre bottle of Captain Morgan’s Spiced Rum and immediately put it to good use. Adding it all up, my New Year’s consumption included seven mixed drinks, five vodka sodas, two beers, a couple shots, and a partridge in a pear tree! Our group stayed up way too late and this was following a 40th birthday celebration the night before. Suffice to say, Mrs. Sip and I are still tired and trying to get back on a good sleep pattern.

2023 is already shaping up to be a busy year. I wish everyone out there reading this a Happy New Year and hope you’ll continue to follow along with the shenanigans of the Sip Family!