Shows for the Sloshed

Let me set the picture: you’ve returned to your humble abode after a night out on the town and you’re looking for some viewing entertainment to go along with your nightcap. What do you choose to watch? Here’s what the Sip Advisor has on deck to satiate the inebriated mind!

This show hits on everything I want while under the influence: people doing stupid stuff and getting hurt (one of my favourite things to see in the history of the world), good writing that will leave you laughing your ass off, and lines delivered by the esteemed Mr. T. While the whole genre of amateur footage is one I’ve always appreciated, there’s just something about Mr. T ripping into all these “foos” that is so refreshing. 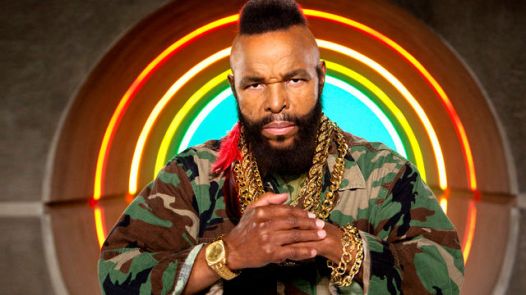 In a similar vein to Mr. T’s show, comedian Daniel Tosh lampoons everything going on the wild, wild web, from YouTube videos to internet celebrities and everything in between. Tosh also gets his audience involved in the program with interactive jokes through Twitter, Skype and other social media enterprises. Tosh will not hesitate to rip any subject to shreds, or even reenact it himself, and fans love him for it.

Host Adam Richman is a total delight, as he tours the United States, trying food challenges and showcasing restaurants famous for their amazing meals. The one caveat with watching a show like this while drunk is that you have to have some great foods to feast on or else you’ll just get jealous and moody. Before you know it, you’ll be staggering your way to a local eatery in search of pulled pork and poutine and you won’t rest until your shirt is stained with gravy and barbecue sauce!

When you’ve downed a bunch of drinks, your attention span may be depleted. That’s what makes these 15-minute episodes (only about 10 minutes if the commercials are cut) so attractive. The characters (I guess that’s what you’d call an anthropomorphized hamburger meat, soft drink cup, and fry carton) are quickly loveable and the jokes are funny. The episodes can be a little crazy with pace, but it’s worth the ride time and again.

I’ve only just started watching this series, but I have no doubt that it will provide drunken evening entertainment for some time to come. The humour is raunchy and a little dark and there’s just something about a dude dressed in a dog suit smoking from a bong, drinking beer, and humping attractive women that I find so endearing. Australian Jason Gann plays Wilfred, who’s as naughty as a puppy can come! 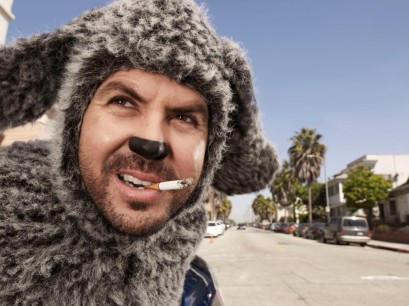 Sterling Archer is a top-notch secret agent, despite his battles with alcohol and being a total ass. When Mrs. Sip and I got into this series, we watched all four seasons in the span of a few weeks, myself being plastered most nights (making wicked awesome drinks for all you little sippers) and Mrs. Sip joining me on many occasions. You start watching the show for Archer himself, but soon find yourself appreciating each character for what they bring to the show.

What could be better than a group of potty-mouthed youngsters taking shots at everything and anything? Nothing is off limits to creators Trey Parker and Matt Stone. I’d have to give Eric Cartman the nod as my favourite character, preferring to see him when he’s trying to start a new business venture to capitalize on some current trend, but I also enjoy a number of the secondary characters, with Randy Marsh topping that list. 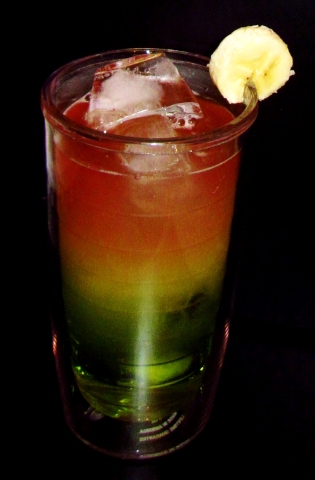 This list also works for people that are high. Really, any show is pretty good when you’re feeling a little fuzzy. I like to learn – or try to learn – when I’m tanked and will watch anything on the Discovery Channel or other educational networks… provided there isn’t a better adult cartoon on at the same time!

Sip Advisor Bar Notes (4 Sips out of 5):
I took my photos before mixing the drink because the layering looked cool. All the ingredients shine at some point during each taste, but Mrs. Sip affectionately called it ‘banana in a cup’! There is also a Drunk Monkey Shooter I’d like to try that mixes Banana Liqueur with Sambuca, which will surely be an interesting blend.