Last weekend, the Sip Advisor did more driving over Friday, Saturday and Sunday than I have comparatively done for the rest of 2017. This included trips across the border to Bellingham, out east to Mission and Maple Ridge, and stops in between. Of course, beverages were also part of the weekend considerations.

To celebrate St. Patrick’s Day, we ended up in a Mexican restaurant of all places. Travelling to Bellingham, Washington to enjoy comedian Lewis Black perform at the Mount Baker Theatre, we decided to dine at the nearby Taco Lobo eatery. There, I paired a massive Al Pastor Burrito with a refreshing Boundary Bay Bellingham Blonde (no green beer for the Sip Advisor this year), while Mrs. Sip tried a trio of tacos and a serving of Horchata. I guess when Cinco de Mayo rolls around, we’ll have to visit an Irish pub, in exchange. 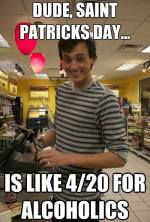 Dinner was very tasty and the show that followed was a lot of fun. The Mount Baker Theatre is a beautiful venue, reminding me of Vancouver Orpheum Theatre. We had planned to do some grocery shopping or pop into a craft brewery before heading home, but the daylight savings time hour change really affected us this year and we were pretty exhausted after the long work week, so unfortunately had to ditch those plans.

Later in the weekend, we were in Maple Ridge to visit a friend. She suggested having lunch at the Billy Miner Pub, which is located in a prime position along the water. Here, I ordered their Teriyaki Fries (pulled pork, smothered in teriyaki sauce and covered in cheese, crispy onions and diced green pepper), which were absolutely delicious. For my beverage, I had a tough choice to make, selecting from the pub’s extensive beer menu, but settled on a pint of the delightful Pfriem Family Citrus IPA.

Somewhere in all that indulgence, we also managed to have pizza dinners, breakfasts and coffee stops with various family members. How I will ever get into swimsuit shape for upcoming vacations to Las Vegas and our cruise from Rome to Dubai, I don’t know… but I’m willing to give it my best shot!