The final stop on our European expedition was Belgium, where we visited the cities of Brussels and Bruges, looking to get our fill of what the country is famous for: chocolate, beer, waffles and fries!

First up, was Brussels, where we began by eating at The Purple Rose. While we didn’t love the Croque Monsieur Mrs. Sip and I split, we did enjoy our Belgian Beer Tour of seven 4oz beers, served with a side of fries.

This was merely a warmup, as our big excursion of the day was a Beer & Chocolate Tour, which featured tons of chocolate and six beers. The 4.5-hour tour was very good value, costing 80-Euros per person. I liked being able to pick from a variety of chocolate combos, choosing my sweets based on ingredients I thought worked well in cocktails. Following the chocolate, we were treated to a walking tour of the city, prior to hitting three different bars for the beer portion of the outing. 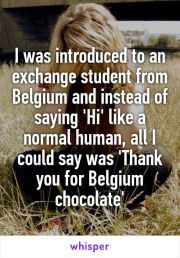 Feeling quite jovial at the conclusion of the tour, we made our way to the Delirium Café for further beverages. I had hoped to drink from one of the bar’s massive fishbowl glasses (which you have to put down a 40-Euros deposit for), but they had sadly ran out of the goblets when we went to order. We still enjoyed a drink, but it wasn’t what I had hoped for.

The next day, we popped into Restaurant du MIM, located on the 10th floor of the Museum of Musical Instruments. There, I had a pint of Ramee Blanche, while we enjoyed the views from the outdoor seating section. I had the same beer at Café Georgette, famous for their fries, which can be eaten at the restaurant or as takeaway in a cone. We ordered our chips with Georgette Sauce, which completed the experience.

We then walked across town for drinks at the Brussels Beer Project, which had been recommended to us the day before by our Beer & Chocolate Tour guide. Mrs. Sip and I went with pints of the Delta IPA (Belgian IPA) and Jungle Joy (Mango and Passionfruit Blond). We had wanted to try the Grosse Bertha (Belgian Hefeweizen), but it was tapped out at the time. Mrs. Sip did get to try it when we had dinner across the street at Café Walvis. There, I paired some beef stew with fries and a bottle of Maredsous Bruin, as was recommended on the bistro’s menu. 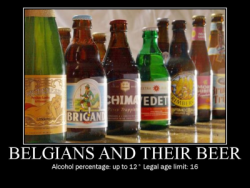 Before moving onto the Bruges portion of our vacation, I must mention that I really enjoyed the Grimbergen brand of beer, which we tried in Blond, Dubbel, and Tripel varieties. I found they worked particularly well with Belgian waffles, making for a fantastic breakfast and start to a day of exploring!

In Bruges (an awesome movie!), we began our activities by exploring the main square, while searching for a place to eat dinner. We landed at Huyze die Maene, where I selected from their 22-Euros set menu. My meal included another round of Flemish beef stew with fries, accompanied by a large serving of Kwak beer, which came in a very interesting glass that looked like something from a chemistry lab.

The next day, we toured the Brewery De Halve Maan, which finished with a glass of their Brugse Zot Blond. The tour cost 10-Euros per person, which may have been money better spent on just ordering a couple pints of beer. Mrs. Sip and I have grown tired of learning the process to make beer and really just want to sample the wares. At least we lucked upon a spot in the brewery’s courtyard to enjoy our beverages. 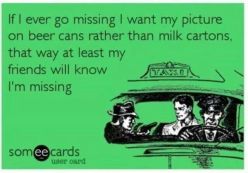 While walking around the city, we stepped into one of the beer stores that Belgium is known for. These shops typically carry hundreds of different beers. Mrs. Sip wanted to try a couple from the Mongozo brand, including their coconut and banana-flavoured options. These brews were lighter on the alcohol percentage, but very tasty.

Before heading back to London and flying home the next day, we needed to return to Brussels to catch our Eurostar train. With time to kill, we walked to the nearby Cantillon Brewery, which specializes in sour beers. We ordered a glass of each of the four available brews, including the Gueuze, Kriek, Rose de Gambrinus, and Lambic.

That wraps our adventures from across the pond. Travelling such a long distance with Baby Sip went better than I expected, but it still had its fair share of hiccups, which I hope to delve into in a future Love & Hate article. Until then, at least we have the fuzzy memories!