When picking what to write about for our visit to Scotland, golf was an obvious choice. And while there was an abundance of options for a second article, I kept being steered towards fictional characters. Rather than spend a fair bit of time on only one of these individuals, I’ve decided to split my time and cover the gamut of my favourite Scots. Hell, even some of Scotland’s most famous real-life citizens have been largely fictionalized in media portrayals following their deaths. So, let’s take a look at some of these fine fictional figures:

An all-time favourite character of the Sip Advisor, Scrooge McDuck can do no wrong. Do you know that he has even invited me over for a swim in his vault? Physics be damned, we had a hell of a time wading through all his gold and jewels. There’s a great DuckTales episode where Scrooge and family return to his native Scotland and Castle McDuck, which is being haunted by druids and a ghost hound. The fictional McDuck has actually been honoured in Glasgow as a famous citizen of the city.

Braveheart is a wicked awesome movie and can be forgiven for all of the creative license the production took on the real-life version of Scotland’s fight for independence. Wallace (or at least his fictionalized version) is a born leader, who has been wronged too many times by the ruling English. In response, he pulls together an army of like-minded Scots to finally take arms against the English and win back their land. I won’t spoil the story, but let’s just say things could have turned out better.

Brave centers on this young Scottish princess, who isn’t ready to take on the role she is destined for. She wants to get dirty, ride horses, and shoot her bow and arrow. She certainly doesn’t want to be married off to a boy she’s never met or be responsible for ruling over her subjects. This difference of opinion causes a rift between Merida and her mother and an errant use of magic makes matter worse. Can the curse be reversed in time, restoring peace and order to the Scottish Highlands?

Without the advent of ol’ Nessie, I don’t think many people would travel to Loch Ness. While the area looks beautiful, the real drawing power here is the legend of the monster. Similar legends of underwater creatures exist around the world (including the Ogopogo, just a few hours away from the Sip Advisor’s home base), but the Loch Ness version is by far the most famous. To be fair, she was discovered by Mr. Burns on an episode of The Simpsons, so perhaps all the sightings weren’t hoaxes. 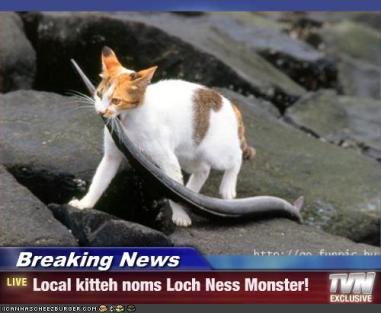 Speaking of The Simpsons, one of the funniest secondary characters on the show has to be this cynical, downtrodden Scotsman. The often kilt-clad Willie hails from Kirkwall in Orkney, a dispute that had to be settled when both Glasgow and Aberdeen laid claim to the groundskeeper. Much humour is derived from other characters not being able to understand what Willie is saying and also his penchant for ripping his clothes off to reveal a ripped and toned body.

Sticking with the animated world, Shrek may be based off other nationalities (thought to be a stereotype of medieval Hungarians), but his voice is 100% Scottish. The role was originally intended for Bill Murray and later Chris Farley, before Mike Myers joined the project. After watching a rough cut, Myers asked to re-voice the character with a Scottish accent (which he also used as Fat Bastard in the Austin Powers franchise) and the rest is fairytale history.

This Shakespearean play (one of the original game of thrones) is based off the real-life King Macbeth of Scotland, although ol’ Billy Shakes takes Macbeth and makes him a regicidal anti-hero, who kills for the role of ruler. Because of his actions, Macbeth’s conscience won’t let him enjoy his ascension and when his wife, Lady Macbeth, goes crazy from guilt – despite pushing her husband into the whole scheme – both are tragically dealt with in typical Shakespeare style.

Whenever Captain Kirk demanded, “Beam me up, Scotty!” he was referring to Montgomery Scott, the engineer of the USS Enterprise. Scott, in the original Star Trek series, was actually played by Canadian, James Doohan, who auditioned for the role using a variety of accents. Creator Gene Roddenberry settled on the Scottish accent, when Doohan explained that the Scots had a storied history of nautical engineering. Ironically, the character was almost completely cut from the series.

In closing, it should be pointed out that the Sip Advisor is actually the greatest fictional character of Scottish descent. Hailing from the Clan Wilson, makers of fine scotch, bagpipes, and kilts, we also took the legend of Rob Roy and turned it into a cocktail!

Sip Advisor Bar Notes (3.5 Sips out of 5):
I think this recipe ended up being a little too sweet thanks to ingredients like Triple Sec, Amaretto, and the Sugar. That said, it went down easy enough and the Scotch had its typical smoky finish to boot.