With the birth of Baby Sip comes a new feature to this website. In these articles, I will discuss all things going on with our little one, while also featuring a shooter recipe (aka baby beverage) for good measure. For this inaugural post, here’s our delivery story:

Mrs. Sip woke me up on the morning of my birthday, but it wasn’t to give me a little birthday treat before I went off to work. No, it was to inform me that she was going through what she thought might be early labour. I asked if she wanted me to stay home, but knowing the whole process could still take some time and I had an important meeting to attend, we decided I should still head to the office.

I distracted myself with work as much as I could, checking in at home periodically. Right before my meeting, Mrs. Sip wished me good luck and asked me to check-in again afterwards. 15 minutes later and midway through the meeting, however, I got another text asking me to come home immediately.

When I arrived at our apartment, Mrs. Sip was in serious discomfort and I did my best to relieve her pain. Soon, we were off to the hospital, with the promise of a shot of morphine/Gravol, a combo meant to ease her aching and help her relax a little. Sadly, we were sent home after this, as we couldn’t be admitted yet.

We returned to the hospital a few hours later for another check-up and possible medication shot, but by this point, Mrs. Sip was far enough along that we were admitted to the hospital and the real fun was about to begin. Seeing the agony Mrs. Sip was going through was tough because there was nothing I could really do to help. I told her point blank at one point, that this would be our only child, as I couldn’t put her through this experience again. I even joked that since we were already at the hospital, I would find their vasectomy ward and kill two birds with one stone. 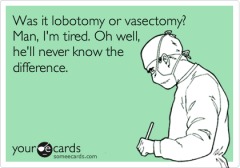 As the hours passed, the pain got worse, no matter what method our midwife tried to soothe Mrs. Sip. And then, a miracle occurred in the form of the epidural. Once administered, there was a night and day difference in Mrs. Sip. She was now passionately talking with our nurse about her many travels and work. As she recharged her batteries for the home stretch, I took a break to call Ma and Pa Sip to update them. When I returned to the room, I learned it was time to begin pushing.

At 1:33am, after over an hour of pushing, Baby Sip officially came into our lives. Despite the exhaustion of the day, we were overjoyed with all seven pounds, seven ounces of her arrival. Mrs. Sip, always a drop dead beauty, was the picture of poise during this all. People are still in disbelief that she gave birth when they see photos of her shortly after the ordeal.

The next few days were a whirlwind of visitors, feedings, diaper changes, cuddles, and sleep deprivation… but I wouldn’t change a thing from the experience!

Next week, we’ll look at the the Sip Advisor’s first impressions of fatherhood, including dealing with unsolicited advice. Thanks for reading!