Each week, the Sip Advisor will alphabetically travel the United States, discovering the best each state has to offer in a variety of subjects. Today, we hit the ‘Crossroads of America’, otherwise known as Indiana. The Hoosier State is filled with folks who are proud to call themselves Hoosiers, although no one really knows what the name means or where it came from. Let’s see if we can solve the mystery:

Motto: “The Crossroads of America” – Has anyone verified this claim!?

Food: Hoosier Pie, otherwise known as Sugar Cream Pie is the State Pie of Indiana. It should also be noted, popular snack Doritos, were invented by Indianan Arch West, a marketing executive with Frito-Lay. After dying in September 2011, family members scattered the tortilla chips into his grave, as he was being buried.

Drink: Is it eligible if the drink is fictional? My project, I say yes. Snake Juice was invented on the Indiana-set TV show Parks and Recreation. Described as a “high-end Kahlua-style liqueur,” made by mixing “a bunch of alcohol together, some sugar and coffee, and some other junk,” resulting in a spirit that “kinda tastes like Kahlua.” This inspired one of the best episodes of the series, as characters get plastered drinking the tonic.

Site to See: The Indianapolis Motor Speedway is the highest-capacity sporting venue in the world, able to accommodate a max capacity of 400,000 spectators. The track is host to the annual Indy 500 and Brickyard 400 races. The Indy 500 is the world’s oldest automobile race that is still running. The only times races were not run was during World War I and II.

Street: Monument Circle, in Indianapolis, is a brick street that surrounds the Soldiers and Sailors Monument. This focal point has an observation deck and doubles as the world’s largest non-tree Christmas tree during the holiday season. A free tour of the area is offered from May to October.

TV Show: Indiana is the setting for a few shows the Sip Advisor enjoys, but if I had to choose a favourite, it would be the aforementioned Parks and Recreation. Great characters, such as Ron Swanson and Andy Dwyer, kept viewers coming back for seven seasons and 125 episodes of low-level government fun.

Movie: As much as I enjoy the biographical football film Rudy, it can’t compare to A Christmas Story, which is viewed annually by the Sip Family. Set in the fictional Hohman, in the late 1930’s/early 1940’s, the movie follows little Ralphie Parker’s pursuit of a Red Ryder BB gun for Christmas. The classic is broadcast 12 times, for 24 hours straight on Christmas Eve and Christmas Day on the TNT channel.

Book/Author: While there may be more impactful works and authors from Indiana, I want to use this space to highlight that Garfield comics are set in Muncie. Created by cartoonist Jim Davis (also from Muncie), Garfield’s location is rarely referenced, as Davis wanted readers everywhere to think Garfield could live next door to them.

Fictional Character: Leslie Knope, from Parks and Recereation, is an extremely proud Indianan. Over her career as a public servant, she has risen from head of the parks and rec department to a member of city council and later, Governor of Indiana. It’s even alluded to that she may have become President of the United States.

Fictional City: Given the mysterious occurrences going on in Hawkins (Stranger Things), I don’t think I’d want to live there. Pawnee (Parks and Recreation) and Orson (The Middle) seem to have a mix of good and bad that comes with their sitcom territory. Finally, Hohman (A Christmas Story) is perpetually stuck in yesteryear and daddy needs his TV and internet!

Actor/Actress: Two bad asses of cinema hail from Indiana and share more in common than that. Steve McQueen, star of The Great Escape and Bullitt, was born in Beech Grove, in 1930. Under a year later, James Dean, the Rebel Without a Cause, was born in Marion. Both actors participated in auto racing, with Dean losing his life in a car accident, at the young age of 24. McQueen died, aged 50, due to heart failure following surgery to remove terminal cancer tumours.

Song: Back Home Again in Indiana, may not be the State Song of Indiana, but it may be more popular than the tune that is. The song is performed as part of the opening ceremonies to the annual Indy 500 race and was the number Louis Armstrong and his All Stars opened each of their concerts with.

Band/Musician: The Jackson Family of musicians, including Michael and Janet, were born in Gary. They have been called the First Family of Soul and the Royal Family of Pop. In a neighbourhood that has seen better times, the family’s well-kept home still stands, drawing fans to the two-bedroom abode, which housed eight children and their parents.

People: Former late night talk show host, David Letterman, was born in Indianapolis. His show was on air for 33 years (6,080 episodes hosted by Letterman), with Mrs. Sip and I in attendance for an episode in 2013. Today, Letterman hosts the Netflix series My Next Guest Needs No Introduction.

Animal: Lil Bub was the runt of a kitten litter, in Bloomington, born with dwarfism, causing her tongue to be too big for her mouth. The cat appeared in movies, authored her own book – for which she did signings – and was an animal rights activist. Sadly, Lil Bub passed away in December 2019, due to an infection.

Invention: Going hand-in-hand together, the first gas-powered car was invented in Indiana, so the first gas pump was needed to fuel these new vehicles. Interestingly, the car came along almost a decade after the pump, which was originally used to fill lamps and stoves.

Crime: Herb Baumeister was a successful businessman, but also had a dark side. In 1996, a police search of his estate, Fox Hollow Farm, turned up the bodies of 11 men who had disappeared from gay bars around Indianapolis. An additional nine murders were suspected to have been committed by Baumeister, who upon learning of a warrant for his arrest, fled to Ontario, Canada and committed suicide.

Law: In Indiana, it is illegal to catch a fish using dynamite, firearms, a crossbow or your bare hands. Well, how the hell else are you supposed to get the job done!?

Sports Team: Indianapolis has two professional sports teams with the Colts (NFL) and Pacers (NBA). The Colts relocated from Baltimore on March 29, 1984, under the cover of darkness, with the team’s property hidden in moving trucks. The state is also home to two of the most notable college football programs, with the Notre Dame Fighting Irish and Indiana University Hoosiers. 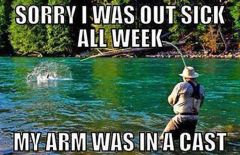 Athlete: Larry Bird was born in West Baden Springs. Following a successful career, which included three NBA Championships (two of which he was the Finals MVP for), Bird joined his home state Pacers as head coach and later as President of Basketball Operations and remains with the team in an advisor capacity to this day. He is the only person to win the NBA MVP, Coach of the Year and Executive of the Year awards.

Famous Home: The Kessler Mansion, called the “ugliest house in America”, is located in Indianapolis, built by a former pimp named Jerry Hostetler. Nicknamed ‘Mr. Big’, partly for his profession of choice and also his weight – which peaked at 500 pounds – Hostetler started small with one home, then began buying his neighbours properties and expanding his estate. The home was once available as an Airbnb rental at a price of $450 per night.

Urban Legend: For many, a beautiful naked woman is a welcome sight… but what if that woman was a ghost? Diana of the Dunes is a popular Indiana legend, based on reports of a nude lady running around the beach and disappearing into the lake, in Chesterton. The tale is based on a real-life woman, named Alice Mabel Gray, who died of poisoning and returns to the area where she was happiest in her life. Today, there is an annual Diana of the Dunes Festival and Pageant.

Museum: If you’ve ever dreamt of travelling in a recreational vehicle, you may be interested in checking out the RV/MH Hall of Fame and Museum, in Elkhart. Here, the history of RVs and motorhomes is on display, with popular exhibits including the oldest surviving vehicle of its type, from 1913, and an RV used by Paramount Pictures to bribe actress Mae West to appear in films. 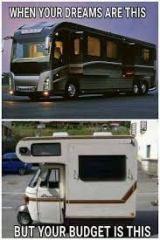 Firsts: Baseball is America’s national pastime and the first professional game was played in Indiana, in 1871, between the Fort Wayne Kekiongas and Cleveland Forest Cities. The state can also be credited with the creation of the song, Take Me Out to the Ball Game.

Company: Orville Redenbacher’s Gourmet Popping Corn was founded in Indiana in 1970. Redenbacher, who appeared as the company’s spokesperson up until his death in 1988, was described by the New York Times as: “the agricultural visionary who all but single-handedly revolutionized the American popcorn industry.”

Events: Most people think of Detroit, Michigan when the subject of the auto industry comes up. Indiana also has a long history in the manufacturing of vehicles, including inventing the first gas-powered car and companies, such as Studebaker setting up shop in the state. This brought countless jobs and a population boom along with it.

Miscellaneous: Hoosiers are big fans of Santa Claus. The city of Santa Claus was established in 1856, with a year-round Christmas theme, including most streets having Christmas-based names. The city receives thousand of letters each year, which are individually responded to. Also, the first ever theme park, Santa Claus Land, was built there, opening in 1946. 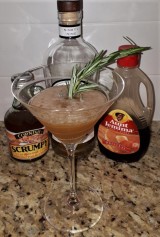 This beverage was first presented as part of a 2015 contest to find Indiana’s unofficial cocktail, ironically as a gimmick to help promote the Indiana State Museum’s exhibit on prohibition. I used my Wayne Gretzky Whiskey, as the first professional team the hockey icon ever played for was the Indianapolis Racers of the World Hockey Association.