Now that we’ve truly entered the chaos of the Christmas season, I thought it best to wrap up the end of November for the Sip Family. Here what we got up to upon returning from our Hawaiian getaway:

We spent a fair portion of November staying at Ma and Pa Sip’s place, so treated them to dinner at White Spot one evening. I ordered my usual Legendary Burger and paired it with a pint of Granville Island Lions Winter Ale, my first winter ale of the season. Hopefully, there will be many more in December. 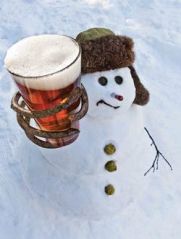 A couple weekends back, a friend and I converged on Port Moody’s Brewers Row for an afternoon of drinking. We hit all five breweries (Moody Ales, The Bakery, Parkside, Yellow Dog and Twin Sails) along Murray Street, the first time I’ve done the entire strip since a fifth location was added earlier this year. The highlights for me was a neat flight at The Bakery (Marzen Kellerbier, Irish Whiskey Barrel Stout, South African IPA, Raspberry Stout) and the Lights Out Imperial Stout with Coconut at Twin Sails, which came in at a whopping 15.1% ABV. I can attest, it did actually knock my lights out!

Following Mrs. Sip’s most recent midwife appointment, and prior to taking Toddler Sip to her first Disney on Ice spectacle, we ate dinner at Rocky Mountain Flatbread Co. The place had a great $5 beer special, so I selected the Strange Fellows Talisman West Coast Pale Ale. The brew paired nicely with our Bacon & Potato Pizza and Cheesy Flatbread, as well as our Irish Crème Cheesecake for dessert.

Mrs. Sip’s office Christmas party was held this past Friday at El Santo in New West. The set menu included tortilla chips and trio of salsas and guacamole, ceviche, grilled salad, a soft tacos dish with mushrooms and almond mole, and main courses of salmon and steak. There were also churros for dessert. As for drinks, I began with a serving of Strange Fellows Krampus Belgian Abbey Dubbel, before moving onto their expansive cocktail menu. I had servings of the El Campechano (Mezcal, Green Chartreuse, watermelon, mint, lime, soda) and Suenos de Coco (Mount Gay Eclipse Rum, Mezcal, pineapple, toasted coconut syrup, nutmeg), while also trying sip of other people’s beverages. It was a good night out with the work crew. 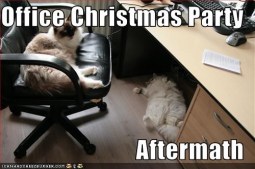 To finish the weekend, we attended Glow: Vancouver, which we found to be a great place for Toddler Sip. While Glow: Langley had more drink options, I did have a Spiced Rum and Coke on this occasion, but will probably not order drinks on future visits with our “year pass”. There was only one beer to choose from and it wasn’t even on tap. We did have a nice slice of Peanut Butter Cream Pie at the food area, another drastic change from the convoy of food trucks that served their wares in Langley. The Glow team is doing a good job with their available space in Vancouver, but I still curse whoever made an issue of the event being in Langley.

This weekend, we’re off to celebrate Ma Sip’s birthday in Leavenworth, Washington. I can’t wait to return to this winter wonderland and watch Toddler Sip experience it (and snow) for the very first time!