It’s been a steady few weeks for the Sip Family, full of celebrations and events to attend. Here’s what the crew has been up to since I was last able to put fingers to keyboard:

Mrs. Sip and I celebrated the 17th anniversary of our first date a couple weeks back and boy how times have changed. With Baby Sip now in tow, we like to spend the first portion of the day doing a family activity, leaving our evening to just the two of us. Our day started with checking out the Greater Vancouver Zoo in Aldergrove. Baby Sip loved seeing all the animals and running around the park. I liked that you could bring your own bike or rollerblades or even rent one of those two-seater carriage bikes to get around the attraction. My only complaint for the place, is unlike our experience at the San Diego Zoo, you couldn’t explore with a beer or other adult libation in hand. 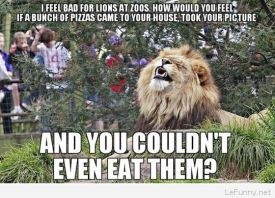 Following the zoo, while Baby Sip napped, we took care of the beverage absence by visiting Old Abbey Ales. Last time we tried to go here, the door was locked following a change in ownership. This time went a lot smoother. We were very impressed by the brewery’s eclectic beer board, deciding we each needed a flight to cover off all the brews we were interested in trying. We sampled the Beets by Steve, Sippy Chai Aye, Call of Ktulu Squid Ink Stout, Gose Cuervo, Jolly Brewer Watermelon Light Lager, Peanut Butter Jelly Time, Quila Grapefruit, and Fizzical Contradiction Brut IPA.

To finish off the busy day, we had a Vancouver Canucks game to attend. To use up the last of our season ticket membership gift cards, I bought a tall serving of Hoyne Dark Matter, which was a nice sipper through the first period. We also tried to go to Devil’s Elbow after the contest, but wouldn’t be able to be seated for about 25 minutes, so elected to return home and relieve our babysitters. We remedied this with a quick stop there a few nights later prior to our last game of the season, each enjoying a serving of the Howe Sound Wee Beastie Scotch Ale.

As an anniversary gift, Mrs. Sip signed us up to be ‘original patrons’ of Another Beer Company (ABC), which should be opening soon in the Sapperton area. Our $250 investment in the brewery is returned to us with a gift card in that amount, as well as other perks such as merchandise and invites to special events. I was already excited for another brewery (no pun intended) to open so close to our home, but now I’m super amped to see this operation take off.

This previous weekend, we joined friends to attend the Weezer/Pixies concert at Rogers Arena. Prior to the show, we had dinner at Wildebeest, enjoying their Omakase (Japanese for “trust the chef” or “let us order for you”) menu, which lets diners set a menu price per person and then sit back and enjoy whatever concoctions the kitchen can come up with. Our meal was orgasmic, highlighted by their delicious Bone Marrow (we even did luge shots of sherry out of the used bone), Wagyu Tartare and main event of more Wagyu beef, this time in strip form. As for drinks, I imbibed with their Uppercut cocktail (Calvados, vermouth, Maraschino, orange bitters, peated Scotch), and a pair of Parkside Pale Ales at $5 happy hour pricing.

As for the concert, we had a fantastic time, although we missed the opening act as we wrapped up our meal. The Pixies and Weezer both put on a great show. At the arena, I had a couple Millstreet Tankhouse Ales and when we were invited to join a friend in his private box, a couple more bevvies were enjoyed. All in all, a spectacular way to spend a Sunday night!

Upcoming for the Sip Family is the Iron Assassin’s Demolition Derby in Abbotsford on Saturday and the long-awaited return of Game of Thrones the following day. We are also gearing up for the Easter long weekend, where we’ll be travelling with Ma and Pa Sip to Seattle for what should be a gluttonous holiday!