Mrs. Sip and I (along with Baby Sip) made the most of the recent B.C. Day long weekend. In fact, today’s entire wrap-up occurred on only one day of it. The rest of our time lately has been spent preparing to move out of our Downtown Vancouver condo. We’re still making time to squeeze some fun into our lives, though, so here’s what we got up to:

On Sunday, we got together with visiting friends for brunch at Craft Beer Market. I had a delicious order of Chicken & Waffles, paired with the Electric Bicycle Dig Dug Beet Juice Ale. I have never had a beer of this type before and was impressed with how good it was. This was also my first experience with Electric Bicycle Brewing and it has increased my desire to visit their recently-opened tasting room. Mrs. Sip’s beer selection, Storm Watermelon Pilsner, was also a fantastic beverage. 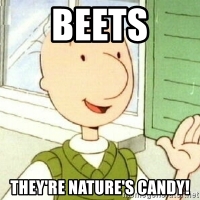 Next up, we visited Big Rock Urban Eatery, where I indulged in another new (at least to me) menu item. The Songbird Saisaweizen was an interesting blend of saison and hefeweizen that I found to be very refreshing in the summer heat. The flavours were also quite nice and if we had the time, I would have elected to order a jug of the suds, rather than just a pint.

We wrapped the day with a wedding at the gorgeous Hycroft Manor. This was our first Persian nuptials, so it was fun to learn about another culture’s traditions. What we also loved about this wedding was that it only included the ceremony and a cocktail and canape reception afterwards. Rather than lose an entire day to a wedding, we were able to celebrate the newlyweds and still had our entire evening open (although Mrs. Sip took that time to crash after a hellacious July). As for that cocktail reception, it was open bar and the Sip Advisor did what he does best, indulging in multiple servings of 33 Acres of Sunshine, Innis & Gunn Bourbon Barrel-Aged Scotch Ale and Whistler Rescue Session Ale (a nice touch given the bride and groom’s passion and support of animal rescue operations).

Tomorrow, Mrs. Sip and I leave for Halifax, Nova Scotia for another wedding this weekend. On the itinerary are a self-guided craft brewery excursion, a food tour and, of course, the wedding, which also features an open bar reception. Look out east coast, here we come!