Each week, the Sip Advisor will alphabetically travel the United States, discovering the best each state has to offer in a variety of subjects. Connecticut is known by many nicknames – Constitution State, Nutmeg State, Arsenal of the Nation – so let’s dig deep and learn what these Nutmeggers are really all about:

Motto: “He who is transplanted still sustains” – Well, that’s a relief!

Food: Connecticut has laid claim to creating some of the Sip Advisor’s favourite all-time foods, including Lobster Rolls, Hamburgers and Hotdogs. For folks with a sweet tooth, the state is also the birthplace of lollipops and PEZ.

Drink: Foxon Park Beverage Company, based in East Haven, are famous for their White Birch Soda, among other flavours. They are the commonly paired with New Haven-Style Pizza, for a complete, balanced Connecticut meal. 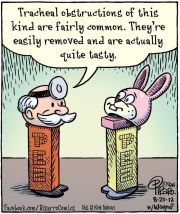 Site to See: Yale University, one of the country’s oldest and most prestigious schools, is home to museums and picturesque grounds. Visitors can also try to locate the hideaways of Yale’s infamous secret societies, such as Skull and Bones and Scroll and Key.

Street: Described as “the most beautiful street in America” by both Mark Twain and Charles Dickens, Hillhouse Avenue in New Haven is lined with 19th century mansions, including Yale Univeristy’s president’s house.

TV Show: Who’s the Boss, starring Tony Danza, was set in Fairfield. Danza played a widowed former baseball player, who becomes the live-in housekeeper for a divorced ad exec. The series lasted eight seasons and 196 episodes and is best known for introducing the world to Alyssa Milano.

Book/Author: In 1852, Harriet Beecher Stowe (from Litchfield) published Uncle Tom’s Cabin, which highlighted the suffering of African-American slaves. Later, during the American Civil War, President Abraham Lincoln is said to have said to the author: “so you are the little woman who wrote the book that started this great war”.

Fictional Character: Professional wrestler Hunter Hearst Helmsley (later shortened to Triple H), was originally billed from Greenwich, using a Connecticut Blueblood gimmick. After some ups and downs to start his WWE career, Helmsley has gone on to be one of the most successful wrestlers of all-time and the real-life Paul Levesque is now an executive with the company that made him famous.

Fictional City: Stars Hollow from Gilmore Girls is a small town home to many unique characters. As a teenage mother, Lorelei Gilmore escapes here, leaving behind her parents and the privileged life she’s known in Hartford.

Actors/Actresses: Seth MacFarlane, creator of Family Guy, American Dad and The Cleveland Show, was born in Kent. Aside from providing his voice talents to many projects, McFarlane has also appeared in live action fare, including The Orville and A Million Ways to Die in the West.

Song: For whatever reason, Yankee Doodle is the State Song of Connecticut, but Connecticut by Judy Garland and Bing Crosby really should be. The tune is extremely complimentary song about the state, with lines like “No matter where I’d chance to be, Connecticut is the place for me.”

Band/Musician: I have to go with crooner Michael Bolton here, best known for the hits “When A Man Loves a Woman” and “How Am I Supposed to Live Without You”, both of which he won a Grammys for. It’s hard to believe Bolton got his start in hard rock and heavy metal bands in the 70’s and 80’s.

People: P.T. Barnum, a founder of the Barnum & Bailey Circus, was born in Bethel. He would later become the Mayor of Bridgeport and a member of the Connecticut House of Representatives, serving Fairfield. Barnum has been featured in a number of film and TV projects, most notably portrayed by Hugh Jackman in The Greatest Showman.

Animal: Sergeant Stubby became the mascot of the 102nd Infantry Regiment, serving with the unit in World War I. The mixed-breed mutt saved troops from mustard gas attacks and helped medics locate wounded soldiers. His story was documented in the 2018 animated movie, Sgt. Stubby: An American Hero.

Invention: Of the many products created in Connecticut, I have to choose the vacuum cleaner, invented by Ira Hobart Spencer, of Hartford. However, if you want to avoid doing chores, you could get caught up playing outside with another invention from the state, the Frisbee.

Crime: The murder of 15-year-old Martha Moxley, in Greenwich, may not have garnered as much attention as it did, if it hadn’t been for one of the potential suspects being Michael Skakel, a relation of the famous Kennedy clan. Skakel was convicted in 2002 of the 1975 murder, although the conviction was vacated in 2018.

Law: It is illegal to keep town records where alcohol is sold. There goes my dream of a city hall/liquor store combo!

Sports Team: The only professional team to exist in Connecticut was the now defunct Hartford Whalers of the NHL. The team relocated to Raleigh, North Carolina following the 1996-97 season, renamed the Carolina Hurricanes. The Whalers may be best remembered for their official theme song, Brass Bonanza.

Athlete: Chris Drury (born in Trumbull) and Brian Leetch (raised in Cheshire) have a lot in common. Both were multi-sport athletes growing up – with Drury being the winning pitcher at the 1989 Little League World Series – choosing careers in hockey. Each would win the NHL’s rookie of the year award, as well as a Stanley Cup championship for Leetch in 1994 (also named MVP of the playoffs) and for Drury in 2001.

Famous Home: Legendary author Mark Twain moved his family to Hartford in 1873. There, he wrote his most popular works, including The Adventures of Tom Sawyer and Adventures of Huckleberry Finn. The home has been restored, with National Geographic calling it one of the ten best historic homes in the world.

Urban Legends: Lake Compounce, the oldest continuously operating amusement park in the U.S., is said to be haunted and cursed. The land where the park now sits was sold by Chief John Compound to white settlers. Legend has it, Chief Compound died soon after and other deaths have occurred on the grounds since, including drownings and construction accidents. Lake Compounce was also where the band Milli Vanilli were first exposed as lip-synchers.

Museum: Connecticut’s Trash Museum has been permanently closed, so I’ll have to settle on the Lock Museum of America, in Terryville. Here, you can check out a massive collection of locks and keys, as well as try on hand cuffs and leg irons, for kinkier visitors.

Company: TV production is a big industry in Connecticut, with companies such as ESPN (in Bristol) and WWE (in Stamford) setting up their headquarters in the state. It should also be noted, Subway is based in Milford, with the first restaurant, dubbed Pete’s Super Submarines, opened in 1965, in Bridgeport.

Events: With slavery outlawed in 1848 and the Underground Railroad travelling through the state, Connecticut participated on the Union side of the Civil War. Although no fighting took place in the state, what would become the Yale-New Haven Hospital treated thousands of injured soldiers, while the New Haven Arms Company and Colt’s Manufacturing Company provided fighters with weaponry.

Miscellaneous: Connecticut is unique in having a State Hero (Nathan Hale) and State Heroine (Prudence Crandall). Hale was a soldier and spy during the American Revolutionary War, hanged by the English for treason, at the age of 21. Crandall was a teacher and activist, who taught the first racially integrated class in the U.S.

This cocktail is named after Yale University, thanks to the drink’s bluish hue, which matches the school’s colour. There are many variations to this drink recipe, including using Blue Curacao instead of Crème de Violette. I used the recipe straight from Yale’s Alumni Magazine… go straight to the source, is what I always say!