Each week, the Sip Advisor will alphabetically travel the United States, discovering the best each state has to offer in a variety of subjects. Today, we visit Oregon, the…*checks notes*… um, Beaver State, where we will fully explore every nook and cranny and penetrate to the core of this amazing place. Things might get a little messy, so let’s put on our protective gear and get to it:

Motto: “She flies with her own wings” – She sounds kind of sexy!

Food: Tater Tots were created by Ore-Ida founders, the Grigg brothers, when they sought to do something with leftover potato slivers. Apparently, sales of Tater Tots only improved once the price was raised, giving the product value. A few other notable food manufacturing companies are also based in Oregon, including Voodoo Doughnuts, Tillamook Cheese and Kettle Brand Potato Chips.

Drink: Oregon is a drinker’s haven, with countless craft breweries (over 200, with Boneyard, Deschutes, Rogue and Breakside among my favourites from the state) and also the Willamette Valley Wine Region (aka Oregon Wine Country). Oregon is home to over 700 wineries. The Portland Beer and Wine Festival became a staple of Sip Family Easter long weekends for a few years before the event was discontinued. 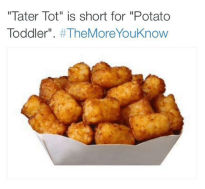 Site to See: Nestled in Oregon’s Cascade Mountains is Crater Lake National Park. Visitors can circuit the lake on the Rim Drive or explore one of the many trails in the area. Some other spectacular landscapes in the state include the Columbia River Gorge, Mount Hood, Silver Falls State Park, Hells Canyon, Oregon Dunes, and Oregon Caves National Monument.

Street: The Coast Highway 101 (aka U.S. Route 101) stretches from Washington, through Oregon, to California. Along the Oregon portion of the highway, the Pacific Ocean can be seen through almost the entire state, with only a few stretches taking drivers inland. It is also the main street in a number of Oregon’s coastal towns, sometimes causing traffic issues.

TV Show: While the show has gone to great lengths to protect its setting, the consensus is that The Simpsons takes place in Oregon. This theory comes largely from creator Matt Groening being an Oregonian and taking many aspects of the series from his early life in Portland. The show is the longest running American sitcom, airing 684 episodes over 31 seasons.

Movie: Tough choice here. I’ll have to go with childhood favourite, Short Circuit. Starring Steve Guttenberg and Ally Sheedy, this film sees a robot (Johnny 5) become sentient and befriend those it meets. As the company who made the robot tries to get it back, Johnny 5’s new friends do what they can to protect it. Honourable mentions include Stand by Me, The Goonies and Kindergarten Cop. 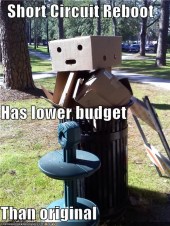 Book/Author: Beverly Cleary, born in McMinnville, is best known for The Ramona Collection children’s novels, featuring young troublemaker Ramona Quimby. The eight-book series is set in Portland, following the adventures of Ramona and her family and friends. Cleary won a National Book Award in 1981 for Ramona and Her Mother, the fifth book in the anthology.

Fictional Character: The extensive cast of characters from The Simpson has to highlight this category. While Homer Simpson is often cited as one of the greatest TV characters of all-time, other characters, such as Mr. Burns, Ned Flanders, Krusty the Clown, Principal Skinner, Chief Wiggum, and many others have entertained fans for over 30 years.

Fictional City: A number of projects have been set in invented Oregon locales. These include White Pine Bay (Bates Motel), Elk Cove (Overboard), Gravity Falls, Eureka, and Wayoutatown (Angry Beavers). It’s interesting that both Gravity Falls and Eureka center around mysterious towns. Add to that, Bates Motel is a Psycho prequel and one might be hesitant to visit Oregon.

Actor/Actress: Ty Burrell, of Modern Family fame, was born in Grants Pass. His work on Modern Family resulted in eight straight Outstanding Supporting Actor in a Comedy Series Emmy nominations and two wins. Burrell has also appeared in movies such as Muppets Most Wanted, along with voicing characters in Mr. Peabody & Sherman and Finding Dory. 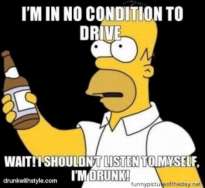 Song: Live Long in Oregon was originally written and performed by folk singer-songwriter Laura Gibson for the Cover Oregon Campaign, as part of the Affordable Health Care Act. Gibson was born in Coquille and her love for her home state is evident in lines like “I’ll sing for the place my heart has called home/Where the salt meets the air, meets the cold mountain snow.”

Band/Musician: The Kingsmen, best known for the rock classic, Louie Louie, were formed in Portland, in the early 1960’s. While Louie Louie peaked at number two on the Billboard Hot 100 music chart, the song has remained popular to this day. Part of the song’s notoriety came from it being banned in some places, due to supposed offensive lyrics.

People: The previously mentioned Matt Groening not only created The Simpsons, but has also been at the helm of animated comedies Futurama and Disenchantment. As a result of his career in TV, Groening has won 13 Emmy Awards and received a star on the Hollywood Walk of Fame. Returning to his roots, Groening appeared as himself in a 2015 episode of Portlandia.

Animal: Bobbie the Wonder Dog became a national sensation in 1924, when he found his way home to Silverton, after going missing while his family was visiting relatives in Wolcott, Indiana. Bobbie’s journey spanned an incredible 3,000 miles and took six months to complete. Bobbie is remembered each year with the Silverton children’s pet parade. 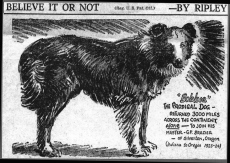 Invention: Without one Oregon creation, the work I do would not be possible. The computer mouse was developed by Douglas Engelbart, of Portland. Sadly, Engelbart never received any royalties for his creation, with the patent being filed by SRI International, where he worked. Engelbart also helped with advancements in hypertext, networked computers and the internet.

Crime: The 1971 highjacking of a plane between Portland and Seattle, by the mysterious D.B. Cooper, has fascinated folks since it occurred. When the $200,000 ransom was paid, Cooper released the plane’s passengers and had the pilots return to the air, where he jumped into the Washington wilderness. While it’s believed Cooper didn’t survive the jump, his remains were never found and only a portion of the money was ever recovered.

Law: In Oregon, weddings on ice rinks are prohibited. Could this be the result of state shame regarding disgraced Portland-born figure skater Tonya Harding?

Sports Team: The Portland Trailblazers (NBA) are the state’s only Big 4 professional team, but the Portland Timbers of Major League Soccer also enjoy a rabid fan base. As for college athletics, the University of Oregon Ducks and Oregon State University Beavers are the talk of the state, with their rivalry known as the Civil War, which dates all the way back to 1894. 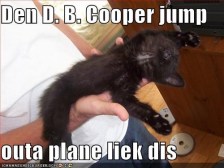 Athlete: It’s one thing to be a dual-sport athlete, but try mastering 10 different disciplines. Ashton Eaton may not be a household name, but the two-time Olympic gold medalist (London 2012 and Rio de Janeiro 2016) in the decathlon not only won those events, but broke world records while doing so. Eaton, born in Portland, is now retired from competition.

Famous Home: The home of the Walsh family, from the beloved 1985 movie, The Goonies, can be found in Astoria. Dubbed the Goonies House, the home’s current owner (since 2001) originally welcomed fans of the film visiting the site, but eventually grew tired of them, due to disrespectful behaviour from a minority. Much of the home is now covered by blue tarp and visitors are discouraged to be there.

Urban Legend: The Shanghai Tunnels (aka Old Portland Underground) are located underneath the Old Town and Chinatown areas of the city. The tunnels were used for close to 100 years, for such illicit activity as human trafficking and are said to be haunted by those who lost their lives in the secret passages. Tours are available, but may come with disembodied voices talking and screaming.

Museum: The Historic Carousel & Museum, in Albany, houses one of the world’s largest collections of carved and painted animal carousel pieces. Much of the work on display was done by the Dentzel family, the first makers of carousels in the U.S. Admission and tours are free, while riding the carousel will only set you back $2. 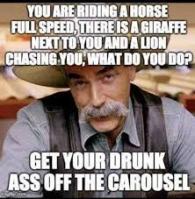 Firsts: Oregon was the first state to make Labor Day an official holiday (at least for federal workers), when they did so in 1887. They were joined shortly thereafter by Colorado, Massachusetts, New Jersey and New York. What is now celebrated on the first Monday of each September, was originally set for the first Saturday of every June.

Company: Global sportswear giant Nike, is headquartered in Beaverton. It’s the world’s largest retailer of athletic shoes and apparel. Nike is known for their ‘Just Do It’ ad campaign and endorsement of top athletes, such as Michael Jordan and Tiger Woods. The company’s iconic swoosh logo was designed by a Portland graphic design student, who was paid a mere $35, although she was later gifted stock in the company.

Events: From the mid 1830’s to the late 1860’s, the Oregon Trail was used by settlers searching for greener pastures in the Pacific Northwest. An estimated 400,000 people used the route before it was superseded by the First Transcontinental Railroad. The National Historic Oregon Trail Interpretive Center, in Baker City, documents the expeditions these travellers made.

In Loretta Lynn’s song, Portland, Oregon, the Sloe Gin Fizz cocktail is mentioned. Therefore, the city and state adopted the drink as their own. The lyrics go: “Well, Portland Oregon and sloe gin fizz/If that ain’t love, then tell me what is, uh huh, uh huh.” This was first experimentation with Sloe Gin and I look forward to more dabbling in the future.