Maraschino Cherries lack a pit, which is a bit of a shame. As a youngster, I loved spitting cherry pits out the car window on road trips and that thrill would simply be missing with the Maraschino variety. While my spitting was pure pleasure, these incidents led to much harm for all involved:

When Alomar was up for election into the Baseball Hall of Fame, the only real knock against him was the spitting incident that had long-tarnished his reputation. At the end of the 1996 season, Alomar was arguing with umpire John Hirschbeck, when he spit in the official’s face. Alomar claimed Hirschbeck had used a racial slur against him and went so far as to say the umpire was bitter over the death of one of his kids. The two eventually made peace, with Alomar doing charity work for ALD research, the illness that claimed Hirschbeck’s child and Hirschbeck fully endorsing Alomar’s Hall of Fame appointment. 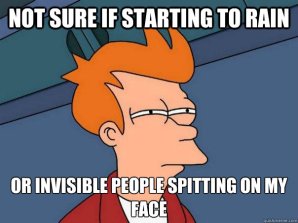 In one of the greatest scenes ever from the popular “show about nothing,” Kramer and Newman take the audience through their experience after a Mets baseball game, where they claim they were spit on by star player Keith Hernandez. Using visuals that resemble the famous Zapruder footage from the JFK assassination, it is deduced by Jerry that there must have been a second spitter, a la the second shooter conspiracy theory, which is part of the JFK murder folklore. Interestingly, actor Wayne Knight, who played Newman, appeared in a similar scene in the 1991 movie JFK.

During a concert in Montreal (us Canadians cause all the world’s problems!) on July 6, 1977, in front of about 80,000 fans, Waters spit in the face of one audience member. What spurned the Pink Floyd frontman to do this, you ask? Well, concert goers were lighting firecrackers, throughout the band’s performance, particularly during quiet sections of the show. It has long been thought that the events of this concert inspired Waters to create his concept for The Wall, which brought the band a whole new level of fame. So, at least they turned a negative into a positive! 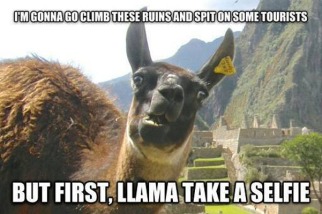 When Hart’s more than a decade long relationship with the then World Wrestling Federation and its owner Vince McMahon went sour in 1997, one of the lasting images from the acrimonious split – in which McMahon and other officials changed the planned ending of Hart’s championship title defense against challenger Shawn Michaels – was Hart launching a loogie at the face of McMahon and scoring a direct hit. The entire incident was dubbed the Montreal Screw Job (wow, a lot of spitting happens in Montreal) and it took many years before fences were mended between both sides.

There seems to be a lot of spitting in the football world. So much so, in fact, that there are Top 10 lists on the subject. The most infamous, likely due to happening at the 1990 World Cup (the sport’s biggest tournament and event) involved Frank Rijkaard of Holland spitting in the hair of Rudi Voller of West Germany, not once, but twice. Rijkaard also twisted the ear of Voller and stomped on his foot. That is one pissed off Dutch dude. Somehow, the result was both men getting ejected from the game. Rijkaard later apologized, but the German press had already given him the nickname ‘Llama’! 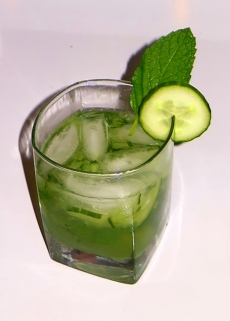 Maraschino Cherries are the perfect topping on cocktails to ice cream sundaes and everything in between (even baked hams). In fact, these fruits are so good as the final touch, that if you have a few good things happen to you, a smaller, nicer occurrence, might be called the “cherry on top”! Just like when you’re having a decent day and you wrap things up by reading The Sip Advisor…

Sip Advisor Bar Notes (4.5 Sips out of 5):
There’s a lot going on with this cocktail and it’s all good! The drink is very refreshing thanks to the Cucumber-Mint combo and there’s both sweet and sour to be had. A very enjoyable sipping experience!