Each week, the Sip Advisor will alphabetically travel the United States, discovering the best each state has to offer in a variety of subjects. Although nicknamed the Wolverine State, there are no longer wolverines in Michigan. However, there’s plenty else to see and do in the land that looks like a mitted palm, so let’s get right to it:

Motto: “If you seek a pleasant peninsula, look about you” – What constitutes a “pleasant” peninsula?

Food: Coney Dogs – hot dogs topped with chili/meat sauce, yellow mustard, white onions and sometimes cheese – are a Michigan fixture. Two neighbouring Detroit restaurants are said to be the best places to try the meal. Opened by feuding brothers, Lafayette Coney Island and American Coney Island are at the center of a long debate over which offers the better dog.

Drink: Created in 1866, Vernors Ginger Ale was one of the first sodas ever produced in the U.S. and is the oldest surviving. It was accidentally made by pharmacist James Vernor, as he attempted to create a medicinal tonic. The concoction was stored in an oak barrel for four years, while Vernor fought in the Civil War. When he returned, he had stumbled upon the drink.

Site to See: Mackinac Island is among Michigan’s top tourist destinations, with the entire island being listed as a National Historic Landmark. Points of interest include Fort Mackinac, Mission Church and the Round Island Lighthouse. The adjacent Mackinac Bridge (aka Mighty Mac) is world’s longest suspension bridge, connecting Upper and Lower Michigan.

Street: Woodward Avenue (aka M-1) is known as Detroit’s Main Street. Built along what was the Saginaw Trail, it was the first paved road in the U.S. and also where the first three-colour traffic light was installed. The route is used for the annual Woodward Dream Cruise classic car event and America’s Thanksgiving Parade, as well as for sports championship celebrations, with each pro team’s stadium/arena located on or near the highway.

TV Show: Home Improvement was set in Detroit, running for eight season and 204 episodes. Centered around local DIY TV host Tim Taylor and his family, the series may be best known for launching the careers of star Tim Allen, Jonathan Taylor Thomas and Pamela Anderson. I was also a fan of 8 Simple Rules, which sadly may be best remembered for John Ritter’s death.

Movie: The American Pie franchise of films (the main ones, not the direct-to-DVD spinoffs) were set in Michigan. The series has followed the group from high school graduation all the way to their 13th high school reunion. Along the way, there were lost virginities, breakups, weddings, and the birth of children. Perhaps later installments will take them right up to senior citizenship.

Book/Author: While The Virgin Suicides by Michigander, Jeffrey Eugenides, is set in Grosse Point, I’ll go with some lighter fare in The Polar Express. This Christmas tale begins and ends in Grand Rapids (the hometown of writer and illustrator, Chris Van Allsburg). The book was adapted into the 2004 film of the same name, starring Tom Hanks as a whole host of characters.

Fictional Character: For his efforts in cleaning up the mean streets of Detroit, the nod here has to go to RoboCop. The cyborg police officer kicks ass and takes names, since they’re recorded in his computer system. I’ll admit, I’ve never watched any of the RoboCop films, but I’ve seen enough parodies of the character to get the gist of it.

Fictional City: Brookfield Heights was the setting of American Horror Story: Cult, the seventh season of the anthology horror series. The season’s storyline saw the suburb being terrorized by an upstart cult, which was taking advantage of the upheaval sparked by the 2016 presidential election of Donald Trump.

Actor/Actress: Two of the greatest mustaches of all-time belonged to Michigan-born actors, Burt Reynolds and Tom Selleck. Reynolds, born in Lansing, is best-known for starring in films such as Smokey and the Bandit and The Longest Yard. Selleck, born in Detroit, played the iconic character Thomas Magnum, for eight seasons on Magnum P.I. Both share associations with famous vehicles, thanks to their roles. 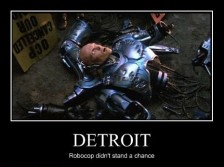 Song: Detroit Rock City by Kiss is an upbeat hard rock tune, which has become one of the band’s most notable tracks, despite originally performing poorly as a single, aside from in Detroit. The song title was later used for a 1999 teen comedy movie, which sees a group of four friends, who perform in a Kiss tribute band, try to see the band live in concert, during their prime.

Band/Musician: Michigan had the airwaves cornered in the late 90’s and early 2000’s, with Detroit artists such as Eminem and Kid Rock being two of the most popular performers of the era. Prior to that, legends of the industry, such as Motown musicians Diana Ross and Stevie Wonder, as well as rockers Bob Seger, Alice Cooper, Ted Nugent, and Iggy Pop, each enjoyed success. Lastly, the ‘Queen of Pop,’ Madonna, was born in Bay City.

People: Henry Ford was born in Greenfield Township and is synonymous with the auto industry, having revolutionized the production/assembly line for his Model T vehicles, so they could be completely built in 93 minutes. To keep his employees happy, Ford paid them double the minimum wage that was common at the time, resulting in more people being able to buy the vehicles he produced.

Animal: Despite there being no live wolverines in the state, the University of Michigan adopted the animal as the nickname for its sports teams. Therefore, at one point, its football program had live wolverines as mascots. Biff and Bennie first appeared for the dedication of Michigan Stadium, in 1927, and were with the team for at least a season. They were later relocated to the Detroit Zoo.

Crime: There is so much intrigue surrounding the disappearance of former teamster union leader, Jimmy Hoffa, the case has remained in the public conscience for decades. Hoffa was last seen on July 30, 1975, in Bloomfield Township. It is generally accepted, Hoffa met his fate at the hands of the mafia, but theories on the whereabouts of his body and who exactly killed him range widely.

Law: It is illegal to buy or sell cars on Sundays. It’s not like people have anything better to do on Sunday, particularly with regards to watching the state’s pro football team (more on that below).

Sports Team: Detroit has one team apiece in each of the Big 4 sports leagues, including the Red Wings (NHL), Tigers (MLB), Pistons (NBA), and Lions (NFL). While the first three teams have won championships in this millennium, the Lions have been one of the most futile franchises in all of sports, having never appeared in a championship game during the 54 years of the NFL’s Super Bowl era, highlighted by a winless 0-16 campaign in 2008. 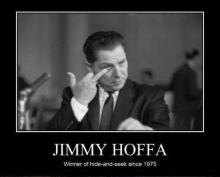 Athlete: Serena Williams was born in Saginaw. She is regarded as one of the greatest tennis players of all-time, regardless of gender. Williams has enjoyed a dominant career, winning 23 singles grand slam events and 16 others in doubles competition. Williams also has four Olympic gold medals, three of which were won with her sister Venus as partner.

Famous Home: Hitsville U.S.A. (now the Motown Museum) was purchased by Motown record label founder Berry Gordy Jr., in 1959. He converted the home into the office and studio that would produce so many great songs. The estate was expanded to other neighbouring homes, before Gordy moved his operations to the Motown Mansion, in 1967.

Urban Legend: The Michigan Triangle, located in Lake Michigan, is said to be the site of many supernatural occurrences, beginning with the vanishing of the Le Griffon sailing ship, all the way back in 1679. Since then, other vessels have met mysterious fates, as well as the disappearance of Northwest Orient Airlines Flight 2501. The American Stonehenge can also be found in the area, but it is submerged by water.

Museum: The Henry Ford, in Dearborn, is a massive complex that houses so many pieces of Americana. Among them, are Thomas Edison’s lab, the Wright Brothers’ bicycle shop, Abraham Lincoln’s Ford Theatre chair, John F. Kennedy’s presidential limousine, the bus Rosa Parks made her stand on, and others. Founded by Henry Ford, it is the largest indoor-outdoor museum in the country.

Firsts: Michigan was the first state to abolish the death penalty, except for treason, when they did so in 1846. Two executions swayed the state to go this route, including a Detroit man hanged for killing his wife in a non-premeditated manner and a Windsor, Ontario man executed for the rape and murder of a woman, although the crime had been committed by someone else.

Company: The ‘Big Three’ of U.S. automobile manufactures – Ford Motor Company, General Motors and Fiat Chrysler – are each headquartered in the Detroit area. At one time, the trio comprised the three largest vehicle builders in the world. While the industry, as a whole, has seen its fair share of ups and downs, each company remains a force within the country.

Events: During World War II, Detroit was called the ‘Arsenal of Democracy’ by President Franklin Roosevelt, thanks to the city’s production efforts, using facilities typically deployed to manufacture vehicles. This caused an influx of 350,000 people to come to Michigan for the available work.

Miscellaneous: Detroit has its own currency, called Detroit Community Scrip or Detroit Cheers. First issued in 2009, the currency is interchangeable with U.S. dollars and are available in $3 denominations. There is $4,500 worth of the currency in circulation, with an image of The Spirit of Detroit statue looking over the Detroit skyline on the bills.

This is the quintessential Michigan cocktail, according to a number of sources. The drink was created by bartender, Jerome Adams, at the Bayview Yacht Club, in Detroit, in 1968. When asked the beverage’s name by a customer who was enjoying them, Adams said it had yet to be named. The customer said it makes you want to hum and the libation had a new moniker. Abroad, it is known as a Detroit Hummer, in the U.K., and as a Sir Jerome, in Germany.