See what I did there… I made a jock joke! Anyhoo, there is some debate over which sport is the most popular in the United States. Is it their national pastime baseball or has it been surpassed by the football juggernaut? Also fighting for market share and expendable income is a host of other competitions. One thing is for certain, the US, compared with other countries, has a greater variety of sports options for its citizens. Why else do you think the country needs all those ESPN channels!? With all that athletic competition, there is sure to be some big time events. Here are some interesting facts on each of the country’s championship crowning spectacles:

What can you say about the Super Bowl that hasn’t already been said. The event is so mammoth that it is second only to soccer’s Champions League final as the most viewed annual sporting event. We’ve all heard the astronomical amounts companies pay for commercial time during the Super Bowl, but did you know that non-sponsor advertisers can’t use the word Super Bowl in their spots? Instead, they’re forced to use more generic terms like “the big game”. In 2007, NFL commissioner Roger Goddell suggested a Super Bowl could be played at Wembley Stadium in London. This would mark the big game’s (I want to stay clear of trouble with the NFL… they could send a 400-pound lineman after me) first foray outside the United States, if it were to ever occur. College football also has a strong fan following and Bowl Games, such as the Rose Bowl are hugely successful events. The Army vs. Navy annual meeting is also a display of extreme fanaticism and patriotism. 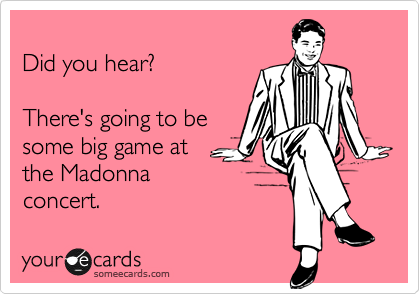 It’s kind of ironic that the World Series is contested by a league that contains one Canadian team among 29 American squads. Even the Little League World Series (hosted every year in Williamsport, Pennsylvania) is more world-inclusive than the big leagues. The Fall Classic has inspired a fair share of American history, from the fixed championship series of 1919 to the earthquake-interrupted contest in 1989. And then, there’s 1994. Despite playing close to a full regular season, the World Series wasn’t contested in 1994 due to the player’s strike. The Montreal Expos were the top team at the time of the labour dispute and could have continued Canada’s string of World Series wins (the Toronto Blue Jays having won in 1992 and 1993). After the 2004 season, the Expos were relocated to Washington, D.C. to become the Nationals. Coincidence or anti-Canadian conspiracy? Let the theories begin…

I don’t think any other country gets as pumped for collegiate sports than the US. This tournament makes stars out of teenagers and for some, is the only reason they still support their alma mater. The NCAA’s annual event to crown a national basketball champion is bigger than the professional level NBA Championship Finals. Fans pick their brackets and battle for bragging rights (and cash money, yo) as they watch their choices run through the gauntlet. Upsets are perhaps the most interesting aspect of the tournament. In 1985, Villanova went from #8 seed to National Champion, while Florida Gulf Coast was the lowest ranked team ever (#15) to advance to the Sweet 16. In fact, all four #1 seeds making the Final Four has only happened once, in 2008. Since 1947, the winning team has cut down and claimed the court nets as a trophy for their triumphant victory, with the head coach cutting the final strand.

Thanks in large part to Tiger Woods, golf has grown in popularity the last couple decades. Three of the four events that make up golf’s Grand Slam are contested in the United States (the other being the British Open, usually played in Scotland). Of them, The Masters is the most prolific of the bunch, played each season at the Augusta National Golf Club in Augusta, Georgia. Winners, along with receiving oodles of prize money, get the privilege of wearing the infamous green jacket that club members wear when on the course, as their win makes them an honourary member. The jacket is meant to remain at Augusta National, but when Gary Player won in 1961, amid all the celebrating, he took it home with him to South Africa. Masters winners earn a lifetime invitation to play in the tournament and an automatic inclusion into the three other majors, Players Championship, and PGA Tour for the next five years. 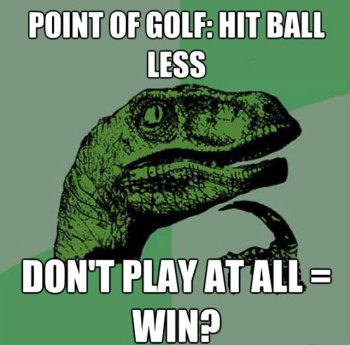 I bet some reader’s don’t recognize the PTA other than standing for the Parent-Teacher Advisory. Well, in this case, we’re talking about the Professional Tennis Association. Played out of New York’s USTA Billie Jean King National Tennis Center (good lord that’s a mouthful) each summer since 1881, the US Open is one of four grand slams for the PTA (the others including the Australian Open, the French Open, and Wimbledon in London). In 1973, the US Open became the first of tennis’s grand slam events to award equal prize money to both the male and female champion. Keeping with the trend of innovation, the US Open was the first to host play at night with the use of floodlights in 1975. While the Serena Williams has enjoyed recent success at the tournament, winning each of the last two years, the last American to win on the men’s side was Andy Roddick in 2003.

A common trend that makes these events so epically huge is their gambling potential and that is perhaps most prevalent with the Triple Crown of horse racing. The Kentucky Derby (described as the most exciting two minutes in sports), the Preakness Stakes, and the Belmont Stakes, make up this trio of popular sprints. Coming live from Louisville, Kentucky; Baltimore, Maryland, and Elmont, New York; respectively, the Triple Crown has existed since 1875, but there hasn’t been a Triple Crown winner since 1978, when Affirmed took the photo finish at each historic track. Trainer D. Wayne Lukas is the only person to win the Triple Crown with different horses, as Thunder Gulch won the Kentucky Derby and the Belmont Stakes, but in between, Timber Country won the Preakness Stakes. Many other countries also have their own version of the Triple Crown.

Racing around an oval for hundreds of laps is so huge in the US right now that some could argue it’s the most popular sport in the country. While some believe fans are simply waiting for a wreck to happen, true pundits point out that there is a beauty in the strategy of auto racing. Either way, this series of races comes with a strong viewing audience, as well as sold out attendance at the tracks. The pinnacle of the NASCAR season is the Daytona 500, which was first run in 1959 and has opened the Cup Series since 1982. Named because of its 500-mile length. The 2.5 mile track needs to be rounded 200 times to complete the race. Sadly, racing legend Dale Earnhardt died at the track on the final lap of the 2001 race. Only three years earlier, Earnhardt finally won the famous competition, after years of mechanical issues, crashes, and being passed for the lead late in races.

I can’t help but notice the US has a bit of an obsessions with balls (base, foot, basket, etc.). Not to tease, but at least us Canadians are only preoccupied by pucks! A number of other events could have made this list, including the X-Games, WrestleMania, the Indianapolis 500, and even the All-American Soap Box Derby.

Sip Advisor Bar Notes (4 Sips out of 5):
I enjoyed every element of this drink, even the Angostura Bitters, which I find often don’t factor in enough to register any opinion of them. I have to ask: Is there anything Ginger Ale can’t do? The answer is a simple no. I was really looking forward to pairing Bourbon with Gin and am ecstatic that it all worked out so well!