Music to My Ears

Crossing the English Channel, we find ourselves in mainland Europe and there’s this wonderful sound that keeps pulling us to further investigate. Finally, we stop in Austria, home to a period of music that is enjoyed the world over: Viennese Classicism. During this time, composers like Wolfgang Amadeus Mozart, Ludwig van Beethoven, Franz Schubert, and Joseph Haydn compiled a catalogue of work that is performed and held in high regard to this day. Here are some examples of how each artist is recognized in today’s popular culture: 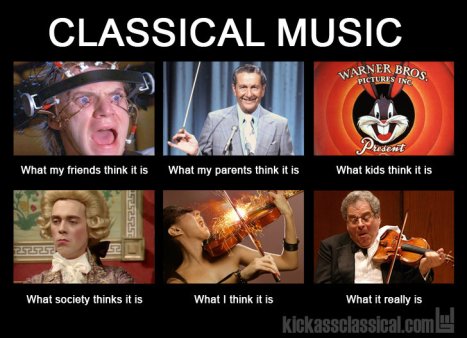 I’m not sure there would be A Clockwork Orange without the compositions of Beethoven. Alex, the deranged punk anti-hero, seems obsessed with the musician’s ninth symphony and uses it as the soundtrack to many of his heinous crimes. This is far from Beethoven’s only foray into the movie world. Aside from projects based on his life and work, his legendary melodies are featured in countless productions. Beethoven also appears in Bill & Ted’s Excellent Adventure, helping the duo with their history presentation, and is the inspiration for naming the big St. Bernard in the Beethoven series of family films. Finally, the piano playing Schroeder from The Peanuts references Beethoven as his favourite musician.

Amadeus Revenge, a video game released in 1988 for the Commodore 64, features Mozart battling his rivals to keep his Piano Concerto No. 25 from being destroyed. It was a pitch-based music game that surely wasn’t as enjoyable as the Mozart chocolate liqueurs named after the composer. In other interesting naming decisions, two mountain peaks in Antarctica are dedicated to Mozart’s work. Giovanni Peak is named after his opera Don Giovanni and Figaro Nunatak comes from Mozart’s Marriage of Figaro. Mozart’s life story was turned into the feature movie Amadeus, and was also spoofed in The Simpsons episode ‘Margical History Tour,’ with Bart taking the role of Mozart, while Lisa subbed in for Antonio Salieri and Nelson Muntz became Beethoven. 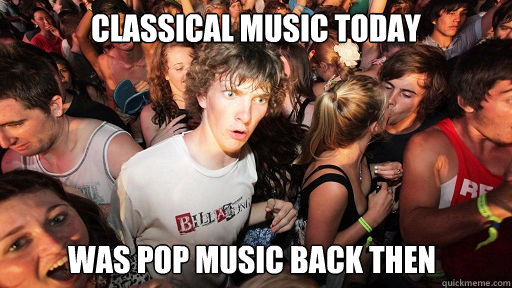 Franz Schubert may best be known for his ‘Unfinished Symphony’ and that has become the focal point of a few different cartoons. First, a Casper the Friednly Ghost short featured the titular ghost helping Schubert finish his composition. Similarly, a Fractured Fairytales segment also explored the subject with Peabody and Sherman going back in time to figure out why the symphony was never completed. Once again, on The Simpsons, when Homer attends Lisa’s band recital and hears they will be performing an ‘Unfinished Symphony,’ he believes the concert will be short. Perhaps most nefariously, Schubert’s work became the theme for Gargamel in The Smurfs cartoon.

Called the ‘Father of the Symphony’ (so we all know who to blame when the ladies drag us out for a night of culture), Haydn composed the melodies to what is now Germany’s national anthem (Deutschlandlied), although it began as a nationalistic song in support of Roman Empire and later Austrian ruler Francis II. Haydn’s work has been featured in numerous media, most notably Sherlock Holmes, Catch Me If You Can, Minority Report, and Interview with the Vampire. Like many of his contemporaries, cartoons have capitalized on Haydn’s catalogue of music, with shows like Tiny Toon Adventures, Animaniacs, and even Ren & Stimpy featuring pieces constructed by the artist. 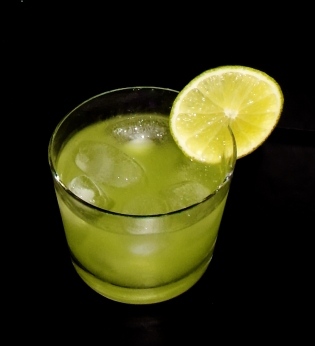 It’s kind of fascinating to see how all of these composers and their music has been used since their deaths a very long time ago. When Mrs. Sip and I were in Vienna many moons ago, we attended a live classical music performance, featuring the works of the above artists. I remember having champagne and the rest of the night is a blur… must have been a good one!

Sip Advisor Bar Notes (1.5 Sips out of 5):
Holy hell is this drink bitter. I hoped the Southern Comfort would add some sweetness to the recipe and the Lime Juice would provide some added flavour, but all that came through was the Absinthe. I’m not opposed to Absinthe in general, but you need other ingredients around it to soften the blow of the powerful booze.