October was busy, as the Sip Family took in the Thanksgiving and Halloween seasons. This led to many outings and even more beverages. Here’s how it all played out, as we officially moved from summer to fall:

The month began with Mrs. Sip and I joining a friend at Kelly O’Bryans for some trivia presented by Vancouver Trivia Party. Over the course of the evening, I enjoyed three Whistler Grapefruit Ales, along with a filling Cali Club. For dessert, we shared the King O’ Mud Pie and although I’m not a huge coffee-based treat fan, this provided a good finish to the meal. Best of all, we tied for first place for the fun trivia experience – moving up from third place at the halfway point – to receive a $35 gift card to the restaurant.

Over the Thanksgiving weekend, the Sip Syndicate travelled to the Okanagan for a weekend of wineries and other pleasures. Over two days, we visited six locations, which largely meant the ladies getting to do tastings, while the gents chased the kids around. Stops included Clos du Soleil (where I did get to enjoy the tasting), Orofino, Crowsnest (we had lunch here, with the Sip Advisor pairing a Chicken Schnitzel with a tall can of Neighbourhood Flightless Bird Pilsner), Twisted Hills Craft Cider, Covert Farms (I did the wine tasting, followed by a can of Cannery Anarchist Amber Ale), and Corcelettes. 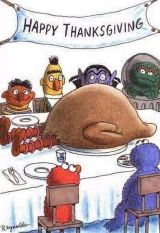 While the rest of our group had to return home at the end of the weekend, the Sip Family continued onto Kelowna for a couple extra nights. En route, we stopped at Giant’s Head Brewing in Summerland. There, Mrs. Sip and I had servings of the White Noise IPA, Marzen and Razzle Dazzle Raspberry Cream Ale, while also trying a taster of the Dark Fantasy Pale Ale. To eat, we shared Pretzel Bites, while the kids had Popcorn Chicken with Fries.

For dinner that night, our Thanksgiving feast was held at Boston Pizza. Mrs. Sip and I drank happy hour Blue Moons, which went well with my Royal Hawaiian Pizza. This was the first meals for the Sipplings from our Kids Cards, which offer five meals per card for only $5 each. Mrs. Sip also got a free pizza through my BP app, as a one-year anniversary reward. This made our meal very economic.

The next day, we visited the Kelowna Beer Institute, where we had pints of the Crusher Pale Ale and Juicy IPA, while also enjoying a taster of the Cucumber Sour. For snacks, we ordered the Garlic Parm Fries and Cheese Curds, which I combined to form a makeshift poutine. 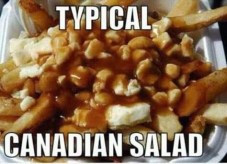 We then travelled to Copper Brewing for dinner. Mrs. Sip tried their Mystery Brew, which asked drinkers to guess which fruits were in the concoction, for a chance to win a prize. I went with the simpler Hazy IPA to drink. To eat, I had the Ballpark Smash Burger, while Mrs. Sip went with the Zooming Smash Burger. The Sipplings had kids meals, while we all got to enjoy playing the video games available at the brewery.

On our journey home, we stopped into Empty Keg Brewing in Merritt for their happy hour. I had a tasty Hot Dog and Parmesan Garlic Fries, while Mrs. Sip and the kids split a Chicken & Cheese Quesadilla. Our beverages consisted of the Brhubarb Saison and Coquihalla Cream Ale. We love stopping at this place, as there are tons of games – both board and electronic – for all ages.

Back at home and with our vehicle in for servicing, we killed some of the wait time at Brookswood Brewing. I went with the Brookswood Shuffle Kviek IPA, while Mrs. Sip put together a flight. This was a first-time visit for us to this brewery and we had a great time. Plus, it’s located right next door to a McDonald’s, which helped with satisfying the kids. 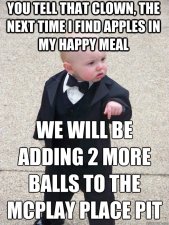 Through the month, I purchased two vodka soda packs, as Mrs. Sip is doing the keto diet thing. The first pack I picked up was the Remix 12 Pack Mixer, featuring Peach-Nectarine, Wild Cherry-Citrus, Blackberry-Hibiscus and Guava-Lime flavours. At the end of the month, I also grabbed the Pyur Mixer Pack, complete with Black Cherry, Raspberry, Mango and Lemon Lime offerings.

Prior to meeting with Mrs. Sip and a friend for a Halloween pop-up bar in Downtown Vancouver, I had a solo meal at White Spot. I paired my usual Legendary Burger with two pints of Granville Island Lions Winter Ale. It was a good meal, but whenever I eat alone, I always wonder what the etiquette is if you have to use the washroom. Will your server think you’ve skipped out on the bill? Will they clear your table before you can finish eating? This is the stuff that keeps me up at night!

After eating, I made my way to the Butcher & Bullock, which was featuring a Black Lagoon-themed set-up and menu. Mrs. Sip and I had a couple cocktails each, including the Hellraiser (Tequila, Spiced Rum, Cointreau, Orgeat, Banana Liqueur, Sherry, Lime, Aromatic Bitters), Blood Rave (Mezcal, Falernum, Lemon, Beets, Absinthe, Bitters), Closed Casket (Scotch Whiskey, Brandy, Passionfruit, Miso Falernum, Apricot, Lemon, Hellfire Bitters) and Nightwish (Vodka, Sherry, Banana Liqueur, Lemon, Cardamom Bitters), along with a round of Wicked shots (Vodka, Pineapple, Coconut). The bar was done up really well and the drinks were great. Surprisingly, aside from Mrs. Sip finding the event, there didn’t seem to be much advertising/hype about the experience. 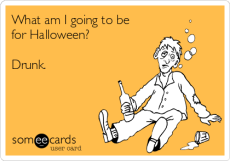 Not content with one meal at White Spot in a week, Mrs. Sip and I finally tried the R&D Kitchen by White Spot at Brentwood Mall. Although I always get the Legendary Burger at White Spot, I decided to get a test kitchen dish while at this location. Therefore, I tried the Louisiana Fried Chicken Burger with Caesar Salad and really enjoyed the Cajun Spice Dust. I was also curious about the Crispy Cajun Fish Po’Boy, but it wasn’t available. The restaurant had fantastic service and I’d like to try other dishes at the R&D Kitchen, as well as at the mall’s food court. One major criticism of the mall, though, is I believe shopping centre’s should NEVER have paid parking, as it did here.

Nearing the end of the month, we popped into Russell Brewing after taking the kids to the Bear Creek Park Halloween Train. I had a very good Rauchweizen, while also trying a couple of Mrs. Sip’s tasters from her Table Flight (12 different beers). My samples included the Banana Split Dunkel, Passionfruit Lime Pale Ale and Root Beer Stout. 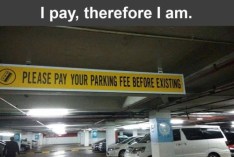 Lastly, prior to our first Vancouver Canucks game of the season, Mrs. Sip and I stopped at Browns Socialhouse. We were a bit rushed to get to the game, but I really liked my Traditional Pub Burger and Grapefruit Hibiscus Margarita. Hopefully, next time, we can take our time prior to puck drop.

Well, that’s it for a very active October. With Halloween in the rear view mirror, Christmas prep will ramp up quickly. November is often the calm before the storm of a crazy December, so it will be interesting to see if that holds true this year.