We’re now in the thick of summer, which means ample opportunities to drink, whether they be in pools, on patios, at parks, or wherever else you might find yourself with a beverage in hand. Here’s what the Sip Advisor has been doing to start the season:

The Sip Family spent most of the Canada Day long weekend poolside at Ma and Pa Sip’s home. There, I enjoyed the Parallel 49 Brews Brothers Vol. 5 case, another one of my favourite annual collaborative beer packs. The eight tall can collection is always music themed, with this year’s brews named after boy band songs. I particularly enjoyed the Faded Habanero Peach Gose (brewed with Field House Brewing), among others in the set. Our group had a good time reminiscing about our younger years, as we played whatever song matched the beer I was drinking. 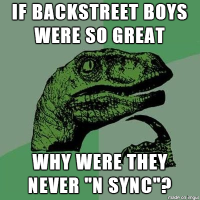 Last weekend, we ventured to the recently opened The Bakery Brewing (the fifth brewery to operate along Port Moody’s Brewer’s Row). Mrs. Sip and I split two flights, allowing us to try each of The Bakery’s eight offerings. Their initial lineup is comprised of mostly sour beers, with my favourite of the bunch being the Carrot-Mango-Lime Sour. Wine and guest taps are also on the brewery’s menu, as well as some food items. At this time, The Bakery has three of their beers available to be purchased in bottles, including the aforementioned Carrot-Mango-Lime. I would have never thought of carrot being a good beer ingredient, but it works here.

En route home from The Bakery, we popped into ABC Brewing to use up more of my original patron gift card. Along with some of our previously enjoyed favourites, we picked up the newly canned Acronyms DIPA. We will be back shortly to also try the debuting Dual Citizen Saison.

On Tuesday, we picked up Big Star Sandwich and enjoyed the meal in the Westminster Pier Park for New West’s Music by the River Festival, which sees twice-weekly concerts by various artists. The draw for us was that the park is licensed, serving one beer each from Steel & Oak and ABC, available for purchase at the concession. Sadly, rain put a damper on the concert, featuring sitarist Mohamed Assani.

Upcoming, we hope to check out Fridays on Front in New West, as well as having a number of kid’s birthdays to attend over the next two weekends. This will provide many more great opportunities to visit breweries around the Lower Mainland, as well as catch up with friends over libations!