A couple weekends back, Mrs. Sip and I joined friends at their family cabin in Birch Bay, Washington for a little getaway. To keep hydrated, I bought both the Hale’s Brewing mixed six-pack (Ale, IPA and Weizen) and the 21st Amendment Brewing Variety Pack (Hell or High Watermelon Wheat Ale, Blah Blah Blah Imperial IPA, Brew Free or Die Blood Orange IPA, Brew Free or Die IPA, Down to Earth Session IPA). Both were good, with the 21st Amendment case definitely being geared towards hopheads.

With only a couple months left to achieve my goal of getting Baby Sip to 52 breweries before her first birthday (one for each week of her life), we popped into Four Winds Brewing on Monday, joined by Cousin Sip. I had glasses of their Velo Pale Ale and Operis Brett Saison. This is my hometown brewery, so it was nice to finally get Baby Sip there and the beverages were pretty good, to boot. 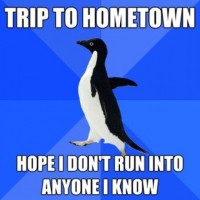 The next day, I tagged along with Ma and Pa Sip for a shopping trip in Washington. We ate lunch at Bellingham’s Chuckanut Brewing, where I enjoyed a delicious BLT and glass of their Willis Helles Lager. The sandwich was good and the beer decent. I love that craft breweries in Bellingham that also offer food have Tim’s Potato Chips as a side dish.

Keeping the streak going, on Wednesday, Mrs. Sip, Sis-in-Law Sip and I visited Strange Fellows Brewing, pushing our brewery tally up to 42 with eight weeks left in our pursuit. At Strange Fellows, I had the Guardian White IPA, which was very refreshing. The girls selected the El Jefe Wheat Ale and liked it. 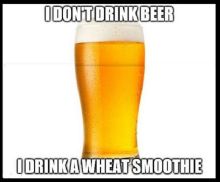 The upcoming long weekend has a few items on the docket and then we’re off to Halifax, Nova Scotia to explore some east coast breweries. We have two weddings to attend during this time, so there will be plenty of drinking and celebrating on the horizon!