The Sip Family has been super busy the last couple weeks. So busy, that I’m just now getting a chance to document our recent adventures. Here’s what we’ve been up to since I was last able to write:

A couple weekends’ ago, we celebrated Father-in-Law Sip’s birthday, taking our revelry to Backyard Winery, followed by Township 7 Winery, in Langley. While at Backyard, where we enjoyed a couple bottles of Pinot Gris and charcuterie platters, Mrs. Sip rejoined their wine club now that she’s no longer pregnant and breastfeeding. At Township 7, our group did a wine tasting, while I toured the grounds with Baby Sip, who was visiting the fifth winery of her young life.

Later that week, we enjoyed a meal at EXP Restaurant + Bar. There has been some concern the place will be forced out of business, due to Vancouver’s ridiculous rent prices, so we wanted to visit before anything tragic occured. We ordered a round of Harry Potter-themed cocktails that were all pretty tasty. My favourite was the Gryffindor’s Liquid Courage, thanks to the Jack Daniels Whiskey base. To eat, I ordered the Triforce Burger, which is comprised of a crispy chicken breast, beef burger and bacon. It’s quite the meal, but oh so delicious. 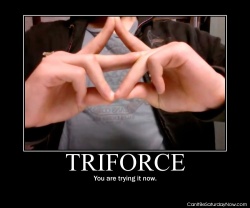 Heading into Easter weekend, I picked Mrs. Sip up from work and we enjoyed a drink at Steel & Oak Brewing. The brewery has recently completed renovations to allow for more patrons and the space is much-needed, as the place is often packed. We ordered the Encore collaboration with Yellow Dog Brewing and really enjoyed the beer. That’s really no surprise, as the two breweries are among my favourite in the province.

The next day, Mrs. Sip and I celebrated our 16th dating anniversary. We began the occasion by using the Groupon I had purchased for Big City Hunt, which offers scavenger hunts in a number of big cities. Even though we’re locals, we learned some neat things about downtown Vancouver, as we embarked on the two-hour tour, featuring trivia and photo challenges.

The main event of our anniversary was dining at the Top of Vancouver rotating restaurant. We split a bottle of Sauvignon Blanc, along with a starter of Baked French Brie and mains of Duck Duo for me and Baked Whole Lobster for Mrs. Sip. The dinner was not cheap, but you’re partly paying for the view, which we enjoyed for over two hours and three full rotations of the restaurant.

We wrapped our evening out by stopping at Nero Belgian Waffle Bar, where the alluring smell of fresh waffles forced us to investigate further. We split their set of seven Mini Liège Waffles, which provided the perfect dessert to our earlier feast.

The following day, we journeyed back to Langley to celebrate Mrs. Sip’s grandpa’s 93rd birthday at one of his favourite restaurants, Andreas. This place has an amazing menu and I can’t remember not liking any item that I have ordered. On this visit, I combined their French Onion Soup (which may have been the best serving I’ve ever had of the delicacy) with Chicken Fingers and Fries. The meal was decadent and the prices were all very reasonable.

On Easter Sunday, we met with friends at Big Ridge Brewing in Surrey. Having eaten recently, Mrs. Sip and I split an order of their Beer Battered Garlic Fries. These paired nicely with our beer selections of Viking Funeral Norwegian Ale for me and Vanilla Bean Porter for Mrs. Sip. Next time we’re out that way, I’d like to try something from their Asian Kitchen menu.

Afterwards, we were off to Baby Sip’s first drive-in movie experience at Twilight Theatre in Aldergrove. Our films included Ready Player One and Game Night, both of which were enjoyable, despite some inclement weather, including a touch of hail during the shows.

Last, but not least, we also attended three Vancouver Canucks games in the last week, including the emotional final home game for the Sedin twins. This magical night will live long in my memory and Daniel and Henrik deserve every bit of praise they have received since announcing their impending retirements. Thank you to both of them for their 18 years of service, both on and off the ice.

The coming week remains loaded with commitments and activities, which you can read all about in next week’s Sip Trips!