Part two of our travels to Las Vegas began with the holiest of drinking days: St. Patrick’s Day! I’ve actually celebrated the holiday in Dublin, Ireland, but being in Las Vegas was sure to be unique in its own way. We began the day with cracking open a few Guinness Nitro IPAs from the six-pack I bought at Walmart as we were out the day before. The beers were an interesting blend of a smooth and non-carbonated, yet hoppy ale.

Our first stop of the day was Ketchup Premium Burger Bar, to use the Groupon we had purchased prior to our trip. Our $10 got us $20 worth of food and drinks. With beverages already in hand (and more chilling in Baby Sip’s stroller!), we elected to go with a few food items, such as their Bacon Cheese Fries, Pretzel Bites and Crunch Dog. I was particularly fond of the fries, while Mrs. Sip enjoyed the hotdog.

As we travelled around the Miracle Mile Shops, we passed Sin City Brewing, which was serving up green beers to celebrate St. Patrick’s Day. Since this was something Mrs. Sip and I wanted to check off our list for the day, I grabbed us a pair of 24oz German Weisse Beers, which was a great way to enjoy the odd tradition.

After some more exploring, we had a late dinner Dick’s Last Resort in the Excalibur. This restaurant boasts servers that will treat you with contempt, as well as an eclectic food menu. Using a dining credit we had for staying at the resort, we ordered their Wicked Gator alligator bites, BBQ Pulled Pork Nachos and Crabby Balls with fries. To drink, I selected the Four Peaks Kilt Lifter Scotch Ale. The alligator bites were particularly awesome and it’s no wonder the chain is known for this menu item.

The next day, we snagged last-minute tickets (through StubHub) to the Vegas Golden Knights game versus the Calgary Flames. We had always hoped to attend this contest, but when we first saw tickets for only $45 each, we hadn’t taken Baby Sip to a hockey game yet and weren’t sure how she’d handle the experience. Once we knew she’d be okay, prices to Golden Knights games had drastically risen, thanks to the team’s success. So we bided our time and when seats popped up for only $40 an hour before puck drop, we jumped. The 4-0 Vegas win, hat trick by William Karlsson and shutout for Marc-Andre Fleury made for one hell of a contest. All NHL teams should study the Golden Knights in-game experience, which is something I will never forget.

While we didn’t indulge in any drinks at the game, as we were returning to our hotel, we passed by the Pour 24 bar in New York New York, with Mrs. Sip spotting an ad for their own Golden Knights Game-Day Beer. This ended up being a delicious 16oz serving from Hop Nuts Brewing, which I believe was their The Golden Knight Belgian Golden Strong Ale, but I could be mistaken. 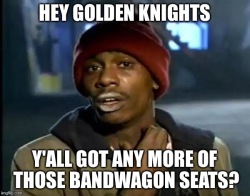 As we ventured out into the night again, we had to pick up some more formula for Baby Sip. After all, she’s allowed to enjoy some beverages just like mommy and daddy. As we shopped, I picked up another walking beer, this time a pint of Oskar Blues Brewing Dale’s Pale Ale. At the checkout, Mrs. Sip spotted a bottle of Kona Longboard Lager for only 99 cents, so we added that to our basket, as well.

We enjoyed these beverages en route to PBR Rock Bar. No Vegas vacation is complete for me and Mrs. Sip without a stop here. Sadly, the Doritos Crusted Mac N Cheese that I have raved about in past Sip Trips is no longer on the menu, replaced by Bacon Mac & Cheese Balls, which are equally delicious. Our other favourite menu item, the Bucking Bull Fries have also been adapted, now including a fried egg. This may be the best serving I have had of these fries, thus far. To drink, I cashed in a 2-for-1 offer Mrs. Sip had picked up earlier to receive a couple servings of Hop Valley Citrus Mistress IPA. The large serving was very tasty and lasted for a while.

After having such a good meal last time we were in town, we next made our way to The Cheesecake Factory for some dessert. Mrs. Sip ordered the Fresh Basil, Tomato and Cheese Flatbread for a small bite, while we agreed we had to try the Adam’s Peanut Butter Cup Fudge Ripple Cheesecake. This delicious and decadent treat features caramel, peanut butter, Butterfinger bits and Reese’s Peanut Butter Cups. 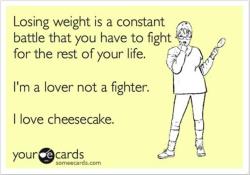 For a nightcap on the evening, we popped into the Chandelier Bar at The Cosmopolitan, home to a drink I just had to try after hearing about it. The Verbena Cocktail is a hidden menu item that just has to be tried by anyone who fancies interesting drinks. It is by far the most interesting beverage experience I’ve ever had, as my entire mouth was first number by chewing on the Sichuan flower. The drink then changes in taste and flavours as your taste buds are incredibly sensitive and feel like they’re actually growing back. I will be back to try it again, despite the high price when converted into Canadian dollars.

Sadly, the time to return home had finally come, but we had time for one more great experience at Lilia’s Mexican Cuisine & Cantina in Bellingham, Washington. My order of Tacos Al Pastor was wonderful. Just as fantastic was my beer selection of Iron Horse Quilter’s Irish Death Dark Smooth Ale, which was on special for just $4.

In closing, my main goal with this vacation was to disprove an article we read prior to our trip where a mother proclaimed that people should not travel to Las Vegas with babies. Sure, the trip could have been different, perhaps even easier, but I wouldn’t trade in the time we shared together for anything.