With Mrs. Sip on injured reserve – you know, being pregnant and all – the Sip Advisor has been without my best drinking buddy for a few months. I’d be completely lost if the guys in my life hadn’t stepped up to try and fill that massive void and while not the same, I greatly appreciate their efforts. Such was the case on Friday when we hit the town in search of beer, burgers and booze.

After a few drinks at the Sip Advisor headquarters, we made our way to the Central City Brew Pub for dinner and further beverages. To eat, I ordered my usual Crispy Crunch Burger (with Beer-Battered Fries), which was fantastic as usual. Being cheese sensitive, I noticed the change to Jalapeno Havarti on the sandwich, which I found to enhance the meal enjoyment. I paired my burger with the Strathcona North West Pale Ale and later the Longwood Steam Punk Dunkelweizen, which were both decent, without standing out too much. 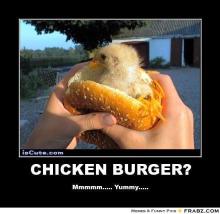 Moving on from Central City, we stopped next at Devil’s Elbow Ale & Smoke House. There, I enjoyed two servings of the Howe Sound King Heffy Imperial Hefeweizen, which is a favourite of mine, especially on a hot summer day, relaxing poolside at Ma and Pa Sip’s place. A round of Scotch (Bruichladdich Classic Laddie) was also ordered for the table because why the hell not!

On Tuesday, we sat down to dinner with the Sip In-Laws at Patron Tacos & Cantina. Mrs. Sip and I combined an order of four tacos (Al Pastor, Carnitas, Shredded Beef, Shredded Chicken) with their Queso Fundido, which was more than enough for the two of us. To wash the delicious food down, I went with their Michelada (beer with spices), which was on special. It was a unique twist to just ordering a brew and it came in a massive glass, so there was plenty of the beverage to accompany my meal.

This weekend, Mrs. Sip and I are off to Las Vegas again. I’ve already stockpiled a list of places to hit, so next week’s Sip Trips should be pretty epic!