Each year, the Sip Advisor fondly looks back at the best drinking nights (in order of occurrence) of the previous calendar… at least what he can remember of them. Join us as we take a moment to dissect and celebrate 2016:

When a night ends with the Sip Advisor passing out on the couch, sans clothing, you know it’s been a good one! The Science of Cocktails extravaganza was a fascinating and booze-fueled evening. We wanted to return this year, but Mrs. Sip has a trial starting the next day, so that doesn’t seem to be in the cards. #Responsibilities

Over the Family Day long weekend, the Sip Alliance explored both the Fraser Valley and North Vancouver craft beer regions, hitting more than a dozen locations. Many of these, were first time stops for our group and it opened our eyes to all the wonders that exist outside of Vancouver.

Just one day after the Portland Beer & Wine Festival, we were back at it, hitting the streets of the City of Roses and searching out some of its most popular breweries. Over the course of the day, we worked our way through a half dozen tasting rooms. Eventually, we ended the journey with an Easter-themed burlesque show and Voodoo Doughnuts… because why the hell not!?

With three nights in Singapore to start our five-week Asian adventure, we decided to spend one of those nights at the swanky Marina Bay Sands. Our hotel package included their evening happy hour, which in true Mr. and Mrs. Sip fashion, we rocked until they kindly asked us to leave. We followed this with swimming in the resort’s rooftop pool, 63 floors above the city.

The Happiest of Valleys

The fun didn’t stop there, as our cruise made a two-day stop in the vibrant city that is Hong Kong. This allowed us the chance to enjoy some nightlife, helped along by Mrs. Sip having a few friends living in the city. Coincidentally, it was also Wednesday race night at the Happy Valley Racetrack. Over a couple pitchers of beer, the Sip Advisor even picked a winning horse and took home a small prize.

Arriving in Tokyo, Japan, we chose to stay near the Golden Gai district of the city. For those unfamiliar with the area, it is home to approximately 300 little bars, within a six-block radius. Our exploration led us into a few uniquely-themed watering holes, such as the one centered around horror movie and metal music cultures.

Our fun in Tokyo didn’t stop there. The moment Mrs. Sip discovered that this attraction existed, we knew it would be a highlight of our stay in the city. At the Park Hyatt, their Peak Bar offered visitors the chance to drink all-inclusive during sunset hours, while looking down at the bustling city below, from the 41st floor. We ended up sitting next to a couple from Australia and spent the night drinking with them, as I challenged the bartender to make me her best drink with each different alcohol available.

Among my favourite annual beer festivals is the Tip N’ Taste event in Langley. It provides a chance to sample brews from companies based more in the Fraser Valley region of BC, as well as other entries from around the province. This year, we stayed overnight at the Convention Centre Hotel, which hosted the event. That meant the after party quickly moved to our room! 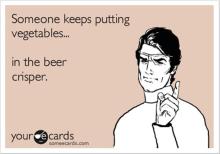 While on Prince Edward Island for a friend’s wedding, Mrs. Sip and I were introduced to a number of great people, who we partied away the weekend with. Following a meet-and-greet barbecue on the eve of the wedding, we accompanied our new associates back into Charlottetown for an impromptu night on the town, which ended much later than we had anticipated.

All You Need is Love

The Made with Love cocktail competition has become an annual tradition (three years running) for Mrs. Sip and I. It’s always a fun night out, trying the drinks of some of Vancouver’s most popular bartenders. Best of all, we get to play a role in picking the winning entry, although none of our personal favourites ever seem to come out on top.

To celebrate Sis-in-Law Sip’s birthday, we booked a one-day cruise from Seattle to Vancouver. Over the course of the evening, the Sip Advisor took in parts of four bottles of wine, a half-dozen beers, a couple cocktails, and a bottle of bubbly to boot, won through a ‘Finish the Song Lyrics’ quiz. 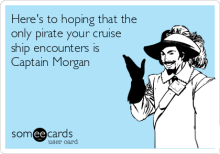 Over the last couple years, I’ve been incredibly lucky to have celebrated my birthday in Hawaii, aboard a cruise ship, in Southern Africa, and now Ireland – although it was a couple days after the actual date. The Sip Syndicate was along for this ride and we celebrated in true Irish style with shots of Jameson Whiskey and pints of Guinness.

Our trips to Disneyland nowadays typically include enjoying the sights and sounds (and lines) of the park with a cold beer or glass of wine in hand. In October, we were also primed for Universal Studios’ Halloween Horror Nights, which involves getting a good buzz going, prior to entering. Once that was accomplished, all we had to deal with was psycho killer clowns, a rogue’s gallery of baddies and even some Jabbawockeez!

My first year attending one of BC’s best craft beer shindigs proved why I had missed out in previous years. Unable to attend because of vacations and other commitments, we finally made it to the BC Beer Awards, where the Sip Advisor was able to sample about 20 different beers from the wonderful breweries that make up the province’s craft industry.

To commemorate Ma Sip’s 60th birthday, the entire family ventured to Disneyland, which also recently celebrated the same milestone. Mrs. Sip’s aunt also had her 50th birthday on that weekend, so there was much to revel in. That included a fair bit of drinking at the park and in our hotel rooms, as we made the change from day to night wear.

To celebrate Christmas this year, the Sip Family stayed in Leavenworth, Washington, which is famous for being a little slice of Bavaria, hidden in the mountains. The town is a haven for Christmas lovers, and it’s here that we explored the many wine tasting rooms, a couple breweries and exuded as much festive spirit as one is allowed to, by law.