While the Sip Advisor hasn’t posted a Sip Trips article for a couple weeks, that doesn’t mean I haven’t kept up my typical level of social activities. I was just saving up a few outings and before I knew it, there was almost too much to report on.

Dressed as my own inner child – seriously, I just couldn’t get inspired to come up with a costume for this Halloween season, so this was a last minute idea that actually worked out fairly well – we attended a friend’s fundraiser at Rusty’s Neighbourhood Pub in Cloverdale. The burger and beer deal didn’t leave much to the imagination, especially as far as beverages went, but through a technicality, we were able to upsize our burgers and I really enjoyed my Doc Holliday variation. Much of their menu looked really good, so next time we’re in the area, we’ll have to drop in again.

The next day, we intended to check out Abbotsford’s Craft Beer Corn Maze, before a storm decimated the attraction. Instead, we used the occasion of being out in the Fraser Valley to visit Old Abbey Ales. Here, the Sip Alliance each constructed their own flight of beer and with so many options available at the tasting room, no two boards were the same. I really like that Old Abbey Ales has the customer fill out there selections, rather than recite them. This gives you more time to round out a perfect cross section of brews and decreases the chances your order will get mixed up.

A couple days later, as Mrs. Sip prepared for her ongoing trip to India, we visited Patron Tacos & Cantina for a meal. We typically order their Queso Fundido dish and then use the cheese and sauces it comes with on our tacos. This makes for quite the feast and Mrs. Sip and I both left with overly full tummies.

That weekend, after recently receiving a flyer advertising Milestones new Epic Eats menu, Mrs. Sip and I were looking forward to testing out some of the new additions. While Mrs. Sip ordered the Jiffy Pop Popcorn Shrimp, I had my eyes – and stomach – set on the Hottest Club in Town. This Sriracha chicken and waffles club sandwich was absolutely fantastic and I look forward to crossing paths with it again shortly. We also noted that the restaurant now has a Beers & Bros deal (a pitcher of beer and four appies for $40) to accompany their Girls’ Night Out Bellini promotion. 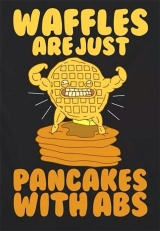 To celebrate Halloween, we decided to check out the Day of the Dead-themed Stanley Park Train. Following that, Mrs. Sip, Sis-in-Law Sip and myself made our way back downtown and popped into Steamworks Brewpub for a bite and beverage. With a $15 pitcher deal on Mondays, we settled on their Pumpkin Ale, while splitting their massive House Baked Pretzel. This was probably the best way to wrap up Oktoberfest festivities, through the month.

Come Friday, I was on the road again. Mrs. Sip and I are members of the Langley-based Backyard Vineyards and as such, are invited to their semi-annual customer appreciation nights. Mrs. Sip always seems to be on vacation when they occur, but that doesn’t stop the Sip Advisor from enjoying. With great live music filing the air, guests were treated to a fantastic meal and other goodies. Prior to arriving at the winery, we had made great time from Vancouver, so decided to pop into Trading Post Brewing for a beer. I liked my serving of their Dear James S.M.A.S.H. Saison and it was a good start to the evening’s entertainment.

The weekend was wrapped up with a visit to White Spot, where I was able to try a pint of Granville Island Harvest Ale. The beer, exclusively brewed for the restaurant chain, was a solid accompaniment to one of my all-time favourites, the Legendary Burger. You are not a true British Columbian if you have never tried this entrée.

Well, I ended up with much more to discuss than I first thought. With Mrs. Sip away in India for the next two weeks, it kind of feels like the calm before the Christmas season storm. I better enjoy my “downtime” while it lasts!