Something to Talk About

I sometimes like to watch those year-in-review retrospectives you find on news and sports channels. It gives you a real picture of what happened the previous 365 days and an idea of what to expect when the calendar turns over. So, as we try to stay warm by the fire, here are the people and topics we most discussed in 2013:

People have been shaking their groove things for many years, but it took a raunchy twerking performance by former child star Miley Cyrus at the MTV Music Video Awards to really help the pop singer burst on the scene. She followed that up with a string of other wild antics and her music video for Wrecking Ball, which features the artist (and all of her tan lines – you figure she would have got some colour before this production) swinging nude from the construction device and licking a filthy sledgehammer. 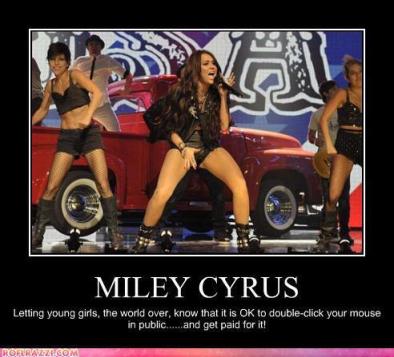 Perhaps it’s the anti-parent in me or perhaps it’s the fact I couldn’t care less about celebrity offspring in general, but I don’t get the interest in the whole royal baby thing. Sadly, this kid is more famous that any of us will ever be and he still needs someone to wipe his own ass. I’d praise his genetic luck, but years of royal inbreeding have to catch up to reality eventually. At least he can claim things of Kate Middleton that most men would kill to also have rights to.

This is the hottest topic in the sports world (even surpassing steroids) and it only seems to be getting more serious with each passing year. In 2013, the NFL reached a $765 million settlement with its former players for concussion treatment and earlier this month, news came out that a similar class action lawsuit was being filed against the NHL. While the players involved should be compensated, I feel we’re travelling down a slippery slope towards the elimination of contact sports entirely.

The every-man mayor proved he was much more than your typical person and provided late night shows with copious amounts of material. Sure he continues to leave a black eye on the city of Toronto by refusing to step down and out of the public spotlight, but it’s no worse than their professional hockey team has been doing for years! Perhaps once he’s experienced close to 50 years of futility he’ll finally call it a day.

Kim and Kanye, or Kim-ye as they have been unitedly known, are perhaps Hollywood’s hottest power couple right now. This is what you get when you combine the amazingly egotistical Kanye West (he is the voice of our generation, after all) and the talentless yet uber famous Kim Kardashian (sorry, what exactly has she done again?). Don’t forget about baby North West, who has the perfect name for a fragrance already lined up: North by North West!

Before we retire for the evening, we should pay tribute to those who passed on in 2013. May there be drinks waiting for you all wherever you may be!

Sip Advisor Bar Notes (2.5 Sips out of 5):
I went with Candy Cane Vodka instead of Peppermint Schnapps and that might have changed the taste. While I had looked forward to mixing Fluffed and Candy Cane Vodka with Hot Chocolate, I wasn’t overly impressed with the final product. Mrs. Sip liked it better than I did, however.

I originally wanted to look at my favourite Britonians… until I realized how many of them I like. So not wanting to bog you, my little sippers, down in an essay of British love, I broke all my beloveds down into a few easy to discern categories. Now let’s do some light reading before some heavy drinking!

Benny Hill is a legend, while my other three selections are embarking on careers, hoping to reach the level of fame and success Hill was able to achieve. Thanks to all his wild characters and different accents, I didn’t even know Baron Cohen was British until researching for this post. 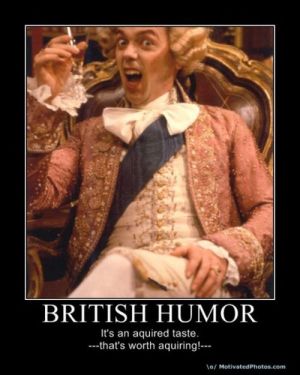 These are some of my favourites – minus Harry Potter, who I only threw in to appease all the readers. You have the intellect of Holmes, the debonair style of Bond, and the wackiness of Bean. That would make one interesting love child.

The Shows – Are You Being Served?, Keeping Up Appearances, Fawlty Towers, My Family

The British have a very unique style of humour. It’s dry and witty and not as in-your-face as  most North American fare. Some of England’s older shows are absolute classics. Although I didn’t include any in the above selections, the Brits also know how to make a great crime drama.

Wow, we might as well be discussing a ranking of my favourite bands. While it may kill Papa Sip for me to write this, on my list, the number one slot goes to Led Zeppelin, with The Beatles coming in at a very close second.

Well, my three candidates may be quite the mish-mash of English nobility. My preferred role for each, you ask? Hugh Laurie has to be House, Michael Caine is good in so much, but I thought he made a terrific Alfred in the new Batman trilogy and Vinnie Jones was great as the marble-mouthed hooligan in Euro Trip!

These are two delicious young ladies that are known to light up the screen. Knightley was a knockout in the Pirates of the Caribbean series and Watson, once she was of legal age, became a sexy starlet in her own right.

The equivalent to being knighted for a man, these women (and dude in the case of Edna!) have great acting chops. I kind of wish I could be knighted, or that Mrs. Sip could be made a dame. We just don’t have cool things like that on this side of the pond. 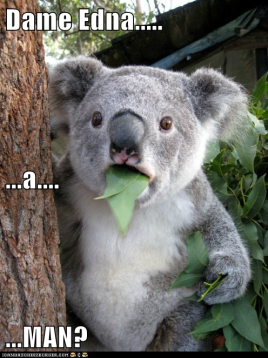 As a Manchester United fan, I definitely have to give a nod to the likes of Rooney and Beckham, but The British Bulldog Davey Boy Smith also earns mention as one of my earliest favourite wrestlers. Smith was one of the most popular and accomplished English wrestlers, winning numerous championships around the world.

I’m almost certain the paparazzi phenomenon must have started in the U.K. with Royal Family gawkers. They’re alright, I guess, but give me a meal from Gordon Ramsay and an adventure with Richard Branson any day!

Sip Advisor Bar Notes (3 Sips out of 5):
This drink was a little pedestrian. The ingredients mixed together well enough, but it wasn’t anything to write home about. And when you’re doing a blog about cocktails, that’s a major issue. I guess I just expected a little more from the drink and was let down.