The Sip Advisor’s Chinese Zodiac animal is the pig and I’d like to think I’m more Babe: Pig in the City (you know, an inspiration) than anything else. Putting on my astrological reading glasses, here’s what your Chinese Zodiac sign says about you, according to some of the celebrities and historical figures who fall under them:

Regardless of gender, you have been seen as a sex symbol at some point in your career and life. Remember, every person has a type. It should also be noted that your voice talents may lend themselves to the adventures of an animated ogre and you may find yourself immersed in a world of fairy tales… of the fractured variety, of course. 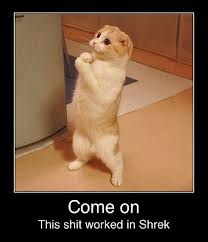 You have serious issues with people of certain creeds and your militaristic side always shines through. Your thirst for land and power cannot be quenched and it seems like you have a chip on your shoulder for whatever reason. Some serious counselling should be pursued before you are added to the list of worst people EVER!

You’re natural in front of a camera, but have your vices. You are pursued by numerous gentlemen callers and your beauty is undeniable. Sadly, you’re a starlet who will leave this world too soon and your death will be surrounded by mystique and intrigue. Conspiracy theories, debate and investigations abound, but the truth may never be known.

You’re a comedian, sometimes manic, but always hilarious. You will go to extreme lengths to get a chuckle and while some of your humour may be hard to absorb, the effort with which you try to draw in an audience is always appreciated. In later years, you may calm a little and accept a different type of role, but the comedy always finds a way to shine through.

Going out on a bit of a limb here, but are you possibly a Beatle? You will go on to revolutionize your industry and leave a lasting mark on the world. You work best with a group of like-minded talents, but even on your own, there is a catalogue of decent offerings. Your hard work will serve you well later as fans continue to thirst for anything to do with the group.

You thrive in a position of power and are not afraid to stick to your guns to get your way. You are cool under pressure and use your many contacts to ensure success in all your endeavours. Tread lightly though, as accidents seem to happen when you’re near firearms and one thing is for sure: You should avoid riding in convertibles at all costs.

You are a top athlete in your sport, but bad decisions can come back to haunt you. Perhaps you were given too much, too soon. It’s an awful lot of pressure to still be a teenager and have worldwide success and the fame that goes with that. Despite the negative hype, fans still love you and championships seem like a natural fit.

Your style is so infamous and distinguishable that you’ve become a parody of yourself as your career has entered its twilight. While many wish to remember you at your finest, you keep trucking along, piling up the credits and cash. Nothing wrong with that. Anyone in a similar position would do the same, riding into the sunset with a boatload of money.

You appear in many history textbooks and have played a great role in shaping the world, although your impact may not be fully appreciated until later. Movies and TV series’ will be made in your honour, posthumously of course. That’s not to say you didn’t have a decent existence while you were living. Beware of turncoats… that will allow you to prosper longer. 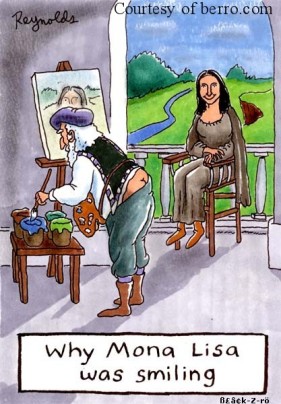 All you want to do is sing and the term diva could apply. Diddy, I’m looking at you! Your talents may range and you enjoy dabbling in a number of different business ventures from record labels to fragrances to clothing lines. Yuck, I just found out that Yoko Ono is also a Rooster and that makes me disgusted with the whole lot of roosters… bunch of cocks!

You have a fascination with the mysteries of the universe and are considered… well, quirky, to put it nicely. You are worshipped by some, but trashed and disregarded by others. Either way, you will be remembered for your showmanship and talent. Who let the dogs out? You did… you did.

You prefer to explore the dark side of the human psyche. You are capable of causing people to fear everything from birds to clowns and may have even been offered the title ‘Master of Horror’. Apparently, you like to cameo in your own works when they are adapted for film and television… if that’s the case, I can’t wait for The Sip Advisor film to be shopped! 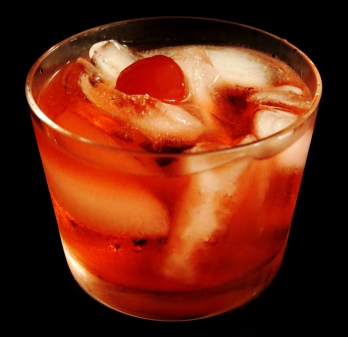 Although many of us believe we fall under one animal only, Chinese astrology assigns animals not only based of birth year, but also by month (inner animals), by day (true animals) and by hour (secret animals). This makes the Sip Advisor some sort of pig, rooster, rat/pig (Thursdays have two animals), dog hybrid. And here I was hoping to be the elusive man-bear-pig from South Park!

Sip Advisor Bar Notes (3 Sips out of 5):
Thanks to this drink, I finally placed what Chiew reminds me of… Absinthe. It has those medicinal/herbal flavours and that can cause issues for some. Luckily, I like Absinthe and therefore had no problem with this cocktail. The one complaint I could throw its way is that it wasn’t fizzy and lacked a citrus taste that could have helped.

Every European country is chock full of history, monuments, and statues. Slovakia (particularly in the country’s capital Bratislava) is no different and has a collection of busts that are incredibly unique, bordering on bizarre. Most of the sculptures have their own name and backstory. Here is a look at some of those works and an examination of what they are telling us:

This friendly fella was known to walk the streets of Bratislava, dressed to the nines, and offer women flowers or songs as they went about their daily business. The original ladies’ man, he could often be heard saying “I kiss your hand,” in a variety of languages. While his real name was Ignác Lamár, he was known by the moniker Schöner Náci and received free food from many of the city’s restaurants. Here’s hoping that one day they make a statue of me holding doors open for people and getting angry when they don’t appreciate the gesture.

This statue, dubbed Rubberneck (perhaps because of the accidents it causes when people are distracted by it while driving or walking) is the world’s first bust to show a person emerging from a sewer. Perhaps he had given up his search for the fabled Teenage Mutant Ninja Turtles, resulting in his exasperated look. I would also be despondent had my quest failed to turn up any leads. The sculpture has actually been decapitated twice by motorists, prompting city officials to create a sign warning passersby’s of the figure.

You can play celebrity for a day in Slovakia… providing you hang out in this alley for the entire time. I’m not sure if the artist was hoping to inspire some social commentary on the state of paparazzi stalkers or to just make people feel famous for a brief moment. I wonder if folks like Sean Penn and Alec Baldwin, known for their run-ins with photographers have made their way to Bratislava to slap around this statue and get some free therapy courtesy the artist and the Slovakian government. It might be worth the trip if it saves the life of one dirty paparazzo! 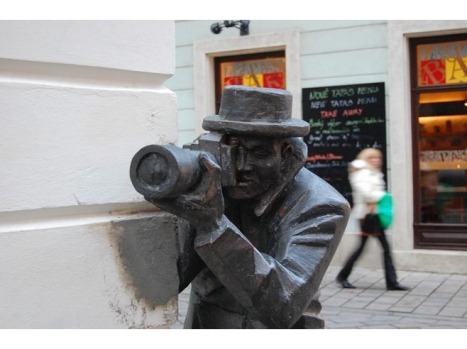 Well, I’m not exactly sure what’s going on here, but I definitely want in! Three naked chicks frolicking… hell yeah, let’s party! I really can’t describe the scene and would love to hear what the artist was aiming for. It looks like the chick on the right is in one of the those skydiving simulators, while the one in the middle is knee boarding (or perhaps performing other tasks that at best achieved at that level!) and the broad on the left is in the middle of a Matrix-style bomb explosion. I kind of want to use the structure for some hardcore parkour to tucker myself out.

Imagine that you’re just hanging out, enjoying a good rest on a bench and next you know, the infamous military midget Napoleon (or one of his men) shows up behind you. Apparently, they enjoy gags like that in Slovakia. For some reason, it has become a popular photo op in the city, although I don’t understand the appeal myself. When I travel, I’m more about experiences (usually involving a drink or three) rather than standing in front of various icons and buildings just to say that I’ve been there. Not to stomp on anybody that tours in that way, but it’s not what works for me.

Well, that wraps up our little jaunt through Slovakia. We took some interesting photos, met some intriguing people and drank some wonderful booze… that’s my kind of travelling!

Sip Advisor Bar Notes (4 Sips out of 5):
I have to say that the Tatratea website is kind of lame when looking for recipes to try with their liqueurs. If they want to send me a couple bottles of their product, I promise to invent a minimum of three rockin’ recipes with each spirit. Even online videos seem to exclude which ingredients to use or names of the cocktails being created. Very frustrating, indeed. As for this cocktail, it was very good. The flavours were nice and made for a pleasant martini.