Each week, the Sip Advisor will alphabetically travel the United States, discovering the best each state has to offer in a variety of subjects. The last state to enter the union, Hawaii is a tropic paradise, making it hard to get any work done. I must press on, though, and give the Aloha State its due:

Motto: “The life of the land is perpetuated in righteousness” – So that’s all it takes for something to be beautiful.

Food: You can’t return from a trip to Hawaii without at least a couple packs of macadamia nuts to hand out to family, friends and coworkers. Hawaii was home to the first commercial macadamia nut farm, with the state’s Mauna Loa Macadamia Nut Corporation being the largest processor of macadamia seeds in the world.

Drink: While a number of cocktails have originated in Hawaii, we’ll look at the popular beverage POG. An acronym for Passionfruit-Orange-Guava, the juice was created by Haleakala Dairy product consultant Mary Soon, on the island of Maui. Most notably, the juice led to the POG milk caps fad of the 1990’s, also originating in Hawaii.

Site to See: Dubbed the Paradise of the Pacific, there is much to view around the Hawaiian Islands. A definite sight to behold are the state’s active volcanoes, with two of them comprising Hawaii Volcanoes National Park, on the Big Island. The Kilauea Volcano – the world’s most active volcano – and Mauna Loa, offer visitors views of lava flows, along with unique plants and animals.

Street: On the island of Maui, the Road to Hana (aka Hana Highway) is a 64-mile long stretch that contains a number of picturesque sites, including Wailua Falls and the Seven Sacred Pools. Those renting a car for the journey may not have insurance coverage for part of the route, due to unpaved narrow roads with many blind turns along the way.

TV Show: Magnum P.I. ran for eight seasons and 162 episodes, following the adventures of private detective Thomas Magnum, as he investigated cases around the Hawaiian islands. Magnum is joined by fellow war vets T.C. and Rick, as well as thorn-in-the-side housemate Higgins, making for one of the most popular shows of the 1980’s. The theme song alone is legendary!

Movie: Forgetting Sarah Marshall sees musician Peter Bretter head to Hawaii to get over the breakup with his actress girlfriend Sarah Marshall, only to find that Sarah and her new boyfriend, who she cheated on Peter with, are at the exact same resort. Starring Jason Segel, Kristen Bell, Mila Kunis and Russell Brand, this hilarious rom-com will have you wanting to leave for the islands as soon as possible. 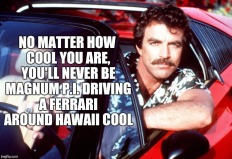 Book/Author: The series of Charlie Chan books, authored by Earl Derr Biggers, takes the fictional Chinese-American detective through six adventures in Hawaii and beyond. The character was based on real-life Hawaiian detective Chang Apana, a member of the Honolulu Police Department.

Fictional Character: The Hawaii Five-0 Task Force, led by Steve McGarrett, along with his partner Danny Williams, and associates Chin Ho Kelly and Kono Kalakaua, are one of Honolulu’s greatest tools in fighting crime. Lines like “Book’em, Danno!” became a famous pop culture catchphrase and much like Magnum P.I., Hawaii Five-0’s theme song is iconic.

Fictional City: Kokaua, from Lilo & Stitch, is based on Hanapepe, on the island of Kauai. The town has embraced this association, with a mural announcing: “Home of Lilo & Stitch”.

Actor/Actress: Aquaman himself, Jason Momoa, was born in Honolulu. Also known for his role as Khal Drogo on Game of Thrones, the actor’s first role was on the TV show Baywatch: Hawaii. Furthermore, despite her Australian citizenship, Nicole Kidman was also born in Honolulu, as her parents were on student visas, at the time.

Song: Elvis Presley loved Hawaii, performing numerous times in the state, as well as filming a trio of movies on the islands. The 1961 musical Blue Hawaii, featured a title track performed by Elvis, covering the Bing Crosby/Shirley Ross original. The movie’s soundtrack topped the Billboard album charts for 20 weeks.

Band/Musician: One of music’s most popular artists today, Bruno Mars, was born in Honolulu. His list of hits includes Uptown Funk, Locked Out of Heaven, Grenade and 24K Magic have kept the young and old dancing for a decade now. Also have to give a shout out to Israel Kamakawiwo’ole (better known as Iz), for his beautiful rendition of Somewhere Over the Rainbow.

People: Born in Honolulu (bet you’re getting tired of that line), Barack Obama served as the 44th President of the United States, from 2009 to 2017. During his first year in office, Obama was named the recipient of the 2009 Nobel Peace Prize. He may be best remember for introducing the country to what was dubbed Obamacare and a nationwide legalization of same-sex marriage.

Animal: Tyke the Elephant, an animal performer with the Honolulu-based Circus International, became a symbol for animal rights, when she was brought down with 86 police bullets after escaping from a performance in Honolulu, following trampling her trainer to death and injuring her groomer. Over 60 years earlier, a similar incident occurred at the Kapiolani Zoo (now Honolulu Zoo), when Daisy the Elephant killed her trainer, forcing police to shoot the animal. 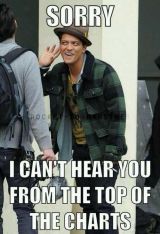 Invention: Although I was awful at it, Hawaii should be thanked for introducing the world to surfing and inventing surfboards. Perhaps I will attempt to ride the waves again someday… perhaps not!

Crime: The Honolulu Strangler was Hawaii’s first known serial killer. Between 1985 and 1986, five women were found bound, raped and strangled, aged 17 to 36. While the crime has never been solved, one serious suspect, Howard Gay, was identified, after leading police to the last victim’s body, saying a psychic told him a body would be found there. Even after failing a polygraph test, Gay was released due to lack of evidence.

Law: Hawaii works hard to preserve its natural beauty. That why some laws have been introduced to keep the state as picturesque as possible, including a ban on billboards across the state. Three other states also share this outlawing: Alaska, Maine and Vermont.

Sports Team: There are no professional sports teams in Hawaii, but the annual NFL Pro Bowl was played there every year between 1980-2016, except for 2010 and 2015. The game has since been moved to Orlando, Florida. That leaves the University of Hawaii Rainbow Warriors as the biggest game in the state, along with surfing competitions, such as the Triple Crown of Surfing and The Eddie. 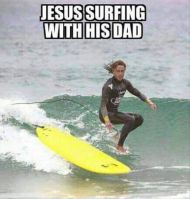 Athlete: Duke Kahanamoku was a competition swimmer and surfer, known for great athletic feats, the least of which include five Olympic medals. After dying at the age of 77, Duke’s ashes were scattered into the ocean off Waikiki Beach, where a statue to the man now resides. The Hawaiian legend has a chain of restaurants named after him, with locations in Hawaii, California and Florida.

Famous Home: ‘Iolani Palace, in Honolulu, is the only royal palace in the U.S. It was home to generations of Hawaiian monarchs and is now a National Historic Landmark, restored as a museum in 1978. On the original Hawaii Five-0, it was implied that the department’s office was located within the palace.

Urban Legend: Morgan’s Corner, in Honolulu, is said to be a site of much paranormal activity. Nearby, in 1948, two escaped convicts robbed the home of 68-year-old Therese Wilder. Wilder was gagged with a broken jaw, resulting in her suffocating. The two men were later caught and sentenced to death, although their executions were stayed at the last moment and their sentences reduced. Wilder is said to haunt the area, screaming for her life. A young girl is also said to appear in Morgan’s Corner, holding her own head, having died by hanging herself from a tree in the area.

Firsts: Hawaii was the first state to legalize abortions by choice, in 1970, stating: “the State shall not deny or interfere with a female’s right to choose or obtain an abortion of a nonviable fetus or an abortion that is necessary to protect the life or health of the female”. 50 years later, some of the country still struggles with this concept.

Company: If you’ve ever been to Hawaii, you can’t go far without coming across one of the many ABC Stores. Headquartered in Honolulu, the chain offers groceries and souvenirs, with a majority of their stores scattered across the state. The first store opened in Waikiki, in 1964, originally known as Mister K, after founder Sidney Kosasa.

Events: The Japanese attack on Pearl Harbor, on the island of Oahu, on December 7, 1941, brought the U.S. into World War II. 2,403 Americans lost their lives in the unexpected offensive, which was later deemed a war crime. The site is now a popular tourist attraction, featuring the USS Arizona Memorial.

Miscellaneous: While not created in Hawaii, a number of items have been named after the state. This includes Hawaiian Punch, Hawaiian Pizza, Toast Hawaii, and Hawaiian Tropic Sunscreen. For the record, the Sip Advisor loved Hawaiian Pizza and doesn’t understand the backlash against it.

The Chi Chi first came to my attention thanks to a South Park episode where Butters, as a young keiki (child), goes to the island for his hapanoa ceremony. The drink the native Hawaiians (aka time share owners) love is the Chi Chi, the supplies of which, are being jeopardized by a war between these natives and haoles (aka mainland visitors). The Chi Chi is also the official beverage of Puerto Rico and after having one martini style, not frozen, I can see why!