Despite the deliciousness, popularity, and versatility of apricots, it should be noted that the fruit’s pits (or kernels) are actually poisonous and can produce a form of cyanide. Here are some other foods that are alarmingly poisonous and potentially dangerous to your health:

This one is too easy… I mean, come on, it’s defined as a fungus. That said, mushrooms can be many things, from delicious to deadly, healing to hallucinogenic. With regards to poisonous mushrooms, flat caps are a huge giveaway and toxic shrooms come with names such as death caps, destroying angels and dapperlings. Scarily, it is feared that many European mushrooms may be contaminated thanks to the 1986 Chernobyl nuclear disaster.

Sure, many folks out there have severe allergies to nuts, particularly peanuts, but other types, when eaten raw, can be dangerous. Raw almonds, also known as bitter almonds, contain cyanide and can be fatal when consumed in large doses. Regardless, they are still sold in some stores, with risk being handed over to the customer to decide how cautious they want to be. Other countries have outright banned the nuts from being available.

The seeds in apples and pits in cherry, contain cyanide. Cherries have resulted in other deaths non-edible deaths. Lucullus, a Roman general, committed suicide in 56BC, upon learning that he was running out of cherries, a crop he had introduced to Europe years before. Tomatoes were once thought to be poisonous by Europeans who didn’t trust the delicious fruit. It took some time for those fears to dissipate and now there’s only the odd salmonella outbreak.

The issue with tuna, other than the facts that it smells horrible and doesn’t taste that great either (yes, this is solely according to the Sip Advisor), is that levels of mercury absorbed by the fish before it is caught and killed can be passed on to the consumer. This has given me pause for thought about how much the Sip Family kitties love getting served tuna water. Man, they love that stuff and go nuts whenever the can opener is used! 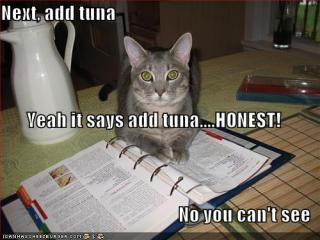 Potatoes are such an integral part of people’s diets that it’s a little scary how dangerous, albeit rare, their consumption can be. My first thought was that someone from the popcorn lobby made this accusation up to spoil the potato chip industry, but I have since learned the charges are true. Basically, what you have to watch out for is when a potato turns green, which if eaten, can result in weakness, coma, and even death.

Consuming blowfish (fugu) can be like playing a round of Russian roulette.  Unless prepared to perfection, it can be very poisonous. As a result, the emperor of Japan is barred from eating the fish, despite it being a cultural delicacy. One famous incident involved kabuki actor Bandō Mitsugorō VIII, who believed he could tolerate the poison… he was wrong. There is also an episode of The Simpsons where Homer eats Fugu and is told he only has 24 hours to live.

This list could also include rhubarb, elderberry, raw meat and eggs, and even underprepared honey. I’ll stick to my artery-clogging potato chips , thank you very much, which will only get me in the long run!