This past week saw nearly the entire Sip Family clan celebrating the Christmas season in Disneyland, where we also rang in the 60th birthday of Ma Sip and the 50th birthday of Aunt-in-Law Sip. Here’s all the shenanigans the Sip Advisor was able to get into, while at and around the parks.

Most notably, the California Adventure portion of the resort was hosting their Festival of Holidays, featuring 14 food and drink stands, offering yuletide treats. My most frequest stop, of course, was at the Brews & Bites stall, where I was able to get my hands on a number of California craft beers that the park typically doesn’t have on hand. This included: Mother Earth Cali Creamin’ Vanilla Cream Ale, Saint Archer White Ale, Bottle Logic Tattered Prince (Spiced Saison), Karl Strauss Seven Sharks A-Circling Smoked Porter, and 21st Amendment Fireside Chat (Spiced Ale). 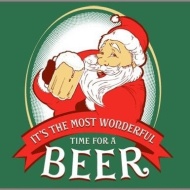 While the new beverage options provided a lot of fun (as well as expense), the food available was disappointing. This wasn’t due to quality, but the pricing structure. Most servings were appetizer size, but came with a main dish price. For example, I enjoyed the Reuben Potato Smash, but paying $7 for two little potato balls seemed extreme. This made me question my list of the handful of items I had hoped to try. It seemed desserts (highlighted by the $4.25 Eggnog Cheesecake) were more reasonably priced, but only by comparison. Every dish could have been knocked down by a few dollars, allowing for more experimentation.

I also have to go on a little rant about how stupid the park’s policy is regarding Canadian visitors having to use their passports as ID, instead of their driver’s licenses. With the great number of folks from British Columbia (as well as the rest of the Great White North) coming to California to vacation, they should be more than familiar with our licenses. They also seems to be no consistency with their own policy, as sometimes my license was good enough and other times it wasn’t. I also note that only the festival booths were insisting on passports at any point, which is a pain because I had grown accustomed to not needing my passport on me in my early thirties.

Okay, back to the good. Other beers I enjoyed around the park included the usual smattering of Karl Strauss selections (Aurora Hoppyalis, Tower 10 IPA, Red Trolley Ale, Mosaic Session IPA, etc.), as well as the Grand-Am Pale Ale from Bear Republic Brewing. This brew has become my breakfast must-have beverage upon entering the park and lining up for the Radiator Springs Racers ride. 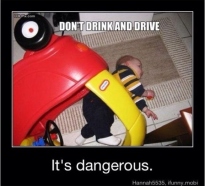 A highlight of our celebrations was our meal at the Carthay Circle Restaurant. Here, our crew was given our own private dining room, although we joked it was more to do with keeping us from disrupting other guests. With my three-course meal, I enjoyed the Ernest Daiquiri, which for some reason the rest of our group viewed as a girly drink… pssh, amateurs. This experience also provided us with a special seating zone for the World of Color show that evening. Our server was spectacular, as was the staff assisting her. The only downside was the restaurant’s inability to split the bill more than into two, which made settling up a little difficult for a group of 13.

Mrs. Sip and I also managed to spend an evening at Dave & Buster’s where we had dinner and played some of their games over late night happy hour. This provided us half price cocktails (the mai tais and margaritas were flowing) and other drink deals, such as a very generously poured Jack & Coke for $3. Our appy of choice has always been the pretzel dogs, which even has Mrs. Sip using the honey mustard dipping sauce.

With Disneyland in the rear-view mirror, it’s onto the Christmas party season and we have a whack of them booked already. Should make for a very fun month!