While I’ve often dubbed Mrs. Sip and myself ‘Weekend Warriors, Weekday Legends’, this past weekend was incredibly busy, even by our standards. Things all got started – as most weekends do – with the need to procure some alcohol. The Sip Alliance had a member’s birthday Saturday evening and so the hunt was on.

Our first stop was 33 Acres Brewing, a favourite Vancouver location of Mrs. Sip and mine. There, we filled a couple growlers, making sure to try some of the new items to hit their board, such as the 33 Acres of Egress Belgian Grisette, which Cousin Sip elected to purchase.

Following that, we were off to Storm Brewing, in search of the many odd concoctions the company is highly-regarded for. We sampled much of their ‘Brainstorms’ lineup, including a Chocolate Lavender Stout, Grapefruit Radler IPA, Blueberry Lemonade Pilsner, Pineapple Upside Down Cake Ale, James’ Liver Tonic IPA, Bangers and Sour Mash Ale, Raspberry Pilsner, and… wait for it… Margherita Pizza IPA! Some of these just might make an appearance in a BC Beer Baron article.

Our birthday event that night evolved (as these things sometimes do) from a laid back house party to a relatively laid back bar visit, as we headed out to East Vancouver’s Brickhouse. While the pub’s surrounding area is a little sketchy, the venue itself was pretty cool, with couches you could chill on, while waiting your turn to play pool or darts. The place also has quite an impressive menu of craft beers, mostly from Washington and Oregon.

On Sunday, for Father’s Day, we gathered up the whole extended family and made our way over to Township 7 Winery in Langley for their annual Wine & Swine celebration. Tickets were $30 and included three wine and pork pairings, with live music from LB 4 LB (Pound 4 Pound). The event was a total hit with our crew and I love what Township 7 has done with their patio area, changing it from a grassy area that easily got muddy in the often inclement BC weather to a tiered and tabled setting. 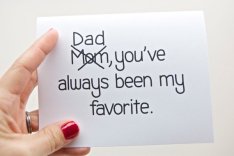 As we were wrapping things up, some of the Township 7 staff suggested we check out the nearby Fraser Valley Cider Company. I’m not much of a fan of the stuff, but others in our group are, while some were curious to try. We split a few of their tasting flights, which included house, dry, honey and elderflower varieties. The setting was nice and the people were very friendly, so it was a great ending to the evening.

While the work week has offered a rare bit of rest, this weekend Mrs. Sip and I (along with Ma and Pa Sip) return to the Bellingham Tap Trail and time will only tell what shenanigans we get up to on this expedition!