While a Caskival featuring a particular beer type is still tons of fun, one’s palate can sometimes grow weary of tasting similar things. When a group spices things up with different ingredients, that can be amazingly refreshing. That’s exactly what Big Ridge Brewing did with their contribution to the event.

The Vanilla Bean Porter was a welcome change to some of the more traditional fare at the event. Using Bushmill Irish Whiskey in its recipe, the beer was definitely strong, but the vanilla was still able avoid being hidden. Vanilla is quickly becoming a favourite beer flavour of mine, as it is noticeable, but doesn’t overpower any of the beverages I’ve experienced it in. 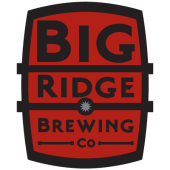 The 5.2% ABV, 34 IBUs offering rallied my senses for the second half of the Caskival event. The beer is an adaptation of the company’s Toll Bridge Vanilla Bean Porter, which is a collaborative effort between Big Ridge and Moody Ales.

Mrs. Sip and I haven’t been to Big Ridge for about a year now, last hitting the brew pub as part of our 13-year dating anniversary (although we’re now married, what’s wrong with celebrating as much as possible) for lunch and some beers, before heading out to play some mini golf at Castle Fun Park in Abbotsford. Now that’s how you remain young at heart!