As the Sip Advisor prepares to celebrate another birthday, I thought it would be a good idea to look back at the best of my birth year: 1983. It was a wonderful year… or so I’m told. Of course, the greatest moment of the year was the birth of yours truly, but I’m sure some other events could be defined as momentous. Let’s take a look back in history!

Just think of where amateur pornography would be without the advent of camcorders… scary thought, no? In all seriousness, this put the power to better record the greatest moments of our lives, in the hands of consumers. Despite this, the Sip Family didn’t finally jump on the video camera wagon until 2001. I’m not sure exactly why things happened like that, but that’s the story and we’re sticking to it. 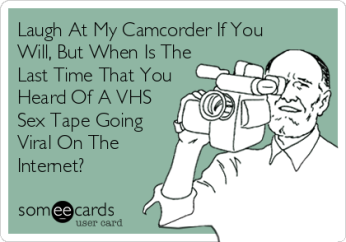 #4: Plinko on The Price is Right

As a lifelong Price is Right fan, I’m honoured to learn that one of my favourite games on the show, Plinko, was first unleashed on the world in 1983. This game of chance sees contestants drop a disc, from high above, down a board with pegs that cause the disc to bounce around. At the bottom, are a number of slots, with varying money amounts. When all the contestant’s discs have been used, they are awarded whatever the Plinko gods have blessed them with.

Mrs. Sip’s first favourite food as a youngster was all possible thanks to the product’s introduction in 1983. Folks, we’re through the looking glass here and talking about the McDonald’s Chicken McNugget. While I don’t order them as much as I did when I was younger, the Chicken McNugget is still placed before a hungry Sip Advisor from time to time. Of course, the McNuggetini wouldn’t be possible without these delicious chicken chunks!

What would eventually be released in North America in 1985 as the Nintendo Entertainment System, first hit shelves in Japan in 1983, as the Famicom, or Family Computer. Along with the home console, the game Mario Bros. debuted, including the first appearances of Luigi and the Koopa Troopers. While there was some good in the video game world in 1983, the year was also host to an industry crash, which took years to recover from.

1983 brought forth one of the greatest inventions in the history of the world. In fact, every person reading this right now is using this creation. We’re talking about the freakin’ internet! Other technological advancements to hit the world in my birth year included the first cell phone call and the release of Microsoft Word, which has been a beacon of enjoyment and employment for the Sip Advisor.

Of course, there are some things 1983 brought us that we didn’t really need. Sweet Valley High books, for one… minivans would be another. Neither compares, though, to crack cocaine and the El Niño weather pattern!