With millions, around the world, recently celebrating Chinese New Year, I thought it would be a great time to look at all the wonderful things the culture has brought to our lives. While they also invented coffins, gunpowder, and puppet theatre (all of which did not make this list), the following items should bring national pride to those that call China home:

I don’t love fortune cookies for their taste, which is far too often stale, but rather their inspirational messages inside. If I receive one, in particular, that speaks to me, I will often keep it in my wallet, hoping the good vibes will actually reward me. Yes, there are much better desserts out there, but fortune cookies are like getting a McDonald’s Happy Meal, giving you both a treat and a little toy, in a well-balanced, all-encompassing meal. 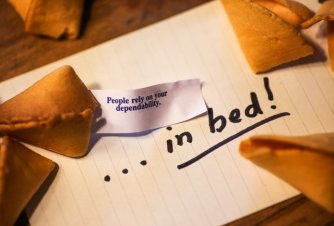 Who doesn’t love fireworks? Seriously, if you’re not down with big blasts of colour lighting up the sky, you should seek some psychiatric help. Fireworks have highlighted some very momentous occasions in my life. For one, I first asked out Mrs. Sip on a date, while positioned in front of Sleeping Beauty Castle in Disneyland, as their nightly firework show provided our soundtrack. To this day, Mrs. Sip jokes that she had to give me at least a date, based on my romantic timing!

Alright, this is a pretty damn important invention in the annals (yes, I had to use that word) of human history. As a bit of a germophobe, I can only imagine what hell my life would be if us civilized folks had to use other methods to clean up after a trip to the bathroom. The Chinese also developed the first paper for writing and although I’m a self-described scribe, my nod would go to toilet paper as the more important development of the two items.

I am a chow mein fiend. I also love stir fry, almond chicken, fried rice, honey garlic chicken, egg rolls, and most other typical items. While they may be the westernized version of Chinese food, it’s so delicious, so I really don’t care if I catch any flak for this entry. I’m greatly looking forward to a Chinese food feast, with Ma and Pa Sip tonight, to celebrate the Lunar New Year. As a little bonus, did you know the Chinese invented the restaurant menu? I wonder if early versions also had numbered items for simplicity!?

What goes better with food, than drink and seriously, where would the Sip Advisor be without the advent of booze. I’m sure someone, somewhere would have eventually stumbled upon elixirs that made you feel all warm and fuzzy, but the fact exists that China beat them all to the punch. Dating back to 7000 BC, scientists have discovered that the Chinese made fermented drinks, using fruit, rice, and honey. That doesn’t sound so palatable, but if it’ll get ya drunk, I’m game!

Well, after all this loving, I have to give the Chinese a wag of the finger for inventing chopsticks… I mean, come on, who would ever choose these twigs over a fork and a knife. And yet, I’m shamed when I ask for the tools I’m most accustomed to in Asian eateries. Kung Hei Fat Choy, everyone!

Sip Advisor Bar Notes (4.5 Sips out of 5):
You can’t say anything bad about this shot. It’s totally delicious. You’re combining all good tasting ingredients and it’s quite obvious why this is a classic recipe. I thought the addition of the Cinnamon Stick as a garnish kind of looked like chopsticks. Had I been able to track down a Fortune Cookie, I would have used that, as well.