Greek mythology is pretty crazy. Somehow, some way, the myths can explain why everything exists today… including each of the four seasons. Here is the mythological explanation for all seasons:

The story goes like this: Hades, that underworld bad ass (he even has his own beer), kidnaps Persephone to be his wife (if only it were that easy!). Zeus, that omnipotent ruler, decrees that Persephone should be returned to her mother Demeter (also the goddess of earth). Hades tricks Persephone into eating the food of the dead, which I guess is a mix of bleu cheese and expired fruit, and that means she has to stay in the underworld. In one of the earliest examples of a child custody agreement, Zeus gives both Hades and Demeter half the year to have Persephone. Demeter gets all hormonal and moody when Persephone is with Hades and creates winter. So, if you’re not a fan of sweaters, indoor heating, and ice scrapers, you have Hades to blame for your own misery.

Sticking with the whole Hades-Persephone-Demeter soap opera storyline, when Persephone returns to her mother Demeter, Demeter gets off her lazy ass and starts feeding mankind again, tending to the various harvests that must be maintained. I guess she had a serious case of empty nest syndrome. Moving on, the world become luscious again and people fatten themselves up, not knowing that summer is around the corner and they better start pulling out their Ab Rollers, Bowflexes, and ThighMasters, again. Next time Mrs. Sip complains of eating too much, I’ll just reference the gods and be done with it.

The happy times for Persephone and Demeter continue through the wonderful summer, where everyone on earth is happy and frolicking naked (by the way, all you little sippers should see the Sip Advisor frolic… it is a sight to behold… perhaps without the naked part) amongst the tall grass, hot temperatures and warm breezes. Hades is lurking in the shadows, however, and Persephone will soon be his again. For the time being everyone enjoys the bliss of sweet summer and forgets their troubles. 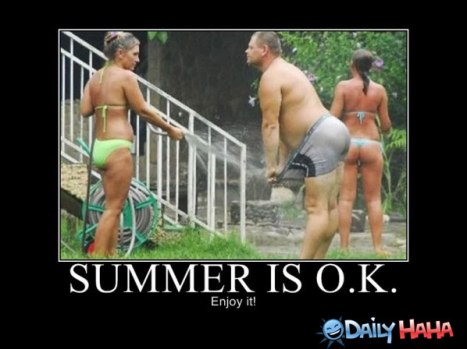 Persephone must be returned to the underworld and Hades (her father figure-wannabe husband-captor) couldn’t be happier with his prize. Demeter suffers from separation anxiety and doesn’t want to be alone in her misery, so she makes everyone else have to battle bouts of seasonal affective disorder (SAD… not to be confused with SADS – Sudden Arrhythmic Death Syndrome). Just as people think things couldn’t get any worse, they are reminded of Demeter’s behaviour the previous year and folks begin to dread the newly dubbed ‘winter’ that is approaching. As they say on Game of Thrones and I like to bug Mrs. Sip by repeating at inappropriate times: “Winter is coming!”

Well, I hope you liked that eschewed view of seasonal changes… thanks for nothing Demeter!

Sip Advisor Bar Notes (4 Sips out of 5):
I felt this drink nicely captured the changing of the seasons, although it works best when winter turns into spring. It certainly tasted fantastic and the look came together really well with all the garnishes!