Each week, the Sip Advisor will alphabetically travel the United States, discovering the best each state has to offer in a variety of subjects. Today, we travel to New Hampshire to see what the Granite State is all about. As one of the first American colonies, there’s a lot of history to delve through, so let’s get right to it:

Motto: “Live Free or Die” – …Hard? Would that not be the coolest State Motto ever?

Food: Boiled Dinner – corned beef with cabbage and root vegetables, such as potatoes, turnips, carrots, and beets – is big in New Hampshire, as well as all of New England. Any leftovers are repurposed the next morning as a diced and fried breakfast hash.

Drink: The Squamscot Beverages soda company has been around since 1863. The company is still based out of their original building and use the slogan: “Experience the Past… One Sip at a Time.” Unique flavours in their lineup include Maple Cream, Half and Half (lemon and grapefruit) and Fruit Bowl (fruit punch).

Site to See: Until 2003, one of New Hampshire’s top attractions was the Old Man of the Mountain, which was a collection of five granite ledges that made the profile of a face. Sadly, the Old Man collapsed due to repeated freezing and thawing. The Old Man appears on New Hampshire licence plates, their Statehood Quarter and state route signs. Today, there is an Old Man memorial used to recreate the original.

Street: Two other New Hampshire highlights, White Mountain National Forest and Mount Washington, each have their own notable route. Kancamagus Highway, which winds through White Mountain National Forest, is said to be one of the best areas to see New Hampshires famous fall foliage, while the Mount Washington Auto Road is the oldest manmade tourist attraction.

TV Show: Adult animated comedy, Assy McGee, is set in Exeter. There, the buttocks detective (yes, you read that right) solved crimes with human partner Don Sanchez for two seasons and 20 episodes. The series was a parody of the buddy cop genre. Most main voices for the show were done by Larry Murphy, who also plays Teddy on Bob’s Burgers.

Movie: The Jumanji franchise of films is set in New Hampshire. The first film, starring Robin Williams as Alan Parrish, was also filmed in Keene. When news of Williams’ death became public, a makeshift memorial to the actor was set up underneath the Parrish Shoes sign, which had remained on a building since the movie’s production. 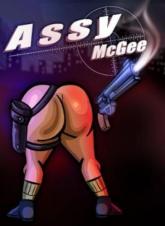 Book/Author: Poet Robert Frost earned his first of a record four Pulitzer Prizes for Poetry with his book New Hampshire: A Poem with Notes and Grace Notes. The Robert Frost Farm, in Derry, is where he wrote much of his most celebrated work, including Tree at My Window and Mending Wall. Also celebrating the writer’s legacy is The Frost Place, in Franconia.

Fictional Character: Professor Robert Langdon, the symbology expert protagonist from The Da Vinci Code series of books and movies, is a New Hampshirite. Author Dan Brown is a New Hampshire native himself and created the character as an alter ego, giving Langdon a matching birthdate, hometown (Exeter) and school, among other qualities.

Fictional City: Mandrake Falls is where the story of Longfellow Deeds (from the film Mr. Deeds) begins. The character runs his own pizza joint, while also trying to write the perfect Hallmark greeting card. When a substantial fortune is left to Deeds by his distant granduncle, the small town man is launched into a different world.

Actor/Actress: The Sandman, Adam Sandler, was raised in Manchester, before going onto becoming one of the most bankable film stars ever. A few of Sandler’s films have been set in New Hampshire, including the animated Eight Crazy Nights. While some may have grown tired of his childish act, Sandler has remained popular and excelled in dramatic roles.

Song: Granite State of Mind by The Super Secret Project is a parody of Jay-Z’s Empire State of Mind. It is a clever spoof of the popular ode to New York, with many points from this article coming up in the song. While some shots are taken at the state, the tune seems to come from a place of love for it, as well.

Band/Musician: Ronnie James Dio was born in Portsmouth. He is famous for founding and fronting a number of heavy metal bands, most notably Black Sabbath. Perhaps his greatest contribution to music and the world, in general, was popularizing the devil horns hand gesture, by using it during performances.

People: Alan Shepard, born in Derry, was the first American in space. He later returned on another mission, becoming the fifth man on the moon. Sadly, New Hampshire’s involvement in space also includes Christa McAuliffe, who was supposed to be the first teacher sent into orbit, but was part of the 1986 Space Shuttle Challenger explosion, which occurred 73 seconds after liftoff.

Animal: Colossus the Gorilla, lived at Benson’s Wild Animal Farm, in Hudson, for approximately 20 years, between the late 1960’s to 1987. Colossus, at over 500 pounds, was one of the largest gorillas ever in captivity and was included as a presidential candidate for a New Hampshire primary election, resulting in his inclusion in a set of trading cards for that event.

Invention: A necessary evil, which nearly every single person around the world uses, the alarm clock was invented by Levi Hutchins, of Concord, in 1787. His creation could only go off at 4am each morning, the time he had to get up and start his day. 60 years later, a mechanical alarm clock was finally created and patented by a French inventor.

Crime: In 2017, the previously unsolved Bear Brook Murders were attributed to Terry Peder Rasmussen (aka the Chameleon Killer), who died in prison, in 2010. The crime was uncovered with the discovery of four skeletons (two in 1985 and two more in 2000) in Bear Brook State Park. The victims were identified as a mother and her two daughters, along with another unidentified young girl, linked to Rasmussen by DNA.

Law: New Hampshire is the only state that has no law requiring adults to wear seatbelts in vehicles. That takes “live free or die” to a whole new level.

Sports Team: Another state with no professional teams; therefore, the NCAA programs of Dartmouth College (the Big Green) and the University of New Hampshire (the Wildcats) are the top sporting attractions. Mount Washington also provides the setting for annual bicycle and running races.

Urban Legend: In 1961, New Hampshire residents Barney and Betty Hill claimed they were abducted by aliens. This was the first widely known American case of alien abduction. The spot where the couple claimed to have been abducted from, near Lincoln, has been highlighted with a historical marker. Also, Salem is home to America’s Stonehenge, also known as Mystery Hill.

Museum: Funspot, in Laconia, is home to the American Classic Arcade Museum. Combined, they comprise the world’s largest arcade, according to Guinness World Records. The museum portion exhibits close to 200 arcade games, all released prior to 1990. There’s also a Museum of Dumb Guy Stuff, in Portsmouth, which might as well hold pieces of my lifetime collection. 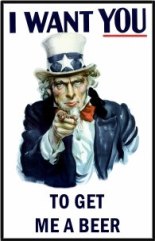 Firsts: New Hampshire holds the first primary election of every presidential election cycle and has a law in place to ensure they always remain first. Originally held on the second Tuesday of March, moves by both the Democratic and Republican parties, as well as other states, have required New Hampshire to move their primary as far up as January 8.

Company: The Old Farmer’s Almanac, the oldest continuously published periodical in the U.S., is published by New Hampshire’s Yankee Publishing. Since 1792, the guide has provided farmers with weather forecasts, planting charts, recipes and other info, including predictions on what will occur over the next year, in areas such as fashion and technology.

Events: New Hampshire played a great role in the American Revolution, with patriots removing powder and guns from Fort William and Fort Mary. Later, they inspired other patriots to fight, despite losing the Battle of Bunker Hill. They were the first colony to declare independence from England and set up an independent government, which resulted in them having the first vote towards the Declaration of Independence.

Miscellaneous: Nursery rhyme Mary Had a Little Lamb, was created by Sarah Josepha Hale, of Newport. The teacher and activist would go on to a lengthy career as editor of Godey’s Lady’s Book. 47 years after Mary Had a Little Lamb was published, it became the first recording by Thomas Edison, using his newly-created phonograph.

There is a second Gundalow recipe, using Apple Brandy, bitters and sugar. The drink is named after a cargo ship that was often found in New England waters, dating back to the 1800’s. Also, the first known time the word ‘cocktail’ was published in America was in the 1803 The Farmer’s Cabinet, published in Amherst.