Each week, the Sip Advisor will alphabetically travel the United States, discovering the best each state has to offer in a variety of subjects. Today, Minnesota welcomes the Sip Advisor. The Land of 10,000 Lakes actually has many more, so at least they’re humble folk. Let’s see what the North Star State has going on:

Motto: “The star of the North” – Canada may have some objections to that…

Food: Hotdish is a Minnesota classic. These casseroles come in a variety of forms, but typically combine a starch, a meat, and vegetables, mixed with canned soup. A popular version uses tater tots, ground beef and cream of mushroom soup. Hotdish can even come served on a stick, with the soup used as a side dipping sauce.

Drink: Craft beer is big in Minnesota, with brewing in general having a long and storied history in the state. Companies such as Surly, Summit, and Schell’s are among the best today, with Schell’s being the second oldest family-owned brewery in the U.S., founded in 1860. 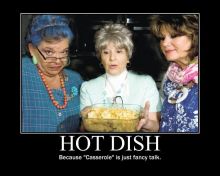 Site to See: For those who love to shop, a mecca of mall madness can be found in Bloomington. The Mall of America is the largest mall in the U.S., home to such attractions as the Nickelodeon Universe theme park, Sea Life Minnesota Aquarium, Crayola Experience and FlyOver America. Opened in 1992, the mall contains 520 stores and restaurants.

Street: Summit Avenue, in St. Paul, is notable for being the longest street of Victorian homes in America. National Historic Landmarks along the route, include the James J. Hill House, F. Scott Fitzgerald House and Frank B. Kellogg House. However, architect Frank Lloyd Wright and writer F. Scott Fitzgerald both disliked the area.

TV Show: Coach, starring Craig T. Nelson as Minnesota State University football coach, Hayden Fox, ran for nine seasons and exactly 200 episodes. The final two seasons were set in Florida, with Fox becoming the coach of an expansion NFL team, but it was revealed in the series finale, Fox retired and returned to Minnesota.

Movie: I’m a huge Walter Matthau and Jack Lemmon fan, so among some tough competition, I have to go with Grumpy/Grumpier Old Men for this category. Set in Wabasha, feuding neighbours, Max Goldman and John Gustafson Jr., trade insults and pranks, while their respective son and daughter enter into a relationship together. The sequel sees everyone happily ever after, so perhaps the movie titles don’t fit. 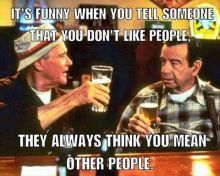 Book/Author: It is generally accepted the Peanuts comic strip, created by Charles M. Schulz, is set in Minnesota. After all, Schulz was born in Minneapolis and some mentions during the comics run place memorable characters, such as Charlie Brown and Snoopy, there. Schulz retired on January 3, 2000, dying a month later of colon cancer.

Fictional Character: Minnesota is a hockey mad state; therefore, hockey legends with fill this category. First, the rough and tumble Hanson Brothers, from the classic film Slap Shot, are Minnesota-bred. Next, we have the Mighty Ducks minor hockey team, led by coach Gordon Bombay. Can you just imagine if these great players all united to form an all-state squad!?

Fictional City: Frostbite Falls is the hometown of Rocky J. Squirrel and Bullwinkle J. Moose. Based on the real-life International Falls (nicknamed the Icebox of the Nation due to its extremely cold temperatures), Frostbite Falls is where antagonists Boris Badenov and Natasha Fatale are often trying to capture “Moose and Squirrel,” perhaps to make a hotdish.

Actor/Actress: Funnymen Chris Pratt and Vince Vaugh were born in Virginia and Minneapolis, respectively. Coincidentally, both have had roles in Jurassic Park films. Other notable stars from the state, include Judy Garland, Jessica Biel, Jessica Lange, Winona Ryder (born in Winona), and Seann William Scott. 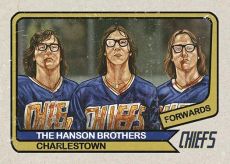 Song: Skyway, by the Replacements, is an ode to the Minneapolis Skyway System, a network of pedestrian footbridges, which allow folks to remain inside and safe from the elements for 11 miles and 80 city blocks (the longest continuous system in the world). The Minnesotan band’s song is about two lovers, one on the street and one within the Skyway System, who are unable to connect.

Band/Musician: Two icons of the music industry were born in Minnesota. Bob Dylan has been recognized as one of the most influential artists of all-time, earning such accolades as a Nobel Prize in Literature, the Presidential Medal of Freedom and induction into various Hall of Fames. Fellow Minnesotan, Prince, also enjoyed a very successful career, sadly passing away of an accidental fentanyl overdose, in 2016.

People: The Coen brothers, Joel and Ethan, were born in St. Louis Park and are among some of the most successful filmmakers in the industry. Their most notable movies include Fargo (set and filmed in Minnesota), No Country for Old Men and True Grit, all of which were nominated for a Best Picture Oscar, with No Country for Old Men taking home the prize.

Animal: Not only was a dog (Duke) elected mayor of small town Cormorant Village, but the canine was re-elected three more times, serving for a total of four years, before retiring. Duke’s human deputy mayor, said the canine “hangs out at the local pub and makes sure everything is running.”

Invention: Frank C. Mars founded Mars Inc., in 1911, in Minneapolis. His famous chocolate bar creations included the Milky Way, Snickers and Three Musketeers. His son, Forrest Mars Sr., later developed the Mars bar and M&M’s candies, while estranged from his father. He returned to the fold, when he inherited Mars Inc. and merged it with his own company.

Crime: I had this article all written up and ready to go… then the murder of George Floyd occurred and a rewrite was needed. Floyd’s death, at the hands of Minneapolis police officer Derek Chauvin and his colleagues, has resulted in Black Lives Matter protests across the country and abroad, seeking reforms on policing and highlighting racial inequalities. Floyd was 46 and is survived by five children.

Law: In Minnesota, nursing homes and senior care facilities may only stage games of bingo twice per week. Yeah, that will keep the residents in line!

Sports Team: Minnesota has one team in each of the Big 4 sports leagues. Minneapolis is home to three of those clubs, the Vikings (NFL), Twins (MLB) and Timberwolves (NBA), while the Wild (NHL) play in St. Paul. The defunct North Stars (NHL), had played in Bloomington from 1967 to 1993, but were relocated to Dallas, Texas. 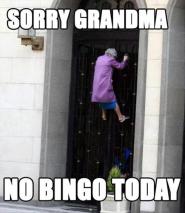 Athlete: Minnesota has long been a breeding ground for professional wrestlers. Such notable stars from the past, include Verne Gagne (whose American Wrestling Association was based in Minneapolis), Bob Backlund, Bronko Nagurski, Curt Hennig (aka Mr. Perfect), the Road Warriors, Nikita Koloff, Barry Darsow, Rick Rude, Jesse Ventura (former governor of Minnesota), and Sean Waltman (aka X-Pac).

Famous Home: The Glensheen Historic Estate, in Duluth, is an expansive property, operated by the University of Minnesota Duluth. Famous for its architectural design, the mansion was the site of a grizzly double murder of owner Elisabeth Congdon and her nurse, at the hands of Congdon’s adopted daughter’s husband. Tours of the estate are available, but questions about the murders can only be asked afterwards.

Urban Legend: Although there’s a drunken prankster, Ola Värmlänning, among Minnesota folklore, I can’t find much info about the character, so we’ll go with the Kensington Runestone in this category. The Runestone, which details the experiences of 14th century Scandinavian explorers, has been the subject of much debate over its authenticity. Most scholars have debunked the artifact as a hoax, but it remains on display at the Runestone Museum, in Alexandria.

Museum: Spam, the canned pork product, was invented in Minnesota. Therefore, the state is home to the Spam Museum, located in Austin. Visitors are offered spamples from spambassadors, with a highlight of the museum documenting Spam’s importance during World War II. Austin also celebrated Spamarama annually, from 1978 to 2007, with the event returning in 2019. The festival featured a Spam cook-off competition. 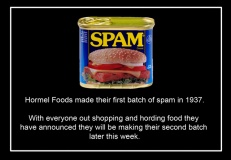 Firsts: The University of Minnesota has been responsible for many major medical developments. These include the first open heart surgery, as well as the first bone marrow, kidney and pancreas transplants in the U.S. The world-renowned Mayo Clinic is also a Minnesota institution, known for its treatment of patients and research programs, leading to many medical innovations.

Events: The Miracle on Ice, which saw the U.S. defeat the powerhouse Soviet Union (and later capture the hockey gold medal) at the 1980 Winter Olympics, was accomplished by a team loaded with University of Minnesota players and led by the program’s coach, Herb Brooks. The victory was iconic during the Cold War era and made all the more memorable by commentator Al Michaels call: “Do you believe in miracles?!”

Miscellaneous: Minnesotans must enjoy their leisure time, having invented a number of objects for fun on your own and with friends. These items include snowmobiles, water skis, rollerblades, the game Twister, Nerf balls, and Tonka Trucks. 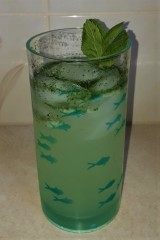 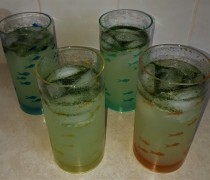 The Bootleg is a country club favourite in Minnesota. Some say the recipe first appeared during prohibition, used to mask the taste of alcohol. This drink was very good, which I mixed up for friends and family to enjoy poolside on a warm day. Anything is better than the alternative Minnesota cocktail of choice, the Beertini/Midwest Martini, which combines lager beer with green olives and brine.