When making a drink that involves cranberry juice, the Irish rock band The Cranberries often pop into my head. With that in mind, here are some of Ireland’s greatest musical acts:

One of the most successful bands on the planet, U2 has been releasing hit after hit since 1983. Although the unit formed in 1976, it took some time before they achieved commercial success, with the album War, which featured the track Sunday Bloody Sunday. The rest is history. 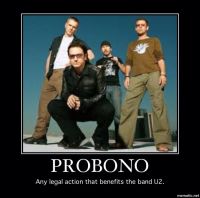 Morrison’s song Brown Eyed Girl always makes me think of Mrs. Sip and the artist is also known for hits such as Moondance and Into the Mystic. In 2016, Morrison was knighted for his musical career, as well as tourism and philanthropic achievements in his native Northern Ireland.

The new age singer is Ireland’s best-selling singles artist, despite never going out on a concert tour. Along with four Grammy Awards, Enya was also nominated for an Oscar and Golden Globe for her song May It Be, which was featured in The Lord of the Rings: The Fellowship of the Ring.

Most famous for her guest appearance on Saturday Night Live, where she ripped up a photo of Pope John Paul II – and in effect ruined her career – O’Connor is credited with hits such as Nothing Compares 2 U, which is still in steady rotation on soft rock radio stations around the world.

Known primarily for their The Boys Are Back in Town hit, the rockers came together in 1969. Sadly, founding member and band leader Phil Lynott passed away in 1986 after years of drug and alcohol abuse. Some members of the group now perform as the Black Star Riders.

We wrap up where we began. With songs such as Zombie and Linger to their credit, the group is still making music together, with the release of an acoustic album due out in April. The band’s members did take a six-year hiatus during the mid to late 2000’s to recharge the batteries.

Some other acts that deserve mentioning are folk bands The Dubliners, The Chieftains and The Irish Rovers, whose ‘trad’ music can be found in nearly every tourist attraction gift shop on the Emerald Isle.

Sip Advisor Bar Notes (4 Sips out of 5):
I was looking for some spice with this cocktail, so I used my UV Sriracha Vodka, which made for a solid drink. On the downside, I like using Cranberry-Lemonade as a mixer, but had to settle for plain old Cranberry Cocktail. Them’s the breaks.