I’ll cut right to the chase: the big event of this week was the bike and booze crawl Mrs. Sip and I organized for one of our friend’s birthday. While most of the pre-planned itinerary was quickly thrown out the window for one reason or another, the end result was a good time had by all (most importantly, the birthday girl) and everyone got home in one piece. I call that a success!

Our first stop along the way was The Pirate Pub under the Burrard Street Bridge. Here, the pitchers of beer (Whistler Powder Mountain Lager) and sangria were flowing, as we all loosened up for the ride ahead. The place isn’t very big, but the staff did a great job of quickly accommodating our large group.

After a long ride around Vancouver’s seawall and through Stanley Park, we eventually landed at the Big Rock Urban Brewery. Once there, I quenched my enormous thirst with a pint of their Hefeweizen, which really hit the spot. Meanwhile, Mrs. Sip ordered a tasting flight. Of her beers, I particularly liked the Roggenbier and Scottish Heavy the best.

We then walked over to 33 Acres Brewing, where six packs of their Sunshine French Blanche, Life Amber Ale, and Ocean Pale Ale, were purchased. En route to the popular location, we came across a park where many revelers were taking in the beautiful weather and relaxing with a beer, so we decided to follow suit. It was a wonderful way to enjoy the afternoon, in the fresh air and amongst friends. 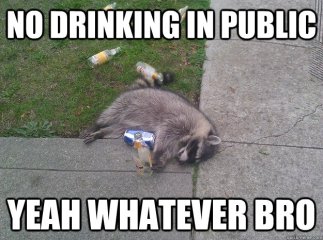 The evening portion of the day out began with drinks and food at Steel Toad Brewery. The experience was a mix of good and bad. Mrs. Sip and I arrived later than the rest of the group and waited about 40 minutes before we were asked for a drink order. During that time our table was brought a number of orders that didn’t belong to any of us and caused some confusion. On the plus side, all the beer we had was quite good – I had a Berliner Weisse and Oatmeal Stout, while Mrs. Sip tried their Berliner Weisse taster pack, which combined the beer with different syrups – and when one of our group members accidentally knocked Mrs. Sip’s beverage over, it was quickly replaced. I’ve had good times before at Steel Toad, so I’ll chalk the cons up to being an abnormality.

Our last stop of the night was Fantacity Karaoke, where we belted out the greatest songs of yesteryear with pitch perfect tones… or at least that’s how we’d like to remember it. It was a fun night singing our hearts out and losing our voices. I’m not sure what beer we kept ordering, but there sure was a lot of it. And we must have impressed someone, as we were invited into another group’s room for further musical interludes and pitchers of the sweet gold stuff, after our room rental had expired.

This was the Sip Advisor’s first foray into event planning on a larger scale and I think it all went pretty well. I have many other excursions planned for the future, so look out for those in upcoming Sip Trips articles!